Sunday story: At Bavutagudde, down came the Union Jack, up went the rebel flag

As India marks 70 years of its independence from British rule, few know that the rumblings against the British taxmen aka the Collector began in Mangalore where in 1837, 20 years before the first Mutiny, the revolutionaries went to  Bavutagudde and brought down the Union Jack that was hoisted there. The revolutionaries then hoisted their own flag . The South Canara Gazetteer (Published by the government)  records the event but Bavutagudde is little known, as is Bikarnakatte, its name derived from the Kannada word 'Bheekara Nyaya Katte,' meaning a place where the most harsh justice was executed, where the revolutionaries were hanged. Gururaj A. Paniyadi reports.

In 1837, that is twenty years before the first war of Independence that shook the East India Company in India, people of Dakshina Kannada district had fought and for two weeks succeeded in freeing the coastal city of Mangaluru from the British rule!

This year is the 180 years of the great historic event where the armed revolutionaries freed Mangaluru from the British, brought down the Union Jack flag of the British and hoisted the revolutionary flag at Bavutagudde. 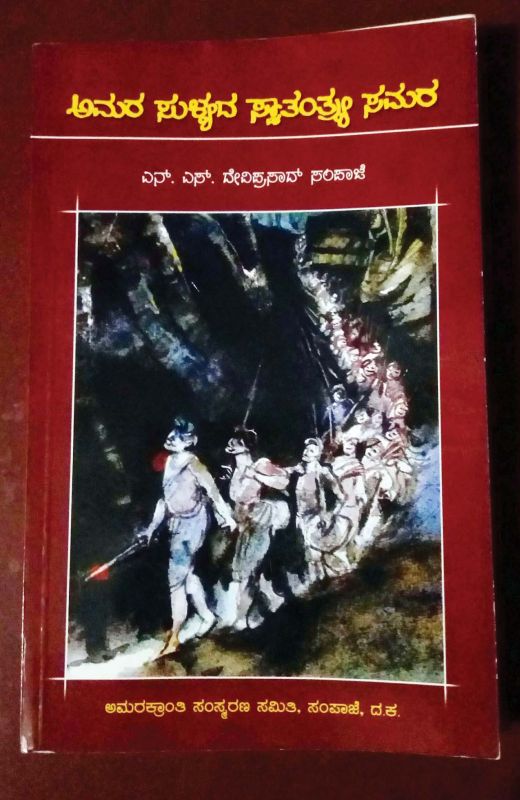 Though Mangaluru takes pride in this event and organise a program to mark the 180th anniversary of this event, hardly anyone remembers that their ancestors fought the first armed movement of the region against the British, 20 years before the first war of Indian independence in 1857!!

People of Kodagu and Canara (Coastal Karnataka) were unhappy with the British rule on various issues which lead to the rebellion against the British. In 1837 this anger turned into a movement against the colonial masters.

The rebellion was started at Kodagu by leaders like Aparampara, Kalyanappa and Puttabasappa. The leaders brought it down to Sullia, Puttur and finally ended in the liberation of Mangaluru - the seat of the British Collector.

By March end the fight against the British gained momentum in Dakshina Kannada. Revolutionaries fought back the British and pinned them down in various parts of the district.

Bavutagudde literally means the Hill with hoisted flag. The hill is an elevated place in Mangaluru. The entire old City (including old port) of Mangaluru is visible from this place. It is believed that British had their flag at this place as it was an elevated place and also a military post. This flag was brought down and revolutionaries hoisted their flag marking freedom from the British rule.

But this place has been completely forgotten by the people. Even authorities and politicians have forgotten this and no-one even organises a commemoration to remember this event.

Bavutagudde is now just a name as any other place and the historical importance has been completely forgotten.

It is said that for 13 days the rebels held control over Mangaluru city “Though revolutionaries had victory first, it was short-lived. The British reinforcement arrived at Mangaluru from other places and recaptured the city. The rebels were arrested by the British. If some were deported to Singapore as a punishment, many of the key leaders including Banga King were hanged at in public at Bikarnakatte in Mangaluru. This was a move to send a message that rebellion against the British would not be tolerated and would be punished severely,” Dr Peter Wilson Prabhakar added.

The place where the revolutionaries were hanged is known as Bikarnakatte. It is believed that the name has been derived from Kannada word Bheekara Nyaya Katte, meaning a place where the most harsh justice was executed. Over the years Bheekara Nyaya Katte came to be known as Bikarnakatte. Even this place is not much remembered by the people. Sadly there is neither any memorial nor any place to remember the first ever armed revolution against the British in Mangaluru. 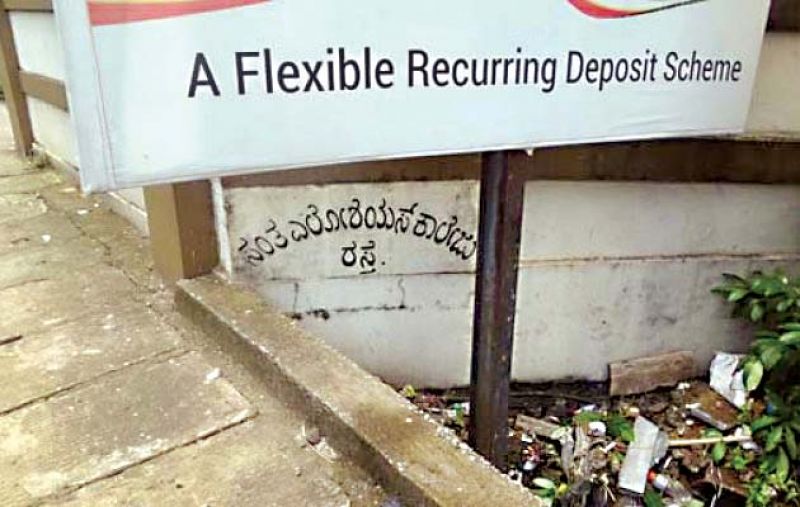 Row over naming of road
Interestingly despite Bavutagudde having such an important place in the history pages, naming the road here is now run into controversy. Though Bavutagudde is a historical place where the revolutionaries hoisted their flag after defeating the British, the road here is now in controversy as there is a fight between two groups on naming there road. If one group wants it to be named after Mulky Sunder Ram Shetty as per MCC resolution, another wants to be named after St Aloysius as the college is situated on this hill. Third group has demanded it to be named as Idgah Maidan road as there is an old Idgah there. However Amara Sullia Horata Samithi has been demanding this road to be named as Bavutagudde Road.