London: "Hope" the blue whale takes over from "Dippy" the dinosaur as the centre piece of the revamped atrium of London's Natural History Museum despite a spirited campaign to keep the much-loved attraction.

The towering replica skeleton had been in the museum for more than 100 years and news of its impending demise in 2015 sparked an outcry from dinosaur fans who sent the hashtag #savedippy trending on Twitter.

Some 14,000 people signed a petition to stop the move. 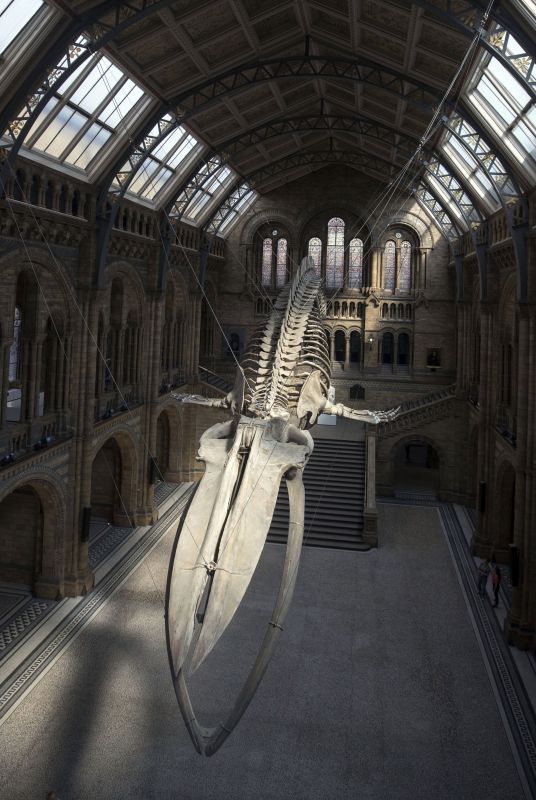 But the museum said the skeleton of the blue whale, the largest animal to have lived on Earth and which has been hunted to near extinction, would better raise awareness of mankind's impact on nature.

The 25.2-metre (83-foot) real skeleton suspended from the ceiling "is a powerful reminder of the fragility of life and the responsibility we have towards our planet," museum director Michael Dixon said.

The whale was previously in the mammals section but was not fully in view and will now take centre stage in the diving lunge feeding position in Hintze Hall, a cathedral-like space built in the late 19th century.

Fans of "Dippy" need not despair as the replica will in any case be preserved for posterity in a bronze cast to be placed outside the museum.

Prince William's wife Kate, the Duchess of Cambridge, is due to attend a gala launch reception for "Hope" later on Thursday along with famous British conservationist David Attenborough.

There were estimated to be around 250,000 blue whales in the world's oceans in the 1800s but commercial hunting brought the species to the brink of extinction in the 1960s with just 400 specimens left.

Legal protection from hunting has since seen their levels rise up to around 20,000 now.

The skeleton on display is of a whale that became stranded in Wexford Harbour in Ireland in 1891, 10 years after the opening of the Natural History Museum.