Championing her culture, one picture at a time

After a particularly disturbing incident, a determined yet disgusted Amoolia Sai Kodukulla got down to work with a strong message for Indians like her on foreign soil: “There is no shame in showing who you are.” Comprising a series of photographs of popular international celebrities clothed in Indian ensembles, ‘The Touch of India’ soon exploded on social media. But there is more than what meets the eye when one glances through sari clad photos of Taylor Swift and Rihanna — it’s the unsettling reality behind the works of Amoolia, a graphic design student at OCAD University, Canada.

Amoolia, whose father is from Eluru, Andhra Pradesh, and mother from Mumbai, adds, “I am a Kuchipudi dancer and have been learning Carnatic music for over eight years. Even though I have never lived in India, I have lived in a community full of Indians. The love for the culture has always been within me, and I would always paint portraits of Indian women to hang on my wall,” she says. 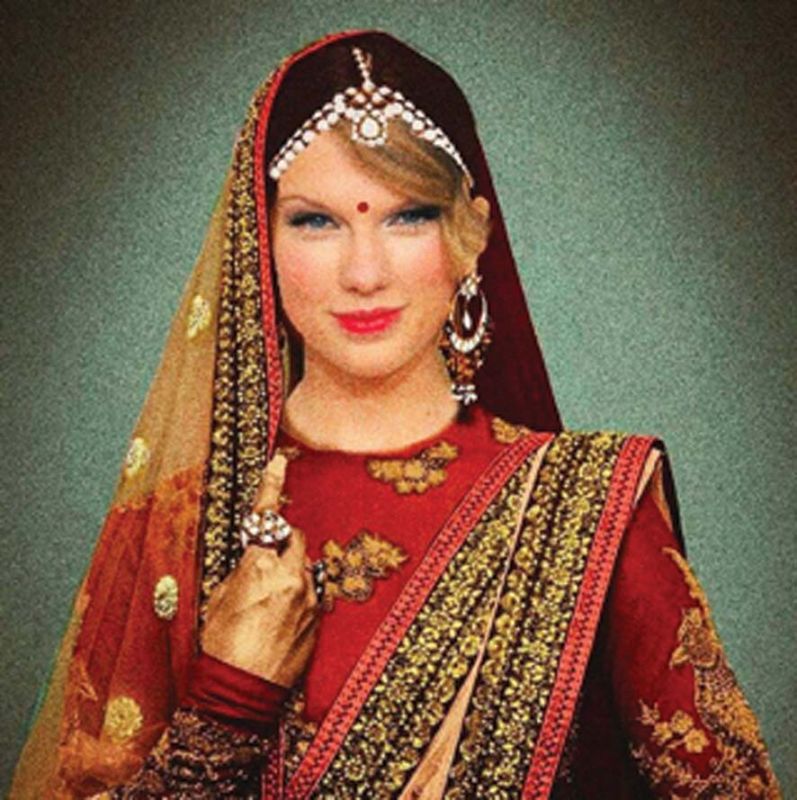 Even though Amoolia and her family have always been proud of their culture, the reception hasn’t always been heart warming.

“‘The Touch of India’ sparked when I was at a bus stop and noticed a few girls secretly laughing at a lady who was wearing a salwar-kameez, a leather jacket and running shoes. The girls found the woman wearing running shoes with a salwar-kameez very funny,” says Amoolia who was furious that the girls were making fun of a woman from their own culture.

“I decided to use celebrities in Indian attire to see how people would react to that — people loved it but when I would post other paintings of Indian women, the reaction was not on par. That’s when I learned how influenced we are by celebrities. Therefore, I use the illustrations to spread a message — embrace your culture no matter where you are.”

Even though Amoolia and her family have always been proud of their culture, the reception hasn’t always been heart warming. “Canada is home to so many nationalities and is a very welcoming country. But what I have realised is that the problem lies within people of our own culture. I have faced racism; in high school, I’ve have been called a ‘fob’ for embracing my culture,” she says, adding, “My father is very keen on following traditions. He wears kumkum in and out of the house, all week. But when he wears it out in public, he always gets stared at.” 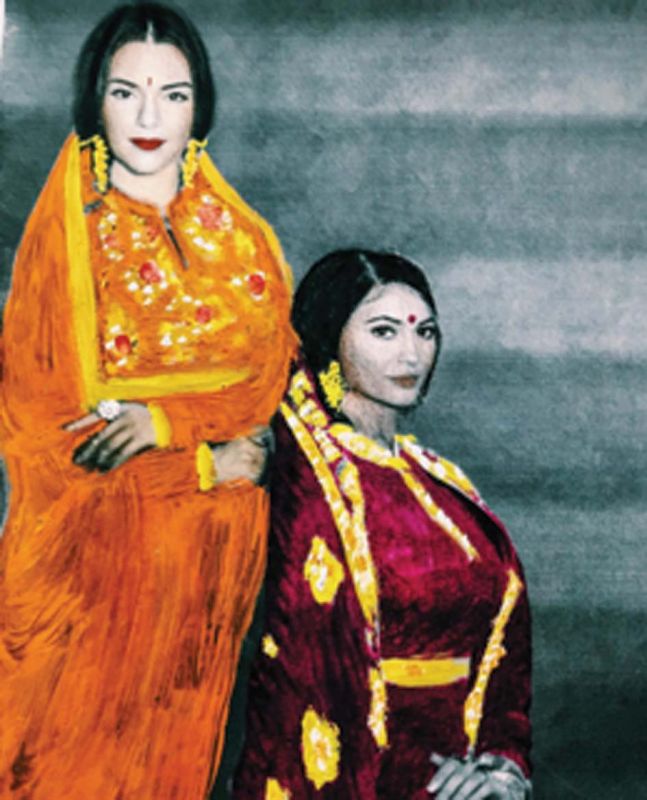 But the criticism has not stopped Amoolia’s family and neither will it stop her from making more illustrations no matter how pointless some people might see them as. “The first painting I posted was to see how people would react and to my surprise, people understood and that’s what kept me going,” says Amoolia.
She adds, “I want people to not be ashamed of who they are. A lot of people have not understood the idea of the series. But as they say, focus on the brighter side! The series is not intended to put down any culture, people can appreciate other cultures but our own should always be first.”