Oneil Batchelor was also in his 20s, but unlike the students of Georgetown University, he was not studying there. A janitor at the university, Oneil cleaned the hallways, tables and the premises, unnoticed or probably he was invisible to the students, until Febin Bellamy, one of the students at the university, started wishing him every day and within a few days they became friends and indulged in conversations. Febin then got to know that like his classmates, his new friend Oneil, an immigrant from Jamaica, too had a dream of becoming an entrepreneur, had opinions about politics and liked music. As Febin puts it, “Once you start noticing them, you can’t stop doing that.”

Febin, who is a half Malayali and half Trinidadian, could share his feelings of being an immigrant with Oneil, and for the first time, felt that how mean people (including him) are, to consider these people just as those destined to provide domestic help and clean places. Febin therefore started a Facebook page called Unsung Heroes in order to promote awareness and appreciation for the workers on college campuses who keep the university running behind-the-scenes but often go unrecognised and unappreciated. 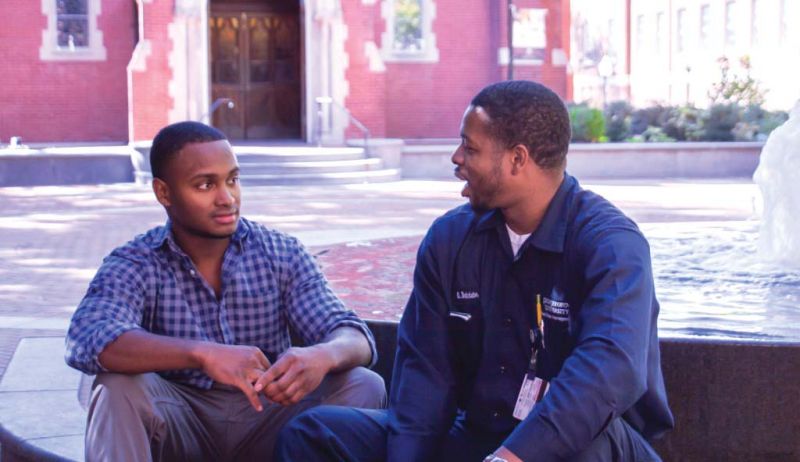 Explaining his inspiration behind starting Unsung Heroes, Febin says, “After learning about Oneil’s personal story of how he wanted to become an entrepreneur, I remember wishing that everyone would actually take time to get to know unsung heroes like Oneil. And not just workers like Oneil, but other unsung heroes from different departments within the Georgetown community. ” I wanted to acknowledge them for their services somehow and as I got to know them on a personal level, I thought about sharing their unique stories and giving them the spotlight. Every worker has a unique story. We just have to take the time to listen and show a level of acknowledgement.”

Febin’s approach helped to break the barrier between the workers and the students and started resonating with people. The social media posts that included a worker’s photograph and a quote that reflects who they are as human beings — not just as workers in our schools was immensely liked by people. “Regardless of colour of skin or socio-economic background, people connect to stories and when we published our first posts on social media in April 2016, we received great feedback from students on campus who thanked us for raising their awareness,” he added. 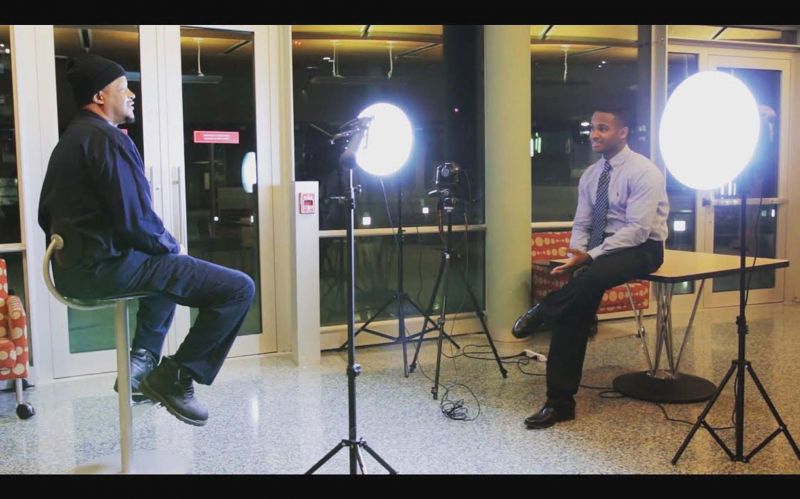 Febin speaking to an unsung hero

Unsung Heroes was welcomed by the students so much so that within the first two weeks of its launch, it gathered a loyal social media following of over 2,000 people. It has now established a social media following of 10,000+ people with an average of 600+ likes per post, reaching up to 1,00,000+ people per week via Facebook insights. Apart from invitation from TEDx, Febin’s out-of-the-box initiative also gained him a position among over 1,000 young leaders, entrepreneurs, change-makers from over 95 countries. He was among the six finalists of the United Nations Outstanding Youth Delegate award. Sharing his feelings on the TEDx talk, an overwhelmed Febin says, “It was an incredible experience. I spoke about my motivation for making a difference, which comes from recognising the workers who are often invisible in our communities.”

Unsung Heroes is now an official Washington D.C registered non-profit organisation which has expanded to 10 schools nationwide and are on track to expand to 50 universities by September including universities outside of the U.S. such as Cambridge University. The volunteers of Unsung Heroes have also started crowd funding to help these workers attain their small dreams like Ms. Frankie’s of going to Disney World with her grandson. Oneil Batchelor is now an entrepreneur and runs a chicken joint. He has just been featured in a Facebook, Inc. video that will be shown to Mark Zuckerberg (CEO) and his Facebook entire team next month. Febin had spent the first five years of his life in Pampady, Kerala, with his older sister, grandparents, uncle and aunt. During his time in India, he learned  Malayalam, which he still speaks very well despite living in the US all these years. Febin has not forgotten his roots and had also visited India in 2015. He says that he definitely plans to spread this initiative around the world — particularly India.