On a mission to make the world a healthier place, interventional cardiologist Dr Sujeet R. Punnam and medical educationist Dr Murali Bharadwaj co-founded a comprehensive platform called Click2Clinic in March last year. The platform brings healthcare in all its various forms to a patient’s doorstep.

“In modern times, general practitioner clinics are becoming extinct and everybody prefers to do an MD/MS specialisation. Diagnostic centres, hospitals and doctors can be accessed by just a swipe on a user’s smartphone,” says Dr Murali, a physician with an MD in General Medicine from Nizam’s Institute of Medical Sciences.

Now, when healthcare is delivered at home, quality control, practice management by clinical protocols and seamless communication between healthcare provider and patient becomes crucial. Thus, with the aim to become the wellness partner of every family, Click2Clinic has started an app-based medical consultation company. It’s also a healthcare aggregator of hospitals, clinics, diagnostics, pharmacy, ambulance services and allied health services.

The app, called Clinicopedia, features the aggregation of doctors, nurses, physiotherapists, etc and enables them to be localised by patients on GPS. “So that without a clinic, providers can get leads to deliver the service at a patient’s home,” says Dr Sujeet, an alumni of Kakatiya Medical College, Warangal and Michigan State University.

“Geriatric and postoperative care in a hospital costs about Rs 10,000 per day on average, whereas the same quality care at home can be delivered at one tenth of the cost with greater focus and attention on a good remote monitoring telemedicine platform which is Clinicopedia,” adds Dr Sujeet, who currently lives in the US.

India’s geriatric (above 60) population stands at a figure over 100 million, constituting 8.6 per cent of the total population. “Two million out of this is in a debilitated condition and bedridden; struck with cerebrovascular accidents, dementia or are dialysis; have terminal cancer, infectious disorders, orthopaedic morbidity, etc. They need home care monitoring with a caretaker, general nursing duty assistants, acute care nursing, physiotherapy and medical doctor care at home with quality service delivery. That germinated the seed of Click2Clinic,” says Dr Murali, who is the CEO of the start-up.

Being first-generation entrepreneurs, their journey is rough and tough; it demands a lot of patience and perseverance. “It required us to overcome a lot of competition,” comments Dr Sujeet, who is the chairman of Click2Clinic. 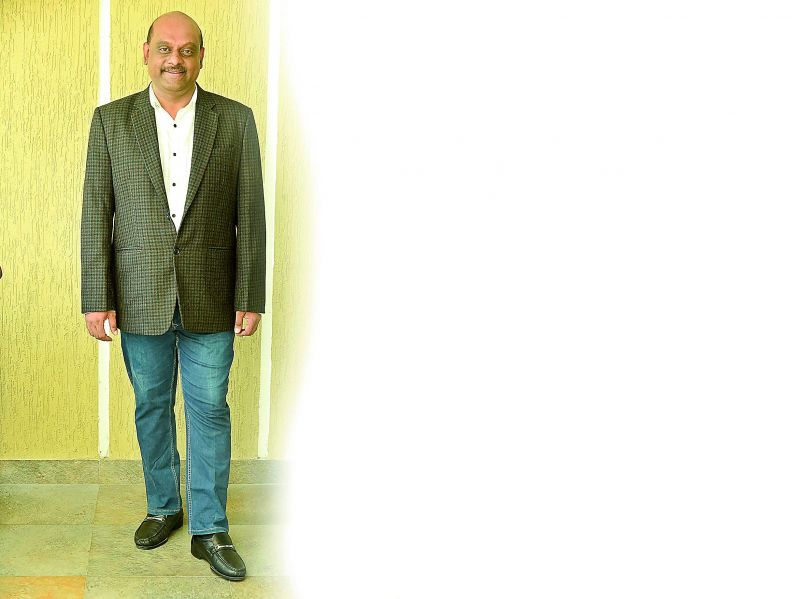 Both the co-founders believe that a start-up idea that cannot attract angel funding in the early stage is not worth pursuing.

Divulging details about their fundraising journey, Sujeet says, “Though we had an option to raise more, we initially raised Rs 2 crores at a valuation of Rs 20 crore from 10 angel investors in March 2016. Eight of the angel investors are super specialist clinicians practicing in USA. We also have Srinivas Sattiraju, CEO and founder of logisitics company Delex in Mumbai and Ravindra Madduri, director of Barclay’s Bank in London as angel investors. In April 2017, we also raised an extended seed series of about Rs 6.5 crores at double valuation from two institutional investors Nivano Health and Connection Health in USA.”

Talking about some early problems, Dr Murali says, “We expected that the mobile app for home health would be received like Uber but it wasn’t. People use a taxi app everyday but a healthcare app once in two to three months. Hence, to sustain the app is a challenge. The moment we added social community features of chatting, connections and formed clinical support groups, there was a greater retention of Clinicopedia.”

Home healthcare is a significantly disorganised business serviced by thousands of small players and a select few well-funded enterprises. “We look forward to grow in 52 cities with more than one million population and 120 locations in rural and semi-urban India. We have recently acquired Bengaluru-based Wellness Care at a revenue of Rs 1 crore and are in final stages of similar acquisitions in Mumbai, Chennai, Aurangabad and Pune in the next financial quarter. We have also raised a Rs 1.5 crores seed funding from Malaysian doctors and are in final talks to start fundraising for expanding to Bangkok, Thailand and Vietnam,” says Dr Murali, who is extremely passionate about chasing and employing new ideas.

Vaishali Shadangule displays Indian fabric and weaves to the world