Among a barrage of cringe pop stars flooding the internet for the past few years, Dhinchak Pooja was the most recent viral sensation to be slammed by the social media who at the same time couldn’t stop talking about her. Shortly after ‘selfie maine leli aaj’ Pooja shared another video and even landed in a soup for featuring on a scooter without a helmet.

In the latest controversy around the aspiring singer Indian social media users love to hate, Dhinchak Pooja’s videos have been removed from YouTube. While the development is sudden, clicking on old video links shows that copyright issues seem to be the reason for this action. 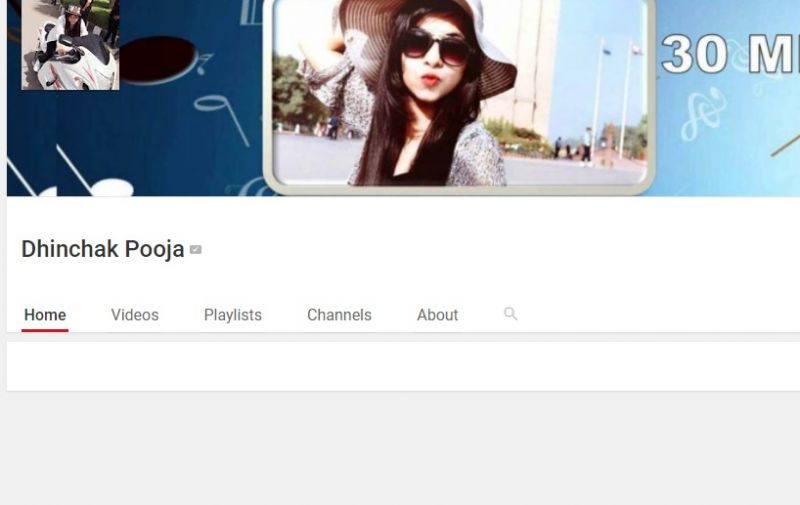 The plot thickens as the person who claimed the copyright shares his name with another much talked about character of our times, Kathappa. There isn’t much information on who this Kathappa Singh is, but the internet just ended up with 12 less videos to cringe about and one faceless hero to be grateful to.

YouTube’s privacy policy says that people can get videos pulled down if someone uploads their footage without their permission. So there’s a good chance Kathappa Singh may be hidden inside the video.

As of now why Kathappa killed Dhinchak Pooja’s happiness remains a mystery for the internet.

■Here’s why Dhinchak Pooja rode into trouble
■Dhinchak Pooja is back with a ‘Selfie’ song and the Internet can’t get over it
■Is ZenFone Live dhinchak Pooja’s next item?