Actress Samantha Akkineni is going great guns, both on the personal and professional fronts. She delivered several hits and has also garnered appreciation for all her performances.

Of late, the actress is also ruling the roost on social media, where she is uploading her fitness exercise videos, where she follows a “killer routine”. Ask why she is lifting such heavy weights and doing intense physical workouts, and Samantha replies that she wants to show the world that women are very strong and equal to men in every way. “I also want to dispel the notion that these kinds of exercises may be harmful for women,” says Samantha, who adds that women are usually stereotyped by society.

“There is this age-old belief that women can only do cardio and if they train like this, they will get all bulky like men. But just like women are strong on the inside, we are strong even on the outside, which is what I want to prove,” declares the actress, adding that people often judge a woman purely by her appearance and think that she can’t do anything.

“People go by appearances but one should never judge a book by its cover or think that you know everything about a person. They might be something that will shock or surprise you! For instance, I might be petite, but am able to lift heavy weights if I have to,” says the feisty Sam.

“It’s a misconception about women in every aspect of life. But I want to dispel those myths and prove that women can do everything just as well, if not better than men,” says Sam, who admits that she likes challenges. “I always like challenges, whether it’s onscreen or off.

“When I first started weight training, I failed many times but took it up as a challenge. Then, after several attempts, I finally lifted the 100 kg weight and now, it’s easy for me. You just have to try it. Many people are scared of failure and give up too easily. But once you succeed, it changes your thought process even about life in general,” says the actress. 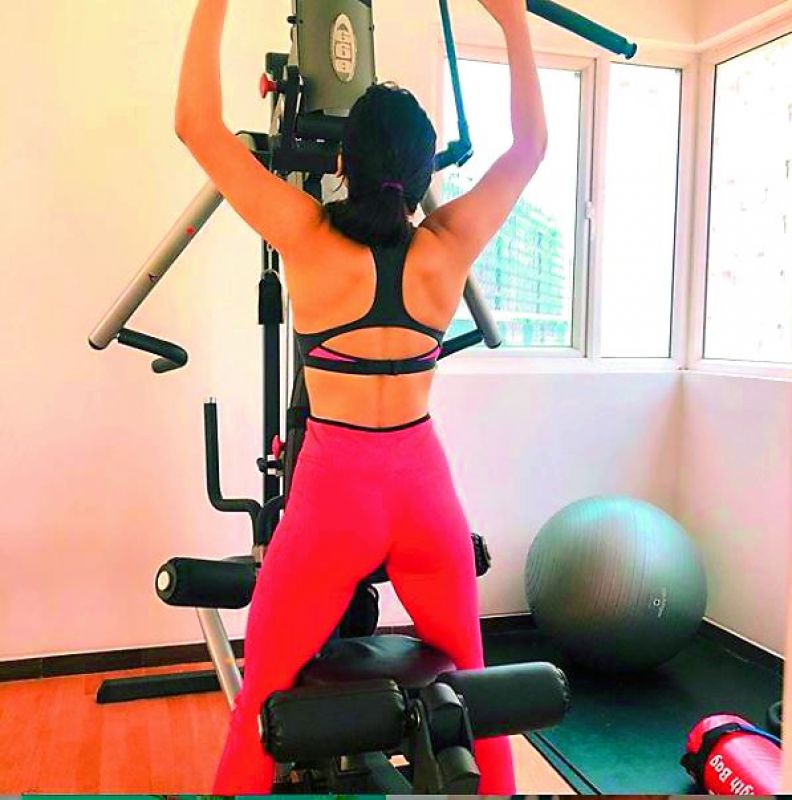 Surprisingly, she reveals that she never follows any diet. “I eat everything. In fact, on Sundays, I eat even more,” she says, and adds, “I work out for only 45 minutes in the gym.”

When asked why she pushes herself to such extremes, for a super toned body, considering most South Indian directors want their actresses to look “plump”, Sam responds, “I have always been signed on only for my acting. No lead actor is ever asked to put on weight to look more glamorous. However, if the role demands, I will definitely put on weight, but not to look glamorous for songs.”

Crediting husband Chaitanya as her inspiration, she adds, “People know about my training because I put up pictures on Instagram, but he trains a lot too, and in a very systematic way. It’s because of him that I started doing all these sessions.” Urging all girls and women to lift weights and get strong, Sam says, “I want girls to stop being scared of weights. It actually makes you very strong. Then you don’t need anybody to look after you.”

On the film front, Samantha’s next movie, O Baby is all set to release on July 5. “I took a decision that I will do good films or else sit at home. After that decision, I did Rangasthalam, Mahanati, Majili and Super Deluxe, so my choices are pretty clear. I wanted to do a comedy film before I retire, and my wish has come true with O Baby,” declares the actress.