From a handful to plenty

Indian Football team celebrates as they lift the Intercontinental Cup 2018.

The clock was hitting eight and there was a slight drizzle in the Mumbai Football Arena. Sunil Chhetri and his boys were walking out to the pitch with a giant three-dimensional tifo going up leisurely. It was a blue tiger, which was over 30 feet tall, embedded on a bigger net. The spectacle was dreamlike for Indian football.

To be precise, 8,990 fans filled the stadium to its maximum capacity. The Viking Claps were amplified, louder than ever. Another remarkable thing — the fans now know that there are other players in the team and not just Chhetri.

The disappointing attendance figures (2,569) against Chinese Taipei was long forgotten. Fans responded to captain Chhetri’s emotional video appeal and tuned up in huge numbers; with energy for two games against Kenya and one against New Zealand. Chhetri did not let the fans down on any occasion including the final. Two sublime goals from the skipper were enough to lift the cup against Kenya. There was never a dull moment even in the dreariest passages of play. 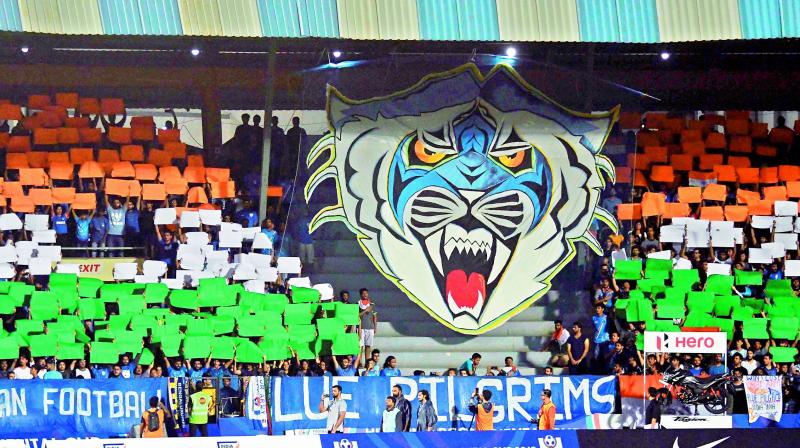 A blue tiger over 30 feet tall, embedded on a bigger net during the match.

And the team recognised this effort. The squad completed their customary round of the stadium to show appreciation to the fans in every corner of the stadium. The players had to thank the Blue Pilgrims, the official fan club of the Indian football team, for creating such a spectacle on a special night. Sandesh Jhingan raised his hands in the air and called the fans for another Viking Clap and 8,990 fans obliged by taking the sound decibels to a greater level.  The Intercontinental Cup was only ten days long but the effect that it has left on football is admirable.

Bollywood’s support
Abhishek Bachchan’s Twitter bio reads, “Actor, sports fan.” He is not one just for the sake of it. Seated among the fans, he was present throughout the competition. After the post-match ceremony, he even waited to meet his Indian Super League franchise Chennaiyin FC’s striker Jeje Lalpekhlua. “This is the kind of support Indian football needs,” said the actor.

Shahid Kapoor also supported the men in blue and tweeted, “It’s time we showed support for our Indian Football Team and @chetrisunil11! Join me and let's make sure #BlueForever #BlueTogether echoes throughout India!! (sic)” 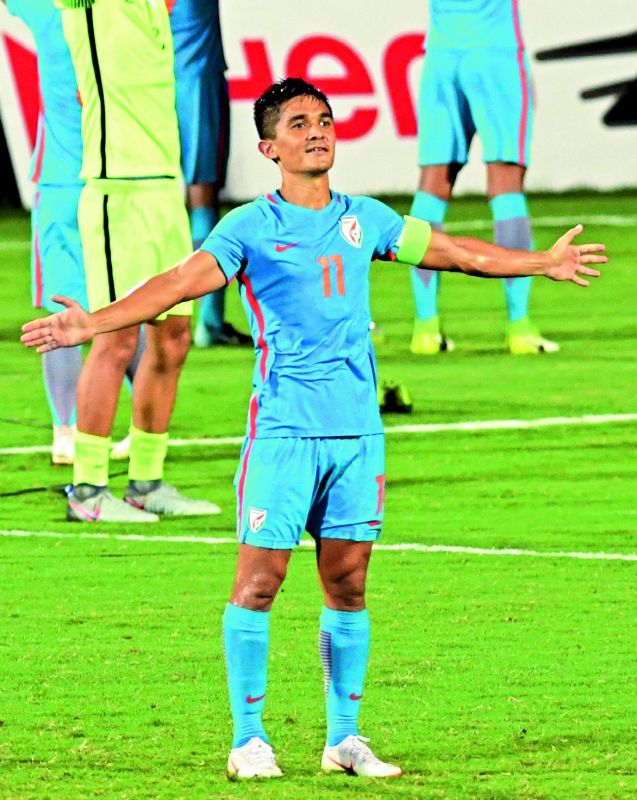 The pilgrimage
The Blue Pilgrims group unfurled ‘TIFO 3D banner’ on the day of the final, which was a first in the history of Indian football. “Four guys waited up on the roof. When you pull the strings, it (the tifo) goes up,” explains a Bengaluru FC fan, who is part of the Blue Pilgrims group. In just a day, a group of 15 people drew the blue tiger’s face on huge chart paper. “It was 30 by 30 feet in total,” he says. “We wanted to do something special for the Indian Team; something that has never been done before.”

The Blue Pilgrims is a collective unit of passionate club fans from different cities coming together to support India. Just like the European football culture, there were individual chants for each player and they have pretty much made Iceland’s Viking clap their own.