Stories that can change your life

Saroj Anilkumar speaking at the first edition of SWS meet-up in Kochi.

The story begins in Varanasi, in January last year. Himanshu Poswal, a Haryanvi, and Mohit Munjal, a Punjabi — childhood friends — were at a ghat where they chanced upon a gathering — a group of random people comprising pilgrims, tourists and natives sharing their life stories. The duo was fascinated by the bliss on their faces and the warm bonding these random people shared. Back home, in Delhi, where the two were engineering students, they decided to act. Thus, Stories Worth Sharing was born. 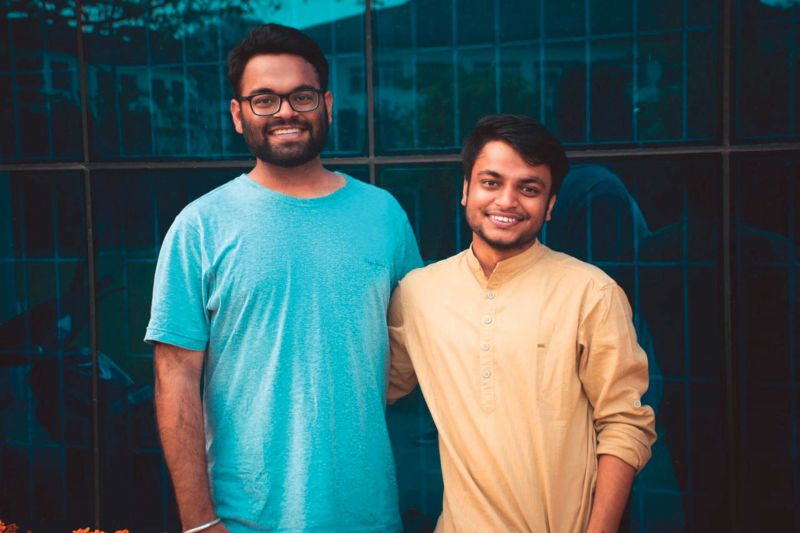 Shedding more light on their brainchild, Himanshu says, “Stories Worth Sharing (SWS) can be called a community or an activity where everyone gets a chance to tell life stories. There are a lot of platforms for achievers to talk about their inspiring journey, but none for a commoner. SWS is such a platform where everyone can narrate stories.” By story, he doesn’t mean an autobiographical account; any incident — happy or sad — would do. All that matters is that people chat and bond.

From the SWS meet-ups in Nashik and Kochi.

The first SWS meet-up happened around two months after the Varanasi trip — at Lodhi Gardens, Delhi, where the ‘storytellers’ gathered after knowing about it from social media. After the chat, people left happy, excited and rejuvenated. The real impact of what they organised struck Himanshu and Mohit a few days later when an anonymous mail arrived. “Someone wrote to us that s/he was on the verge of suicide and attending the meet-up made that person choose life instead. For two 20-year-olds, that was like a jolt. That was the moment we realised the potential of the activity,” Mohit recalls. In three months, SWS met again, this time, in Bengaluru; one and a half months after that, in Chennai, and since then, meet-ups happen almost every weekend. 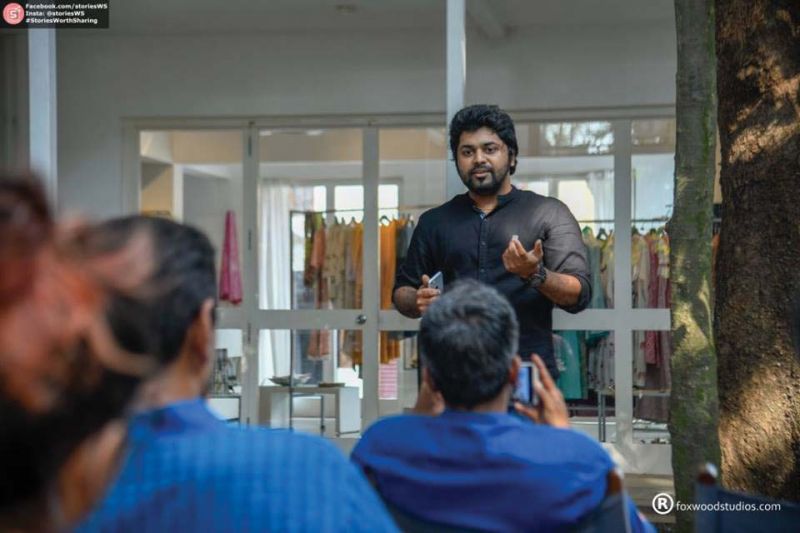 The team has, in the past one year, held 88 sessions in over 65 cities all over the country. The 89th session is scheduled for Sunday in Kochi – at Studio Pepperfry, the registration for which is free. “We don’t charge money for sessions, but at a few cities the attendees have the option to donate at their will,” he says. The upcoming Kochi meet-up is the second edition of SWS in the city; the first was in March.

Both the events are hosted by Saroj Anilkumar, a Thiruvananthapuram native who works as a sales executive in Delhi. Explaining how she got smitten by the stories, Saroj says, “My first tryst with SWS was when I attended a meet-up in Thiruvananthapuram where I talked about my journey from being an introvert to becoming the confident person I am now. I was touched by the sincerity of Himanshu and Mohit, and the people who gathered were soon like family. I decided to share the joy with everyone and took the initiative to bring it to Kochi,” an excited Saroj says.

The frenzy was catching up like anything. A person who attended the meet-up in Bengaluru took it to Pondicherry and the one who listened to the stories in Agra took it to Chennai. The presenters and listeners spread the word and hosted the sessions in their cities. Detailing the structure, Saroj says, “Each session has 15 speakers – the ones who register first. The rest are listeners. Each person gets six minutes to speak about anything under the sun, except politics and religion. The advantage I see is that people open up before strangers because no one in the crowd judges them. What was sweet during the sessions turns sweeter afterwards. Through social media, they stay connected and always ready to help each other, wherever they are. With their support, these people dare to make the move they have been dreading to – from career changes to divorces.”

She lists out the examples of Rittu J. Jacob and Johann, who, together, went on a bicycle journey with a campaign; Arun who became a life coach, Manaf who runs an event management firm, Aleena who went on to win a beauty pageant, so on. The SWS has chapters in all the cities they have been to, and also in Dubai, Oman and Singapore, where inspired people have joined hands. Himanshu and Mohit are glad and proud of the journey; they have just shared their story at a TEDx conference. They say, “The exciting time we spend together sharing stories prove again and again about how beautiful the world is and how great it is to have such a huge family. As each session ends, everyone takes home a bundle of sweet memories.” And a souvenir – a personalised postcard with a quote based on the one word an attendee describes oneself. For these youngsters, the word must be ‘earnest’.