When Shah Rukh Khan popularised fairness to be a precondition for becoming a handsome and successful man in the Fair and Handsome TVCs, young men in their twenties were flocking to get that taste of promised success.

In India, the celebrities are not only made out to be the role models but are also responsible for setting certain aspirations for the common man. Realising the potential of this impact on the public mindset, advertisers and manufacturers, for years, have collaborated with tinsel town folks to weave narratives of demand. So when the new age mother Madhuri Dixit Nene forced her kids out of bed to feed them ‘healthy’ Maggi in a television commercial (TVC), mothers across the board were compelled to believe that it can be an alternative to other healthy breakfast. Or when Shah Rukh Khan popularised fairness to be a precondition for becoming a handsome and successful man in the Fair and Handsome TVCs, young men in their twenties were flocking to get that taste of promised success.

However, earlier this week, a wrecking ball came rushing towards the stakeholders of such advertising in the form of the Consumer Protection Bill, 2019. The Bill replaces its older version from 1986, and is illustrative of the government’s efforts to address modern problems faced by consumers. One of the interesting facets of the law is that now, in addition to the manufacturers and service providers, celebrity endorsers are also liable for punishment in the cases of false and misleading advertising.

Welcoming this new move, consumer rights activist and the Chairman of Mumbai Grahak Panchayat, Shishir Deshpande, explains “When celebrities like cricketers and famous artists like Amitabh Bachchan and others promote any particular brand, there is a huge impact on the consumer’s mind. Now, over a period, people and the government have realised that the claims made by advertisers by using the artist and celebrities may be false or misleading. There has to be some accountability for that. That’s why the government and the Parliament have taken a very strict view on this.” Hence, under the law, a celebrity endorser found guilty of false advertising will be penalised by a fine up to 10 lakh rupees and one year ban on select endorsement, and for a repeat offense, the fine is up to 50 lakh and three years ban. 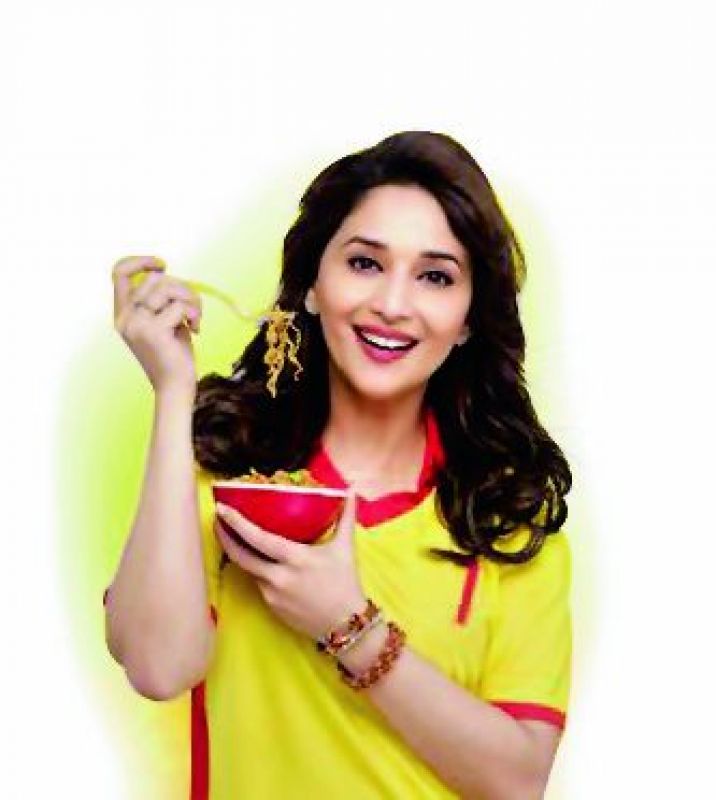 So when the new-age mother Madhuri Dixit Nene forced her kids out of bed to feed them ‘healthy’ Maggi in a television commercial (TVC), mothers across the board were compelled to believe that it can be an alternative to other healthy breakfast.

So when in 2015, Maggi was banned by various state governments due to the alleged high content of lead and monosodium glutamate (MSG), or when a Delhi-based man sued Emami for false advertising of Fair and Handsome, no fingers were pointed at Dixit-Nene and Khan, the respective endorsers. Now, all that is set to change. In fact, brand consultant Shradha Agarwal, COO, Grapes Digital, reveals that the change is already here. “Nobody used to hold up celebrity endorsers before. They were not questioning any kind of creative communication that we were putting through their mouth on the TVC or the digital content. But to be honest, we have already started seeing messages from the managers of these celebrities, asking for research papers that say that the communicatuion statement is supported by facts, passed by a body, or if Indian Medical Association has agreed to this,” she reveals.

Naturally, it also has made the jobs of advertisers and marketing specialists difficult. “It’s a huge challenge because you can’t get them to sign up for anything now. And these guys have started questioning it, and this is getting reflected on the end of YouTubers and social influencers as well,” adds Agarwal. Aman Abbas, founder and the CEO of Commwiser Communications, echoes that it would become difficult for celebrities to sign up brand promotion deals.

“One can bring due diligence into whether the product or the claims are fraudulent or not, but beyond that, it’s difficult for the celebrities to figure out whether in the future the brands will do certain malpractice or not,” he says.

Since celebrities do enjoy such reverence, the move is likely to get them to respect their followers as well. “When one endorses, it comes to form a place of grave validation. And then the mass following, which we have in our country, moves with the philosophy, believing that ‘if I imbibe this in my life, I will get the result’. Now, it comes with a penalisation, so it further makes celebrities more thoughtful of what they are doing, because they have a lot of responsibilities on their head as it governs the whole country,” says image consultant Chetna Mehrotra.

“People in Tier 2 or Tier 3 cities don’t even remember the brand name. When they walk in the shop and ask for Ranbir waala paint (Ranbir’s paint) or Vidya Balan wala soap (Vidya Balan’s soap), it’s a huge concern,” she says.