An atheist to the very end

A practicing atheist and a man of the masses, Kalaignar Karunanidhi was laid to rest sans any rituals, in keeping with his ideology and personal beliefs. Should the family have done away with the memorial too?

Even as lakhs of people thronged to get a last glimpse of their beloved Kalaignar, it is significant to note that there were no religious rituals or priests present at Karunanidhi’s burial, making this farewell for a public leader probably the last of its kind in independent India.

Instead, the State funeral for the five-time Chief Minister of Tamil Nadu was conducted with military precision, with the armed forces in charge of all the arrangements. The family took a backseat during the procession, gathering at the burial site beforehand.

Every wish of the party patriarch and well known atheist in the Periyar tradition was followed during the funeral. Karunanidhi’s family chose a coffin with an inscription — in typical Christian or secular tradition — to lower the remains into the ground. No religious rites were performed although some of his closest kin followed an old Indian tradition of dropping rice into the coffin.

Why a memorial?
Having donated his ancestral home in the village as well as his residence in Gopalapuram in Chennai to a hospital trust, it may well be argued that MK, as a practicing atheist, did not go the whole hog in donating his body to science. Perhaps his kin may have opposed such a move as well.

So whether MK wished it or not, a memorial is likely to follow so that his supporters have a site and an epitaph to remember the leader by. This move, many argue, takes away the “true atheist” tag given to the leader.

Fought the caste barriers
In his lifetime, Kalaignar had done a lot to break down the caste barriers and take up the cause of the disadvantaged and the downtrodden. An upper caste dominated society had prohibited the Dalits and lower castes from entering Tamil Nadu’s temples and their funeral processions could not even enter Brahmin-dominant streets. And although some of this discrimination still exists deep in the countryside, the DMK’s Dravidian movement certainly made a lot of progress in this direction. 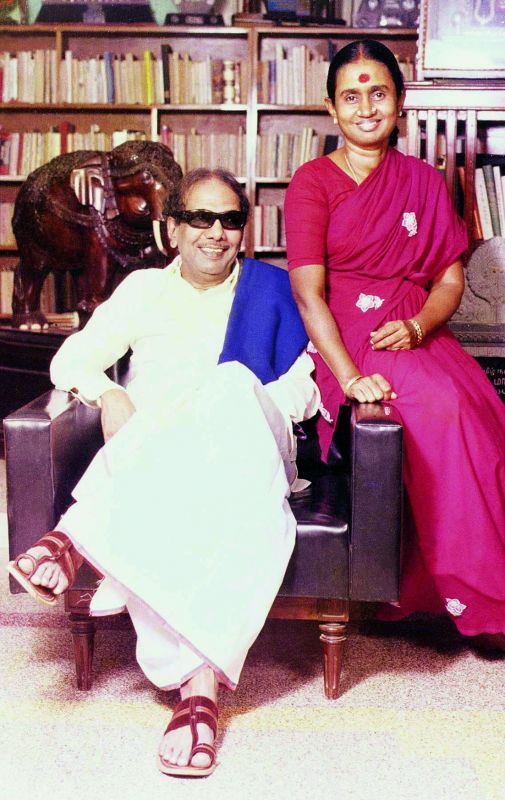 As Dr Nikhil Joshi, an atheist recounts, “Karunanidhi was very good in opposing casteism and religion. His way of gathering people was the sectarian identity of the Dravidian nation. Instead of resorting to the irrationalism of religion and caste, he resorted to a separate linguistic rational way of uniting people.”

He adds, “It is often recommended that we should follow religion as a guiding principle to bring morality to our life, but many immoral acts are committed in the name of religion. It is like obedience. If you place your trust in the wrong person, they will have full control of you and get anything from you in the name of morality. We humans evolved as social organisms even before we were introduced to the concept of religion. So, we don’t need religion to be ethical in our life.”

Interestingly, although MK was an atheist, he did not prevent any of his family members from pursuing their beliefs. He was a democrat to the very end in recognising an individual’s rights. As the poet Kureeppuzha Sreekumar explains, “Atheists are great humanitarians whose thoughts are progressive to the core. The Vaikom Sathyagraha for people’s right to passage irrespective of caste was led by E.V. Ramaswamy, one of the greatest atheist leaders of India. Karunanidhi and Annadurai were his disciples. Karunanidhi even changed his original name Dakshinamoorthy, the name of an upper caste deity, to embrace humanist principles.”

Further, he explains, “His atheist ideology became the base of Dravidian politics. He led the movement against superstition in Tamil Nadu and ensured that even in death, he did not yield to farcical last rites. A true atheist, Karunanidhi lived and died as a role model.”

The simplicity of a burial with no religious rites, save the offering of flowers and some rice being dropped into the coffin, came as an eye-opener for many who are tied down by the elaborate rituals to be followed after the death of kin. As Sumanth Raman, political analyst elaborates, “It was expected because throughout his life he made it known that he was an atheist and a rationalist. So, it was about respecting his wishes. MK had given his family members the freedom to have their beliefs and they respected his wishes in having the burial in a way that he would have wanted.”

And so rests an atheist to complete a quartet of iconic Dravidian leaders on the famous Marina Beach of Chennai. Of them two — MGR and Jayalalithaa — were people of faith and the other two — CN Annadurai and M Karunanidhi — were rationalists. Perhaps it is indicative of the fact that man has for long been divided into two categories — the faithful and the atheists.

Karunanidhi and his party were always against religion. Besides, religion is a private matter and wearing it on one’s sleeve is never going to be politically correct. Kalaignar was a colossus of the Dravidian, anti-Brahmin, anti-Hindi and anti-Sanskrit movement, so the absence of any major ritual during his funeral does not come as a surprise. Rationalism is always the opposite of emotionalism, but it is very interesting to see the way people on both sides reacted to his death. He left a deep impact on so many people.

“There’s a poem by Vyloppilli Sreedhara Menon in which a man’s last rites are being arranged by people and finally a person asks his wife for rice grains to stuff into the dead man’s mouth, to which she replies, ‘Had there been rice here, he wouldn’t have died.’ Such is the absurdity of customs and ceremonies. As an atheist, Karunanidhi lived and died as a role model.”

Karunanidhi as well as his mentor Annadurai come from a wonderfully rationalist and anti-religious tradition. I wish there were more people like him in our politics. We would then be rid of all this vulgar violence and rage and will learn to live as one nation and one people. That can only happen when we treat all Indians equally, irrespective of their faith, their caste, their language, their economic status. That will make India a truly free and proud nation.