It’s time for cops to fight the flab

Reason: An IPS officer needs to be physically fit to handle field assignments in times of unrest and other emergencies.

The Modi government is planning to link the promotion of IPS officers to their physical fitness. Reason: An IPS officer needs to be physically fit to handle field assignments in times of unrest and other emergencies.

If all goes according to the government’s plan, ahead of their next promotion, IPS officers will have to take a mandatory physical fitness test at an approved hospital or before a certified medical board.

“It’s a progressive step. Physical fitness should be encouraged in all professions and services as it leads to higher productivity and efficiency. The department was skeptical when the government made annual medical check-ups mandatory. Today, every member of the services has realised the benefits of it. Not just officers, even their spouses get annual health check-ups done,” says Sudeep Lakhtakia, Additional Director General (HQ) CRPF.

Some disagree
Physical fitness is of great importance in the Central paramilitary forces, in which senior officers must be certified as ‘SHAPE 1’. But a senior IPS officer feels the one-size-fits-all kind of approach could affect organisational interests. “In paramilitary, the scenario is different. The senior officers of the cadre lead operations in the field. Even those up to the rank of DIG are involved in field operations,” he adds.

“One’s level of fitness can always be commented upon in the ACRs by superior officers. But linking it to promotions at senior levels — IG to ADGP and ADGP to DGP — will only cause harm to the system. It’s like choosing brawn over brains,” believes the officer. 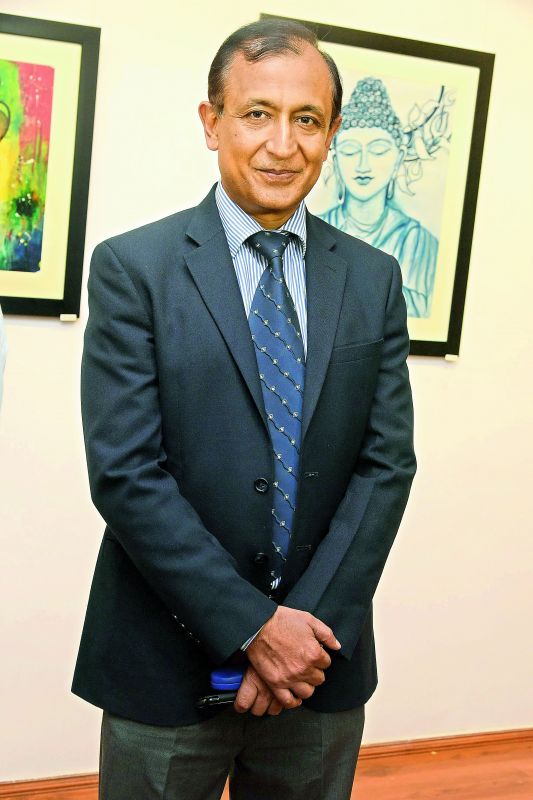 Rajiv Trivedi, Principal Secretary (Home) & Director General (Vigilance), Telangana, feels a police officer should also be mentally tough and have awareness about technology and the law. “The hours of most police personnel are so irregular, stressful and long, that they don’t even get time for a proper family life. So the Telangana Police should make a continuous effort to provide recreational, sports and medical facilities for the police personnel,” he says.

Amit Garg, IG, CID (AP), thinks every government servant should be physically fit and mentally sound till he/she retires. But he also agrees that the parameter to measure fitness will vary as the officer grows in his career.

“For IPS also, one cannot have the same parameter when in field and at a desk job. First 15 years, generally, he/she in the field. A person who is not physically fit may be not suitable for the field job, but he/she may perform well in a desk job as an ace investigator,” the senior officer says.

Vikramjeet Singh Duggal, IPS, Commissioner of Police, Ramagudam, feels overweight cops need to tighten their belts and pull that paunch in. He says, “The government’s move to give top priority to fitness level is likely to trigger the much-needed ‘keystone habit’ among uniformed officers to work out daily and stay fit, both physically and mentally. This fitness regime will certainly carry the potential to percolate down to the entire rank and file of the police department. As they say, fitness is the policeman’s greatest weapon.”

When the ghunguroos fell silent