Here's what went into creating the most iconic character that continues to resonate with all ages, ethnicities, genders and races. (Photo: PAWS; Inlined Images Courtesy: M Magazine, The Star Press.)

Who hates Mondays, loves lasagne, has no filter and is orange all over? No, I’m not talking about POTUS Trump, I’m talking about another creature, one that added laughter, value and insight to most of our lives: You guessed it, it's Garfield. The cat that said what we were all thinking, and he turns forty in the coming week.

I had my first brush with Garfield at age 8 or so, the little strip would come in a supplement of a national daily, and it would be the only part of the newspaper I read for the next six years.

I’d cut out the comic strips and paste them in my scrapbook; Garfield was snarky, honest, fat, always hungry and little lazier than acceptable. He was my spirit animal and in many ways still is.

The strip that started out in 1978, now holds the Guinness World Record for the most widely syndicated comic strip, with over 200 million people reading it every day.

Garfield is the brain child of famed cartoonist Jim Davis, who came up with the idea when he was an assistant on a comic strip called ‘Tumbleweeds’. 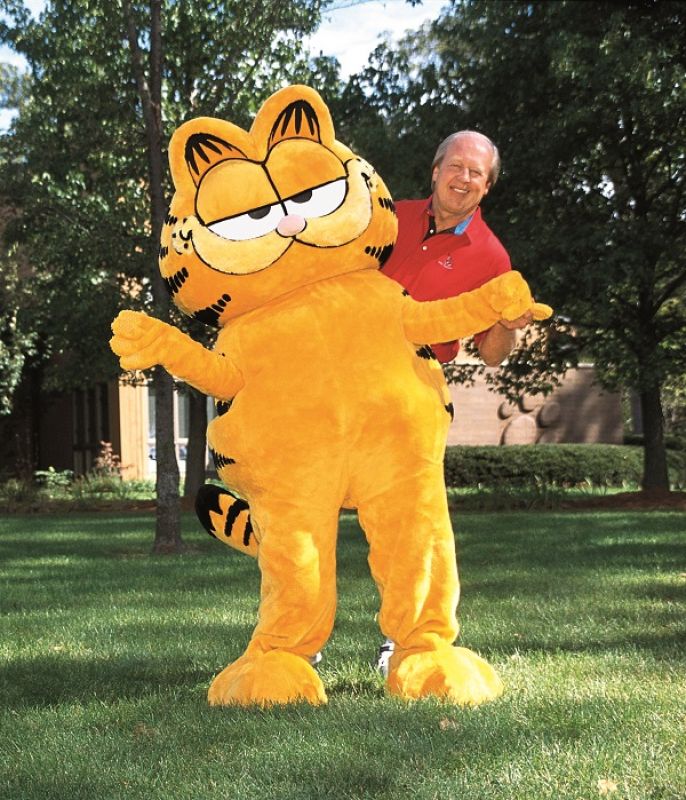 Before Garfield, who shot to be an instant success, Jim was working on another strip called ‘Gnorm Gnat’ which was scrapped before it could take off.

But like they say, whatever happens, happens for the best.

We had the honour of speaking to the 75-year-old legend to get an insight into what went into creating the most iconic cat character that continues to resonate with all ages, ethnicities, genders and races through the years.

Are you more Garfield or Jon?
I’m more Jon. I’m a daydreamer, easy-going, and some would say wishy-washy. But, like Garfield, I do love lasagne, coffee, and cat naps. I’m also an optimist and I love Mondays – not very Garfield-like.

How did Garfield evolve over the years?
Garfield’s looks changed to make him more expressive, mostly. At first his eyes were small and squinty, so it was hard for his eyes to show any emotion. I made them bigger so that the eyes can give away what Garfield’s thinking. Also, his body was sort of a big blob in the beginning, and it was awkward to make him walk on all fours, so his body got trimmed down, and his legs got longer.

In terms of his personality, that hasn’t changed too much. He still loves to eat and sleep and he still can’t be bothered – he’s above the fray of humankind, so to speak. Sometimes Garfield will bend to the times – occasionally he’ll use a cell phone or a computer, but I never try to be trendy or cool.

Young people are far too smart. They’d know I was pandering to them. 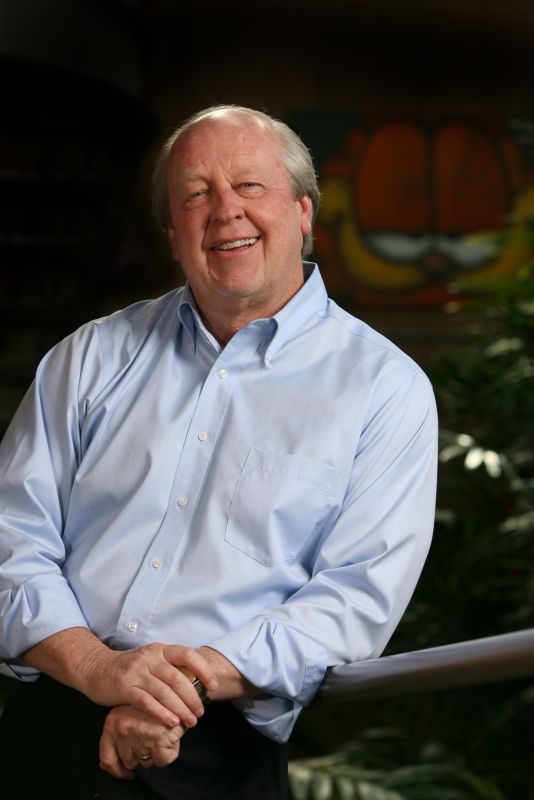 What is the most memorable story about working on Garfield?
This was recent and it came out of the blue. In March 2017, we started getting word that there was an entire debate about Garfield’s gender that was heating up the Internet, and in particular on Wikipedia. Someone started an editing war on Garfield’s Wikipedia page – over a 60-hour period Garfield’s gender vacillated back and forth from male to not male.

Wikipedia had to put the page on lockdown to stop the editing war. Then it spilled over onto other social networks and raged on over a quote I’d made years ago when I said “Garfield is very universal. By virtue of being a cat, he’s not really male or female or any particular race or nationality, young or old.” The
Washington Post finally called me for comment to stop the debate – and I did. I said, “Garfield is a male. He has a girlfriend, Arlene.”

Did you expect it to become so successful and keep going for over 40 years?
You know the old saying, "timing is everything"? When Garfield was introduced in 1978, there was a pent-up demand for anything to do with cats -- the New York Times even referred to the late 70s-early 80s as a "Cat Culture" and a cat was featured on the cover of Time magazine.

Garfield happened to be there at exactly the right time. It was also the dawning of the "me generation" and Garfield was the perfect spokescat. He defended his right to be fat and lazy, and he didn't feel guilty about anything. He said and did the things most humans would love to say or do if we had the courage.

He was a bit of an antihero. Honestly, when I created the comic strip, I had no
idea Garfield would catch on the way he did -- I was hoping, in my wildest dreams, maybe someday Garfield would have a book or a TV show.

Do you still draw the comics? Are you still part of the ideation?
Yes to both the drawing and the ideation, though I confess I have a couple of assistants who help me with both. I still consider the comic strip to be the most important thing I do so I’ll never let go of that part of the job. But, admittedly, the demands of running the licensing company and working on other projects like TV and movies can be a bit much at times. It helps to have people to bounce ideas off of.

You have had a long and successful career, is there any particular achievement that you are proud of?
It meant a lot to me to be recognized by my fellow cartoonists. I won the Reuben Award for Outstanding Cartoonist of the year from the National Cartoonists Society.

How did the concept for the Professor Garfield Foundation to support children’s literacy come up?
When I was out on book tour, I’d have parents come up to me frequently to say that their child learned to read thanks to Garfield. It was just anecdotal information of course, but after hearing it for years and years, I thought, there must be something to this.

It just so happens that my alma mater, Ball State University is just a few miles away. Ball State has one of the best teacher’s
colleges in the country so I began to have conversations with education specialists from the university.

Research bore out what we had been hearing – words with pictures help kids learn to read. Our task now was to take the information and do something for the kids. We started the Professor Garfield Foundation, a non-profit organization that focuses on providing free educational
content to students via the Internet.

Our first product is a website for students of all ages and abilities, including ADHD and dyslexia with a focus on literacy and skill building. I’m still on the board of directors and we’re still talking about ways to increase our footprint.

Can you share a sneak peak of what's in store for Garfield in the future for the fans?
Hopefully many more years of laughs and lasagne! But we’re also excited about the business we’re growing in India thanks to our licensing agent, A1-Licensing. We are also happy to be the featured character in the children’s areas of two new Six Flags theme parks in China. We’re currently working on a series of animated shorts for broadcast and digital release, and we have a movie in development with Alcon Entertainment.

So far, Garfield isn’t showing any signs of age!