Ganesh Chaturthi 2018: Here's everything you need to know

The festival is also celebrated across communities and has taken on a larger role in society as well. (Photo: Soumyabrata Gupta)

Ganesh Chaturthi also known as Vinayaka Chaturthi is celebrated as the birthday of Lord Ganesh across India. Lord Ganesha is the elephant-headed son of Lord Shiva and Goddess Parvati and is considered as the symbol of wisdom, prosperity and good fortune.

Celebrated on Shukla Chaturthi of the Hindu Month of Bhadra (Between August and September), people bring idols of Lord Ganesh to their homes and worship him there. The duration of this festival varies from 1 day to 11 days, depending on the place and tradition. On the last day of the festival the idols are taken out in a colorful and musical procession and immersed traditionally in water.

The festival is also celebrated across communities and has taken on a larger role in society as well. 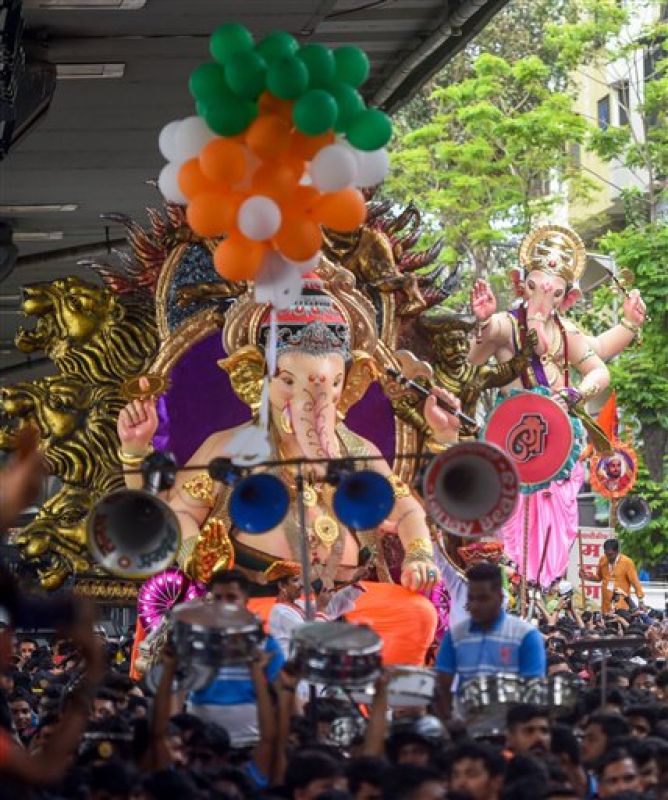 An idol of Lord Ganesha is being transported ahead of Ganesh Chaturthi festival. (Photo: PTI)

As per Hindu mythology Lord Ganesh is considered as "Vigana Harta" (one who removes obstacles) and "Buddhi Pradaayaka" (one who grants intelligence).

How to install the idol of Lord Ganesha (Ganesh Sthapana)?

Celebrated in the most elaborate manner in Maharahstra, Ganpati Sthapana, the act of installing the idol at a suitable place, is one of the most important and spiritual moments associated with the festival.

Ganesh Chaturthi is a ten-day long festival and Ganesh Sthapana is usually performed on the first day of the festival. Lord Ganesha is believed to have been born at Madhyahna Kala, which according to the Hindu calendar denotes midday, and therefore Ganesh pooja is preferred to be performed at Madhyahna.

Devotees of Lord Ganesh perform Shodashopachara Ganapati pooja, which is a detailed and 16 step ritualistic pooja of the elephant-headed God.

The place where the idol is to be positioned must be chosen intelligently so as to ensure that people are able to view it during most of the times throughout the day. Before installing the idol, clean the place thoroughly, lay a cloth (preferably red colored) and spread some rice on the cloth. Thereafter, you can place the idol on the cloth. Once that is done, the idols, as well as the shrine, are embellished with flowers and other items. The idols, which are installed in the home, may come in sizes of 3⁄4 inches, while those at big community celebrations may rise to a height of 70 feet.

Worshipers offer modaks, jaggery, coconut, red hibiscus flowers and other offerings to the idol of Lord Ganesha. During the ceremony, devotees also chant hymns and perform aartis in the morning and evenings along with their family and friends. Some of the popular Ganesh pooja Mantras sung by the devotees on this day are Ganesha Shubh Labh Mantra, Ganesha Gayatri Mantra, Vakratunda Ganesha Mantra among others.

What rituals are performed on Ganesh Chaturthi?

On the Ganesh Chaturthi, the statue of Lord Ganesha is installed in homes, temples, and mandaps. The size of the idol may be as small as ¾ of an inch or as high as 25 feet.

When the rituals begin, the priest chants mantras to invoke life into the idol. This ritual is called the 'Pranapratishtha'. This ritual is followed by the 'Shhodashopachara' which includes the 16 ways of paying respect to Lord Ganesha.

There are certain offerings made to Lord Ganesha. These include coconut, jaggery and rice flour preparation. Besides, red flowers and 21 durva (trefoil) are also offered to the Lord. While these offerings are made, a red sandal paste is applied to the idol.

The Ganesh pooja involves the chanting of hymns from the Ganapati Atharva Shirsha Upanishad, Rig Veda and other religious scriptures. This continues for 10 days, and on the 11th day, the idol of Ganesha is immersed in a river or sea.

On Ganesh Chaturthi, people usually get up early in the morning and take a bath so that they can proceed toward the temple to offer their prayers to Lord Ganesha. The devotees offer coconut, sweet pudding, and other items when they visit the temples or perform the Ganesh Chaturtha rituals at their homes.

A popular tradition followed on the 1st day of Ganesh Chaturthi is to avoid looking at the moon on that day and pray to God to give you spiritual strength, so that you succeed in your endeavours.

■Grow your Ganpati into a tree this Ganesh Chaturthi