Heeding the call of the wild

Passion is truly priceless! Tirupati-based Karthik Sai wasn’t going to let his BBA degree stand in the way of his love for photography. He picked up the camera to take the picture of a Red-whiskered Bulbul and he hasn’t put it down ever since. Along with it, he also discovered a fascination for birds.

Karthik says, “One day, I spotted a bird with unique features. It would frequent my home. I got curious about it.” Thus began his fascination for the colour and sounds of birds. In 2012, he took to Ornithology. Since then, he has been researching on various birds and has travelled to Seshachalam, Tirupati, Talakona Forests, Western Ghats and Rajasthan.

“I have realised that birds usually don’t have one voice. Every bird is a mimic and modulates its voice, according to situations,” he says. 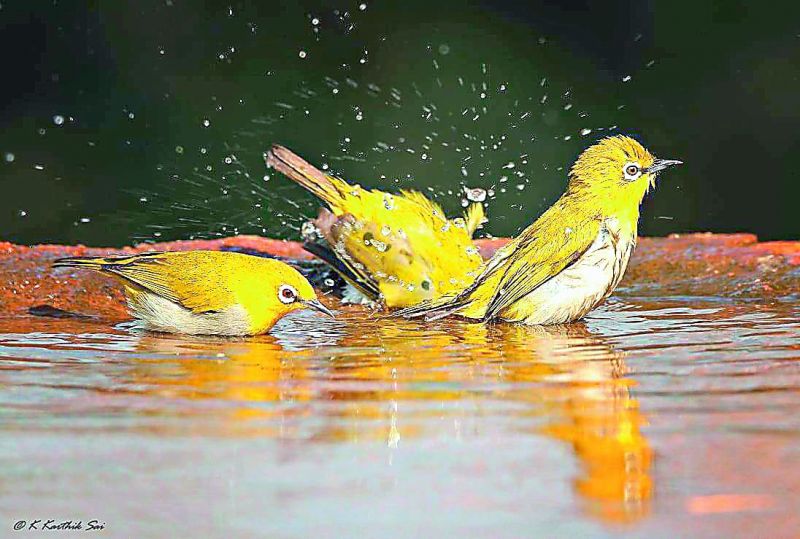 The unpredictability of his profession always keeps him on the edge. 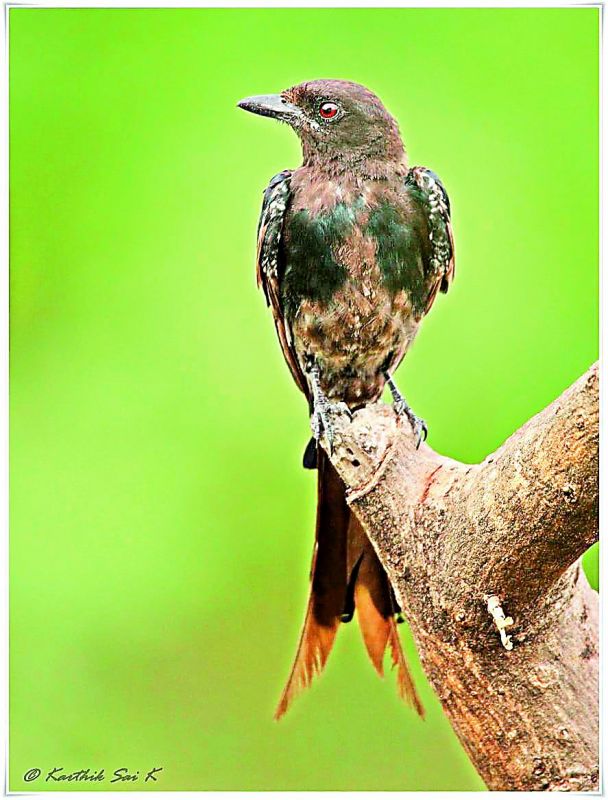 “Sometimes we go out in search of birds and end up spotting strange butterflies, snakes, frogs or even elephants, which make for great clicks,” he shares. 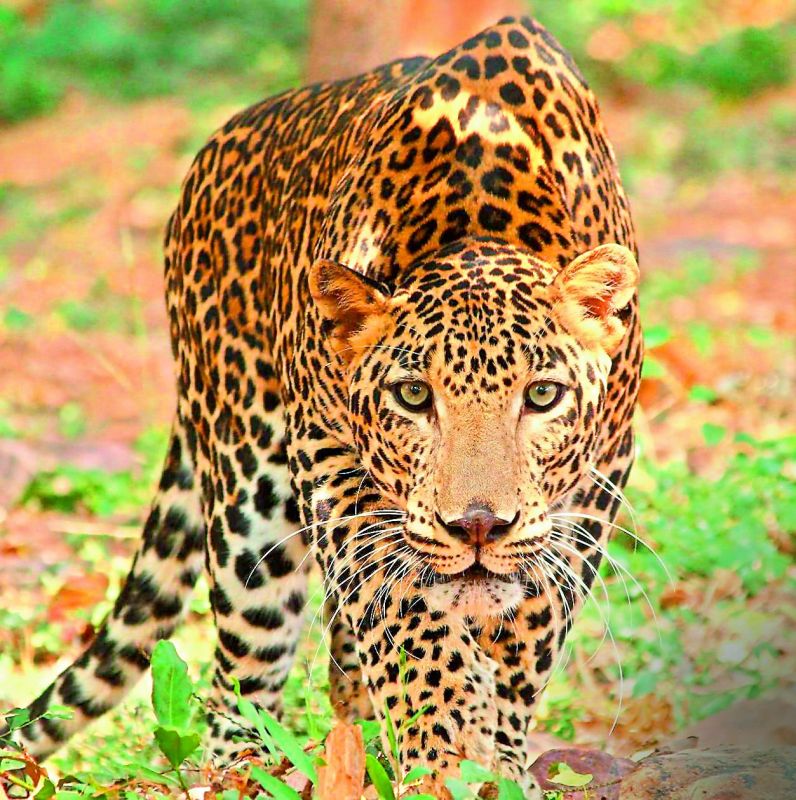 In situations wherein he doesn’t sight a bird, he doesn’t lose hope. Instead, he patiently waits with his camera. And this patience has paid off. Out of the 1,300 bird species available in India, Karthik has managed to spot around 465 out of which 215 of them are in Seshachalam Forests. 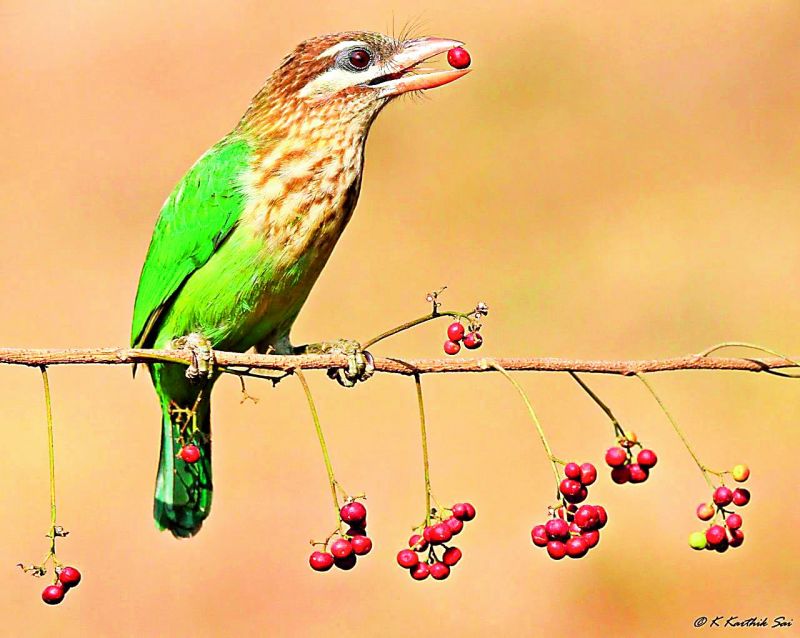 The 27-year-old now considers birds to be his biggest stress busters.

“I was arrogant and angry. However, going deep into the forests and experiencing nature have taught me a lot. Spending time with nature has also made me very composed. In fact, I never thought I would discover so many things about myself.”

Karthik’s impressive work hasn’t gone unnoticed. In fact, the AP Forest Department has offered him an exciting opportunity. “The government has given me the task of clicking and documenting the behaviour of various endangered species including Great Indian Bustard, Lories and Lorikeets, Fishing Cat, Elephants, etc.”

Despite winning many laurels, Karthik feels his biggest achievement was when he became the first person in India to capture a leopard live from a straight angle.

“I came face to face with the leopard within a distance of 5 ft at Seshachalam Forests. I managed to capture around 16 shots in two seconds and was super thrilled,” he recalls.