Teenager gives fitting reply to guy who asked for nudes

The girl had her face plastered with face pack but the persistent boy wanted to see more photos which she did send but all with towels. (Photo: Tumblr)

The internet and social media along with many apps has made the lives of many women miserable because guys always ask them for pictures they don’t want to send. While many of them choose to ignore it, there are some who inspire others to fight back the trend like a teenage girl recently did when she faced the situation.

According to a recent report, 16-year-old Jacquie Ross was having trouble when her friend Michael decided to ask her for nudes, which she obviously didn’t not want to send to him. The girl however decided that she would not take it lightly and dealt with the situation in the most funny yet proper way. The girl had her face plastered with face pack but the persistent boy wanted to see more photos which she did send but all with towels – 19 in total but did not give him what he wanted.

The photo was posted on Tumblr and has now gone viral because of the replies given by the girl and the way she dealt with the situation which is quite commendable. 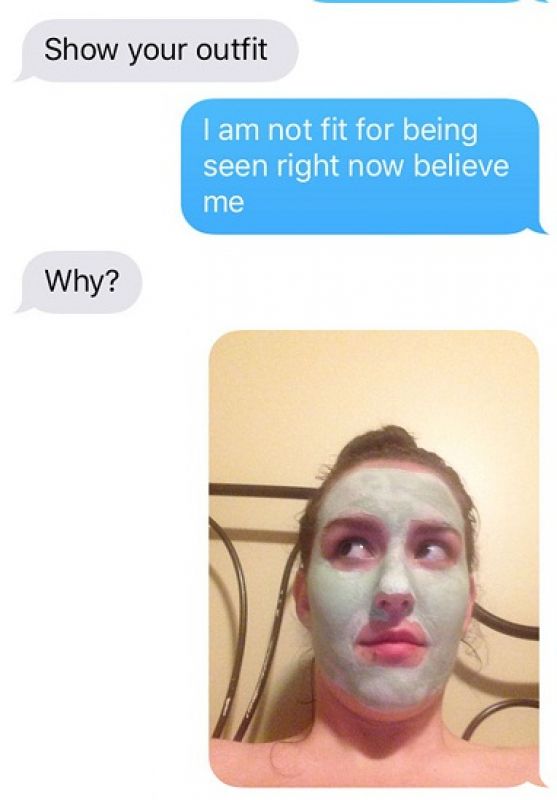 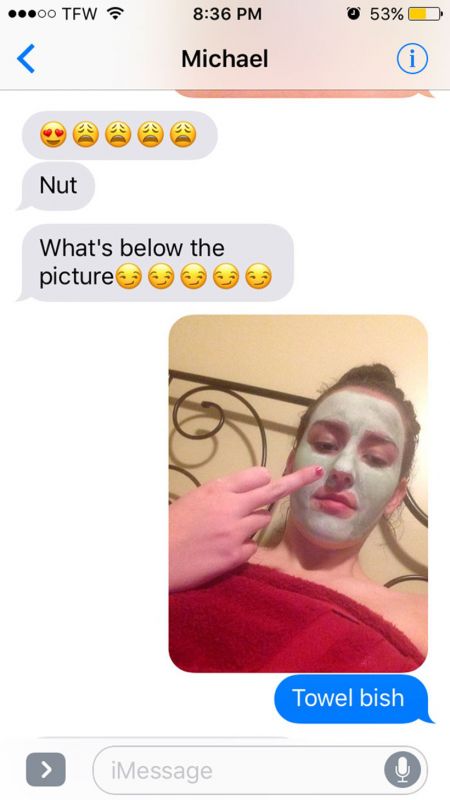 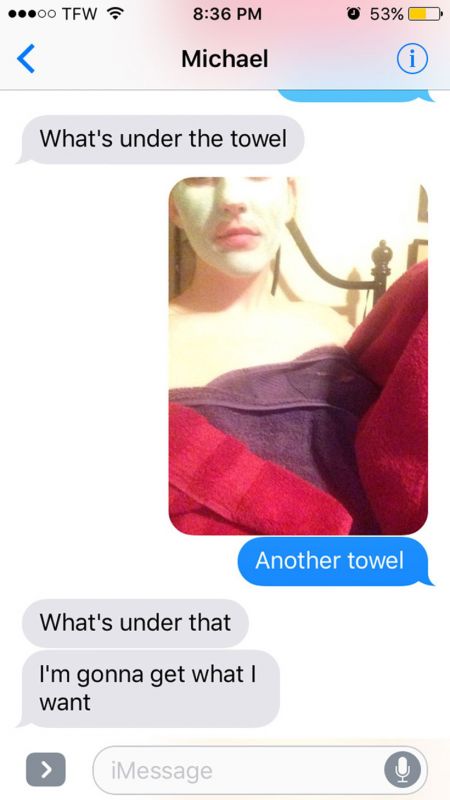 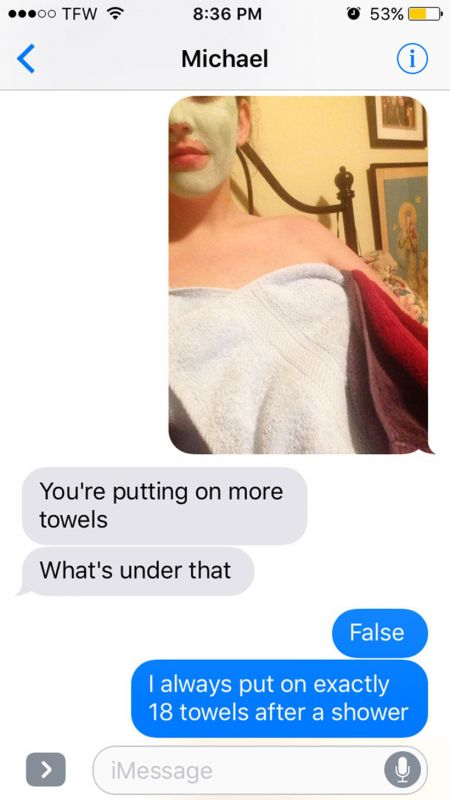 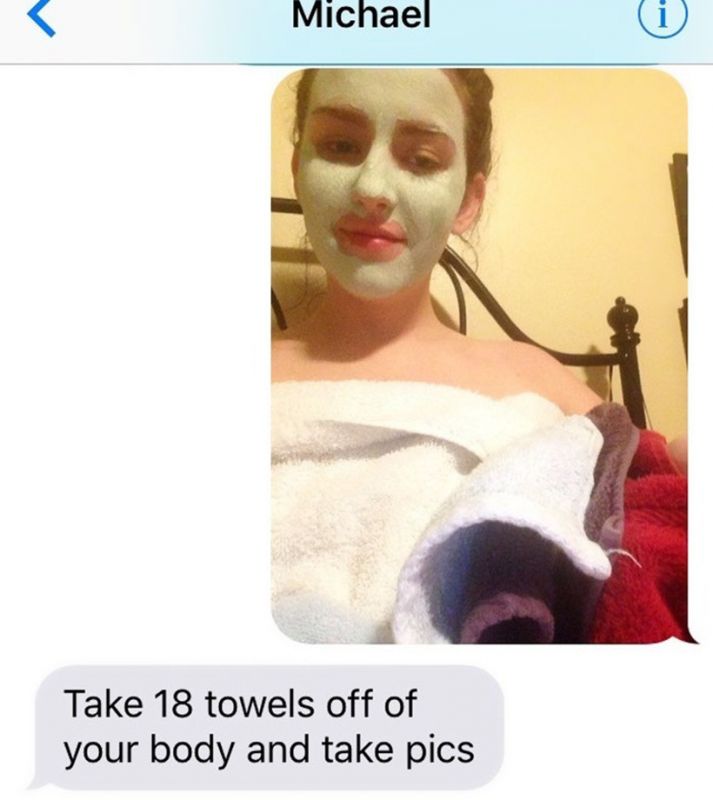 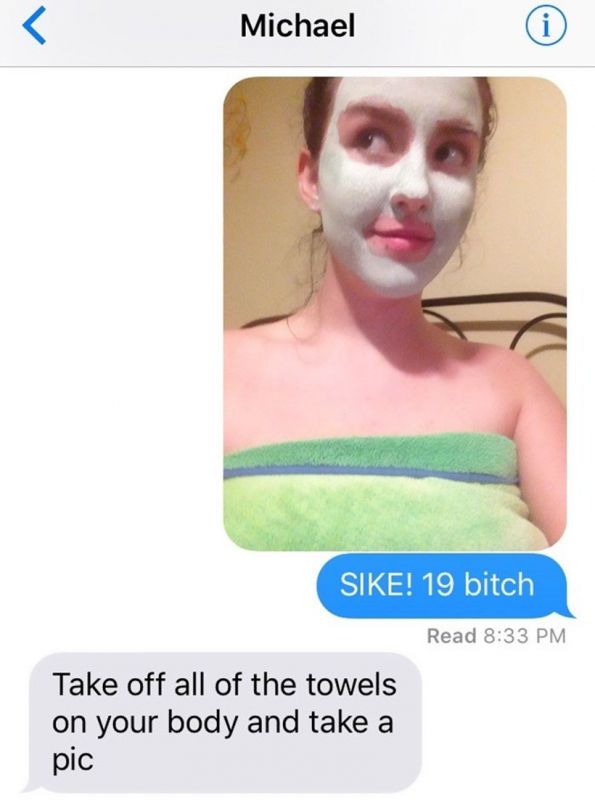 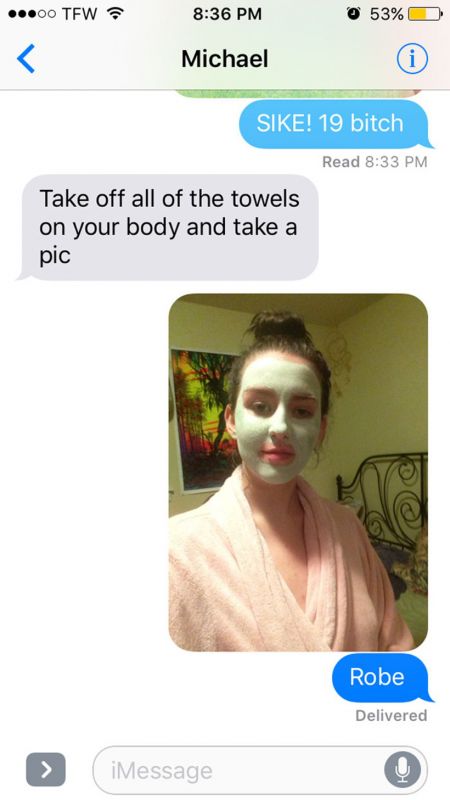 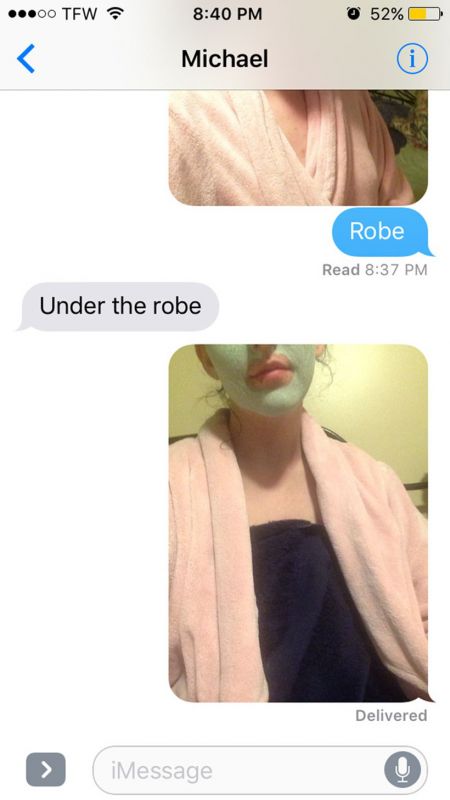 ■Indo-American group dancing to bhangra during NBA match is going viral
■Video of bride dancing for 17 minutes at her sangeet has gone insanely viral
■Footage of medics dancing around patient goes viral, get fired