Her music calls upon women to rise

DECCAN CHRONICLE. | DHARSHINI RAMANA
Published Nov 9, 2019, 12:03 am IST
Updated Nov 9, 2019, 11:11 pm IST
Singer Shani Hafees who received several awards for her album 'Marupiranthaal' talks to DC about her profession as a doctor and her ardour in music

“As the title itself is about the different stages of womanhood we thought of bringing many talented women in the industry and we succeeded in that. The second song was directed by National award winner Surabhi Lakshmi and it has gained much acclaim in the industry itself. By bringing all the prominent talented females together under one platform we wanted to show the world that with these women we can make something special”, says, Shani.

Shani has come up with her new music album in Tamil labelled Marupiranthaal which portrays the various shades of women’s life. By mentioning various scenarios in and around society, it urges each and every female for a revamp both emotionally and physically. Marupiranthaal paints the life of a transgender woman and her foster daughter. 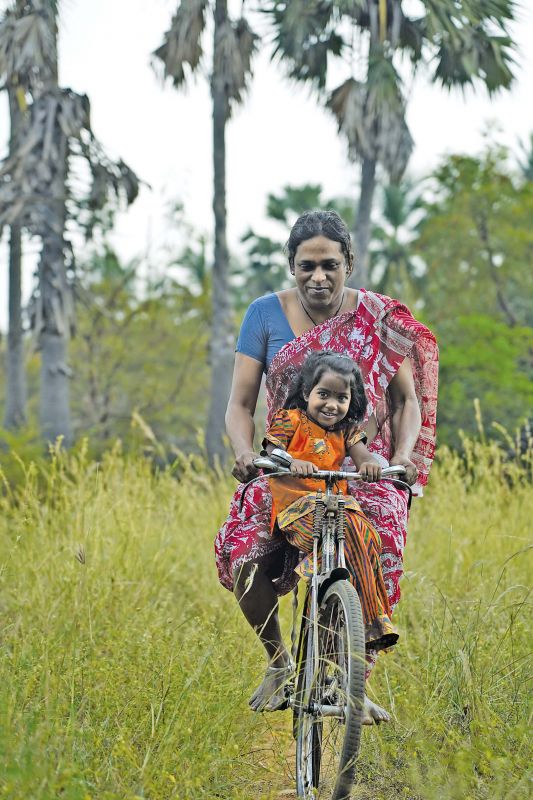 A still from the album Marupiranthaal

Shani explains, “Marupirandhal is my recent Tamil album. It’s a result of a 10-year wait as my dream was to sing with my daughter who is now 10 years old.

Once we did the voice testing for her we were ready to go and it was a dream come true moment. We want to convey a strong message for women to get physically and emotionally empowered rather than spiritual empowerment.”

She feels that women shouldn’t consider themselves to be weak or secondary citizens or someone inferior to the male. She should realise the strength of her power and should arise accordingly. There are umpteen opportunities around and women will grab them when they arise.

“The education and literacy rate is much higher now when compared to the past, but we cannot tag education to a person being civilised. Yet there is a ray of hope regarding patriarchal attitudes and there are more women from different sectors of life coming out. A lot of activism is happening and it will definitely bring a great change in future”, elucidates Shani.

Shani also treats patients with music as therapy in her hospital that creates wonders. She finds patients respond to it and get cured much faster.  She has won several accolades for her recent music album and she says, “This gives me the courage to explore new projects around different subjects and continue my journey in film making. I also feel happy and super excited,” she concludes.