Sayana Ranjan, a 21-year-old Germany based model; who won the second place in "Germany's next top model 2019" by Heidi Klum (German modelling casting show) was recently in the city shooting with the designer Sidney Sladen.

Sayana Ranjan is the first Tamil Indian model who participated in the show and won a prize. Sayana's childhood dream and goal is to get into the Indian cinema and model industry. She wanted to get experience working with designers here and hence shot by coordinating with Indian fashion brands. 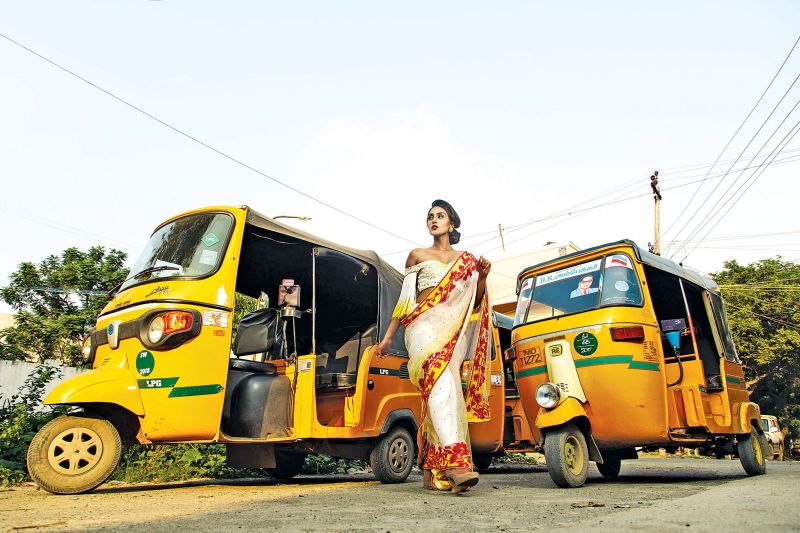 "I appreciate a lot that Sidney worked with me. I have been following his brand for a long time and I am so fascinated by his amazing talent." says Sayana Ranjan.  When we caught up with Sidney Sladen, he said- "Sayana approached me via Instagram and we fixed a date to shoot here in Chennai."

He also said he thought of keeping the costumes contemporary. The dresses were a mix of traditional and modern designs. He wanted to show the Indian side of her but also wanted to maintain her NRI side and hence they shot keeping Chennai in mind as the theme. The costumes were designed in three days and shot it in one and a half days. The photos were shot by Andrea Alexander, a photographer from Germany and the make-up was done by Wan Shazia.

He explains, "The white saree with yellow border was designed keeping the Chennai's auto-rickshaws in mind. The lehenga was designed keeping the patterns in mind and the dusky rose dress was made keeping the colors of the boats and underwater in mind. While the white dress showcased the variety and the simplicity of the Indian tropical fruits, the navy blue is designed to look like a mermaid to showcase the deep blue ocean." He is looking forward to work with her again in the future.