DECCAN CHRONICLE. | PRIYA SREEKUMAR
Published Jul 9, 2019, 12:00 am IST
Updated Jul 9, 2019, 11:19 pm IST
Web series seem to be the future of entertainment with even mainstream actors and directors being part of many projects.

Lolan, Shibu, George and Shambu are names popular enough for most Malayalis to break into a smile and bond big time. Characters of the immensely popular web series Thera Para, these young men proved beyond a shadow of doubt that content is king, not the medium.

Streamed through the YouTube channel Karikku, the life and times of four bachelors had viewers waiting with bated breath for subsequent episodes and then lapping them up and showing their appreciation through the growing number of views. And Thera Para will soon take the cinematic route. It is not the first web series in Malayalam, but it most certainly is the most popular one that spawned a lot many homegrown web series.

The immense potential and reach of the web series format has not been lost on actors as well as filmmakers in Kerala with many of them ready to step into unchartered waters and experiment with the format. Earlier, web series like Anatomy of a Kaamukan directed by Thamby and bankrolled by Gautham Vasudev Menon also received wide acclaim. The recent Archana Kavi starrer  Meenaviyal is a ‘Manglish’ web series that explores the complex bond shared by siblings and follows the events that unfold when Arun (Arun Kurian) moves into his sister Amrita's (Archana Kavi) apartment. 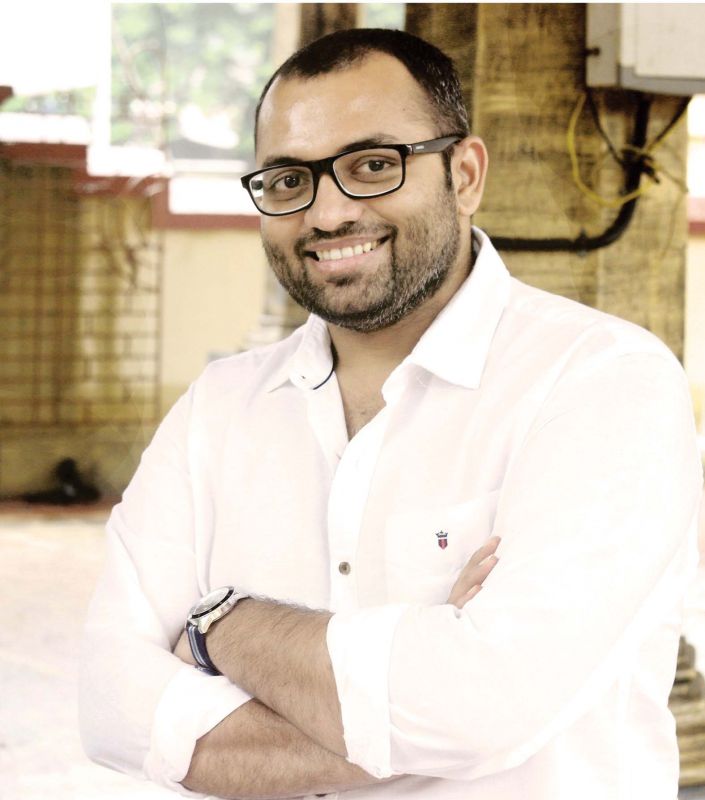 The latest kid on the block is Road Rash released on YouTube — a Malayalam web series which chronicles the story of two friends who head out for a drive on New Year's night and the events that transpire when they engage with a stranger they meet on the road. Written and directed by Rahulan Ashanthan and produced by Parthan Mohan, it unravels in a thriller format and has been steadily notching up views.

Producer Parthan begins by stating that the web format is the current flavour. “I have seen my friends and family transitioning to series like Sacred Games, Leila etc on the OTT platform. When I was approached by Rahul for this web series, it was initially meant as a full-fledged two-and-a-half-hour film,”

Parthan says, adding that Rahul initially narrated the first fifteen minutes which set off Parthan’s train of thought in a different direction. “I found the story so riveting that I shared with Rahul the idea of making it into a 5-6 episode web series.”

It is to be highlighted that while Thera Para spawned a number of comic imitations, there was no series made in the thriller mode in Malayalam. “The challenge lay in finding out the exact point where the drama escalated and then stopping it there so that the audience would wait for the next episode eagerly,” he says.  The experiment proved successful with the first episode amassing a good number of views. Parthan reveals that the entire series is a bona fide homegrown product with the majority of the crew and cast belonging to the capital city. The first episode was shot in three nights and the script for the next episode is already done with. Though it is a web series, the makers have left no stone unturned to ensure a cinematic feel to the viewers.

Web series take us where television will not and allow audiences to watch shows at their convenience and that too, without commercial breaks. Big companies like Netflix and Amazon have started to invest heavily in regional content and that has given a huge fillip to makers, crew and actors. While most of the web series in Malayalam take the YouTube channel route, filmmaker Mridul Nair of Asif Ali-starrer BTech fame will have the rare distinction of being the first one to roll out a full-fledged 15-episode web series Instagramam. The first director from Malayalam to venture into this platform, Mridul informs that Instagramam will be modeled on the same format as other Hindi series like Sacred Games. Though the platform is yet to be decided, the series is already in its post-production stage. “As a maker and a writer, I feel I got the opportunity to make three or four films at the same time.  Most youngsters are now active on Instagram, hence the title Instagramam which is a fictitious village with various characters pulled into various circumstances in each episode.”

While most series tend to concentrate on drama, sex and thriller genres, Mridul has chosen the comedy route to narrate his story. Each episode is of half an hour duration with 45 artistes from Malayalam including Deepak Parambol, Ganapathy, Balu Varghese, Arjun Ashokan, Sunny Wayne, Gayathri Ashokan, Alencier, Dinesh Prabhakar etc. Speaking about the challenges of directing a web series, Mridul reveals that finding a producer was difficult as there is neither theatre returns nor satellite value. He adds, “I had an idea on my mind, which I wanted to execute as soon as possible since the content was fresh!” It will take some time before the series airs.

Mainstream actors, too, seem to find the medium of web series a very attractive one which explains why a whole lot of Bollywood actors are seen in them. Tech-savvy filmmakers and actors from Mollywood who are quick to recognise the opportunities are migrating to big banner web series in Hindi.
Take for example Neeraj Madhav, who is making his entry into Bollywood through the web series The Family Man directed by Raj Krishna. The thriller series in Hindi and English will soon be streamed on Amazon Prime. Starring Manoj Bajpayee, it is an edgy action-drama series, which tells the story of a middle-class man who works for a special cell of the National Investigation Agency.

Neeraj says, “OTT is the future. For me, to get an opportunity to be a part of the Amazon Prime platform is a huge opportunity. The crew was very experienced and in addition, I am playing a very important primary character with Manoj Bajpayee, so I guess I am lucky!” Neeraj finds no differences between the shooting process for a film and a web series. “There was a proper schedule and call sheets for this series, too, and we could wrap up the shoot in 45 days.”

A master in experimentation, ad filmmaker and director V. K. Prakash has already been part of a Bollywood web series that featured two stories of acclaimed writer Ruskin Bond with prominent names. It even went on to win an award.  Prakash says, “Web series have opened up a platform for actors. It is like an extension of cinema and viewers get a cinematic experience shot on a 4K camera and well-known faces.”

That’s not all. “The content is what makes it different from TV serials. The creator is free to depict reality without any censorship since it is a private platform. As a filmmaker, I have the freedom of expression and not worry about the result! Malayalam is still taking baby steps as far as OTT platforms are considered, primarily because of budgetary concerns as each episode requires a huge investment and revenue is less,” he adds.