On most days, you will find 23-year-old Viraj Pradhan “watching movies or a TV series, catching up on some good stand-up or cracking jokes”. On other days, he will be working on his Game of Thrones desi puns that will have you rolling on the floor.

Even if you aren’t a GoT fan – the puns are universal:
“Bhai ab late ho raha hai. Tu Arya hai ki main niklu?”
“What does Jamie Lannister eat when he is in Punjab? Cersei ka saag aur makki di roti.”
“I asked Daenerys, ‘Why didn’t Drogo come to work yesterday?’ She said, “Khal Drogo bimar tha!” 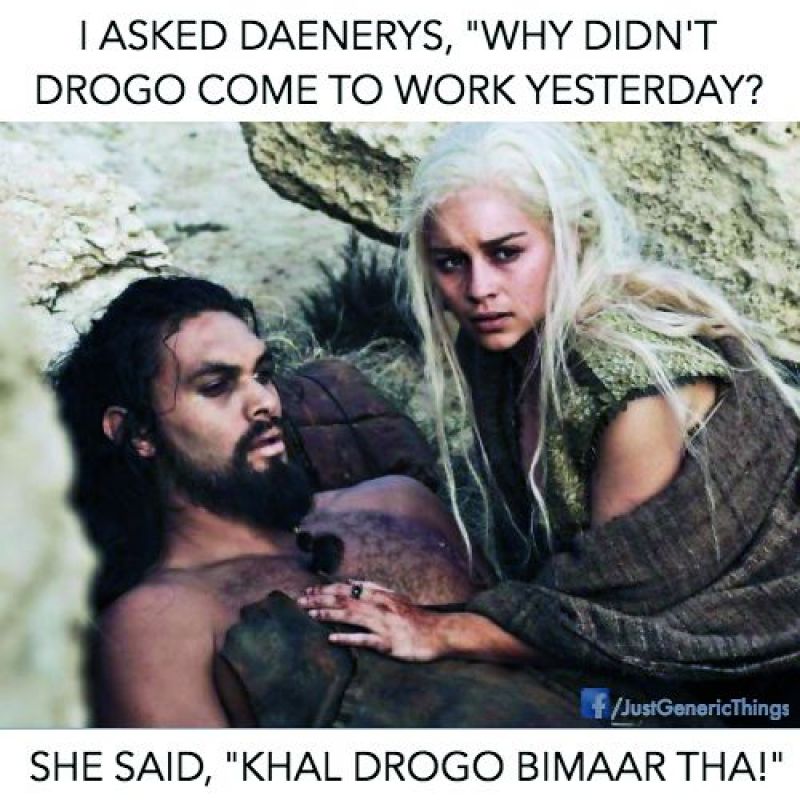 Memes that Viraj created for his series #GameOfPuns

Viraj, based in Mumbai, says, “I love doing amateur stand-up or talking in puns. English puns are fun, but Hindi or Marathi puns are extremely funny. Lately, I have developed a taste for these. One Sunday afternoon I came up with the ‘Cersei ka Saag’ joke and people loved it. Right then, it hit me I could actually do an entire series of puns dedicated to characters from the show; and one pun after the other, #GameOfPuns was born.”

Viraj credits his friends Divya Makhijani, Aaron Machado and Chetan Asher for their support. “My grandmother doesn’t exactly understand what I do on the page but she makes sure she shows it to everyone she knows.” 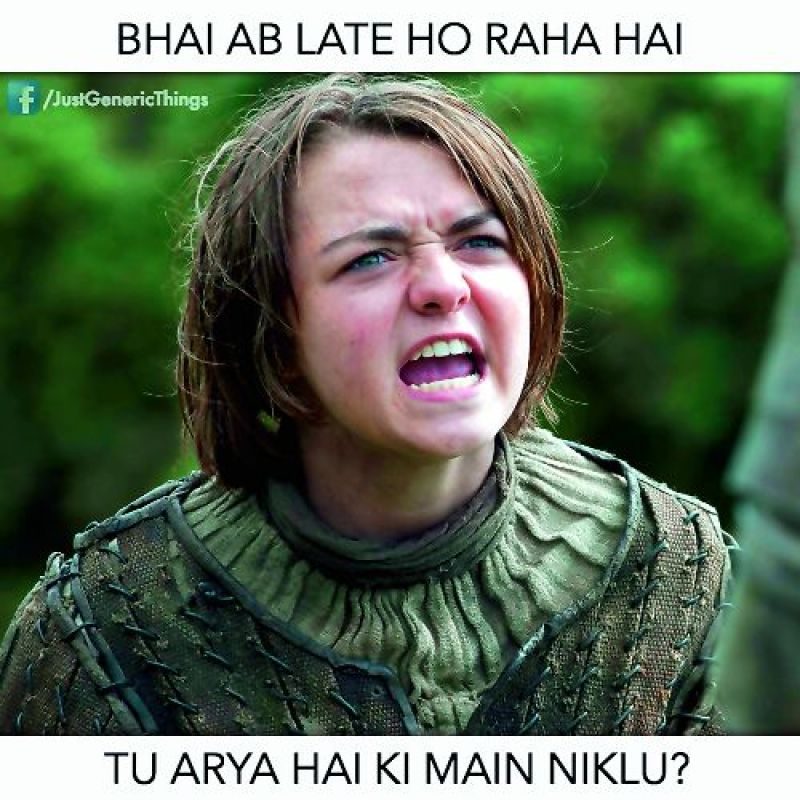 Memes that Viraj created for his series #GameOfPuns

Game of Puns is a series of posters that are put up on the two-month old Facebook page, Just Generic Things. “Since the time I’ve been working in digital, I have been using the word ‘generic’ a lot. That’s how I came up with the page name - where we try to find the ‘funny’ in everything generic, right from movies to TV shows, from cricket to politics. The first video we did was called SULTANPOOL, a mash-up of Sultan and Deadpool, which got close to 25,000 views, which I think is awesome considering we had just started out,” says Viraj, who does topical memes, video memes and mash-up videos like Angelwaale — a mashup of Dilwale and Taher Shah’s Angel.

“Whether you are travelling in a train or having awkward conversations at a cousin’s wedding; always be on the lookout for the next joke. Memes are all around us, all you have to do is find (and make) them,” he says.