According to sources, the Duke and Duchess of Cambridge won't know whether they are having a boy or a girl until the baby is delivered. (Photo: AP)

According to sources, the Duke and Duchess of Cambridge won't know whether they are having a boy or a girl until the baby is delivered.

During routine scans William and Kate did not ask if they would be welcoming a son or daughter - opting to be surprised as with the Duchess's previous pregnancies. 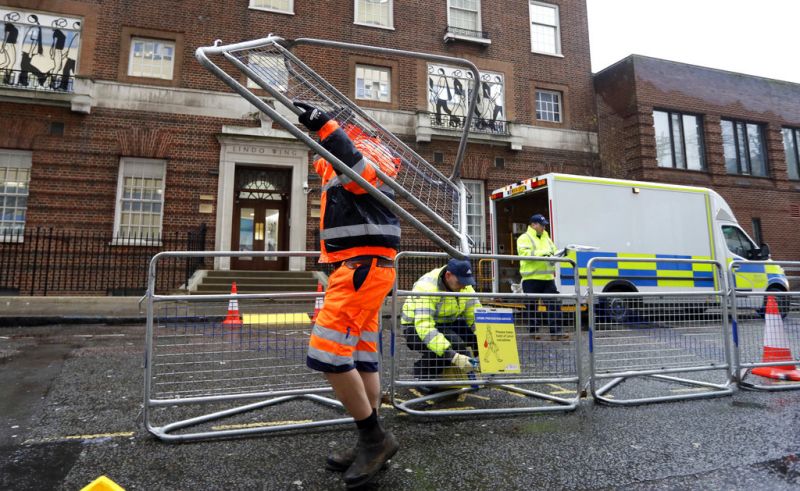 Barriers are erected outside the Lindo Wing of St. Mary's Hospital in Paddington, London, Monday, April 9, 2018. Britain's Prince William and Kate, Duchess of Cambridge, are expecting their third child to be born at the hospital, sometime in the coming weeks. (Photo: AP)

Parking has now been suspended outside the hospital where Kate, 36, is expected to give birth at some point over the next three weeks as anticipation builds.

When Kate goes into labour she will be cared for in the private Lindo Wing of St Mary's Hospital in London, where Prince George and Princess Charlotte were born.

She is likely to have a team of more than 20 medical experts and other staff working or on stand-by from Imperial College Healthcare NHS Trust, which runs St Mary's.

Kate's baby is expected in April and, although a due date has not been released, it is thought the infant will be born in the second half of the month.