Furniture that helps in making love

The urban Indian population is finally getting comfortable with talking about sex. And Indian entrepreneur Gaurav Singh is on a quest to bring fun back to the bedroom in the land of Kama Sutra. His product, LoveRollers, makes it possible for couples to experiment with a 100 sexual positions.

“LoveRollers is India’s first and only indigenous love-making furniture. It has been designed after a lot of research and development to enhance couples’ love-making experience. It allows them to try out over 100 Kama Sutra positions with ease and comfort. Apart from that, it also helps couples conceive, it eases period paid, and it is the perfect resting couch for pregnant women,” Gaurav says.

LoveRollers comes with a manual that illustrates some of the different positions that people can attempt on it. How have people been responding to it? Gaurav says that despite some scepticism, the response has been motivating. “People’s first reaction is very varied and one of two extremes. But consumer feedback has been positive, constructive and encouraging.” A native of Agra, Gaurav has grown up watching design, fabrication, and artisanal works being carried out on the streets of his town a town that houses the Taj Mahal, the epitome of love. “Design and love probably had a huge impact on me, subconsciously. The idea clicked in my mind in April last year, and I went on to design a prototype. I then tested and modified it based on feedback. We have designed it keeping the average Indian height in mind,” he says. 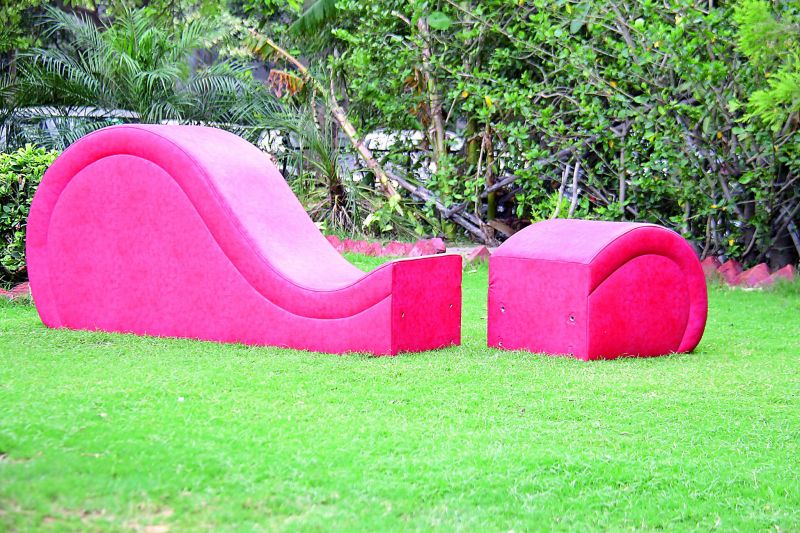 What made the IIT-Delhi graduate choose to develop such an unusual product in a largely conservative society?

We came up with the idea of enhancing love-making, to help people experience ‘deep love’.” 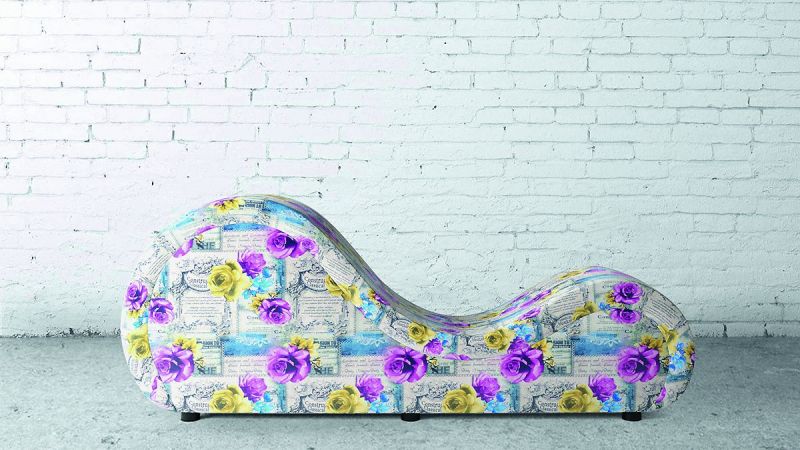 Kama Sutra, the ancient Indian text, contains hundreds of sexual positions that can make the experience more fun and pleasurable for both partners. But regular beds and furnitures aren’t made for adventure. LoveRollers has been designed to give couples maximum support and comfort. “Every natural process is mathematically defined. Deep love-making requires mathematical calculations for deep penetration and perfect support. LoveRollers has been scientifically and mathematically designed to provide a ‘curve of seduction’. The lower arc has been created especially for oral sexual positioning and deep, powerful thrusting during intercourse. The central contour provides support to the pelvic regions of both partners. Its angles have been carefully studied and designed to complement hundreds of unique positions. The high arc provides an amazing support system for the neck and back. This arc is especially useful in changing pelvic angles during oral sex,” Gaurav says adding, “The global sexual wellness industry is expected to cross the $52 billion mark by 2020. India, the fifth most sexually active country in the world, presents an untapped market of $450 million.”

Some of Gaurav’s major customers are hotels, spas, sexologists, resorts, and honeymoon destinations. “Even nuclear families living in metros, including Hyderabad, have shown interest in the product,” he says.

At present, the company has four products to offer LovePillows, Mini LoveRollers, LoveRollers and Plug and Play in basic, premium and elite models. “There are a considerable number of couples who want to include LoveRollers in their love life, but are too embarrassed to explain the product to their families. We have designed a convertible Plug and Play variant for them. They can use the couch whenever they want, and later detach it into two independent blocks. International buyers are also requesting customised modifications and special features,” says Gaurav.

Wego partners with WebEngage to power their mobile user engagement

Cracking the whip on perverts

Celebrities under the spell of maanja magic

Birdwatchers had a ball!

Brothers with a mission