Trading in a man’s world

Jayshree Ullal, president and CEO of Arista Networks has persevered, and earned a place in Forbes’ list of America’s 60 richest self-made women.

The struggles of an entrepreneur — be they male or female — are similar, feels president and CEO of Arista Networks Jayshree Ullal, who has made it to Forbes’ list of America’s 60 richest self-made women.

Ullal was raised in India and came to the US when her physicist father got a new job. She earned her Bachelor’s degree in Electrical Engineering at San Francisco State University and a Master’s in Engineering Management from Santa Clara University. After joining Cisco in 1993, she left in 2008 to become president and CEO of Arista Networks.

“You need to be tenacious and never give up, despite setbacks. Being a female in a male-dominated technology sector has not been a barrier in rapid and innovative industries like high tech. Talent is deeply appreciated and as women, we bring complementary instincts and intuition,” she says.

Her entrepreneurship journey has taught her that tech time moves at the pace of cloud-years and that every day matters. “Every calendar year may be the equivalent of ten cloud years. To navigate high-tech companies in real-time is not for the faint of heart, especially since tech markets move quickly. High tech start-up CEOs must adapt to rapid pace of change, question, iterate and constantly course-correct. It transcends education and traditional business models. They must be nimble, make decisions in ‘tech-time’, anticipate trends, project customer patterns and place big bets that keep the start-up relevant,” says Ullal, who cites the loss of her younger sister to cancer as her biggest challenge.

“My sister Susie lost her battle with lung cancer at the age of 46. I worked by her bedside for months and one of the most valuable lessons she taught me was to deeply appreciate our lives and the connections we make. After Susie’s passing, our family started the SITA foundation for Women which works to fund women internationally in pursuing education, particularly in regions where access to schools can be challenging. SITA also funds cancer research,” adds Ullal.

Kavya Kopparapu: An eye for a vision
US based Indian teen Kavya Kopparapu, named among Time magazine’s 25 most influential teens in 2018, is clubbing technology with science to heal society.

Given her lifelong interest in medicine, Indian-origin US teenager Kavya found her niche in the intersection of medicine and computer science, where she can use the power of technology to make a positive impact on society.

“My major interest has always been biology and medicine, and integrating this interest with computer science has greatly expanded the scope of my work,” says the 18-year-old Kavya, who has been named among Time magazine’s 25 most influential teens of 2018. 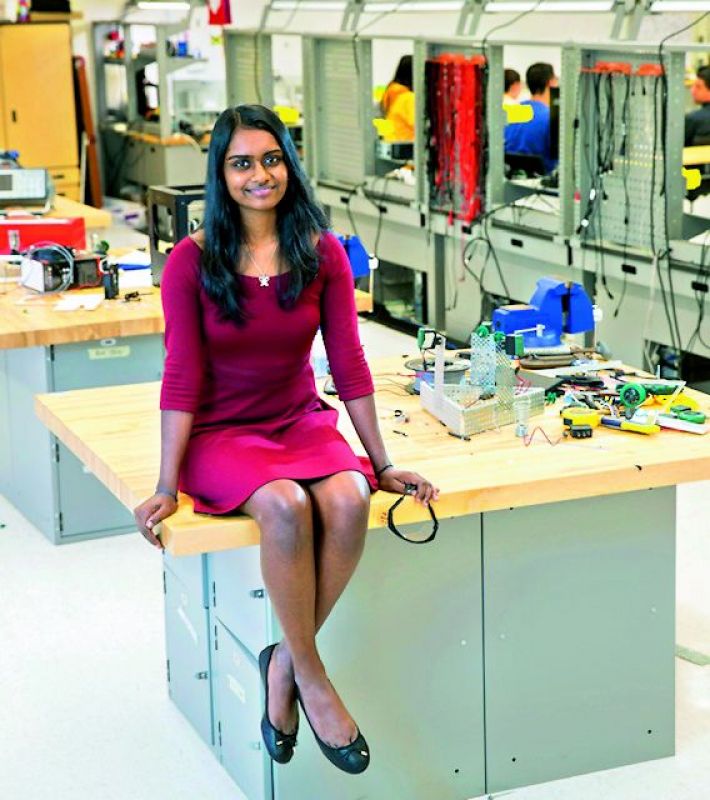 Kavya’s invention was inspired by her grandfather’s diabetic retinopathy. “It is known that diabetes can lead to blindness. This complication is called diabetic retinopathy when blood vessels are progressively damaged in the retina. It is the leading cause of preventable blindness in the world. I researched online and emailed questions to ophthalmologists, computational pathologists, neuroscientists, physicists and experts in this field. That’s how Eyeagnosis came into existence,” she explains.

With its 3D-printed lens system and mobile app, Eyeagnosis snaps a photo of the retina and analyses it with artificial intelligence to diagnose diabetic retinopathy without the need for an extensive eye exam. Kopparapu has even tested Eyeagnosis at a hospital that provides outreach care to poor neighborhoods in India.

Kavya also hopes to save brain cancer patients with her latest project — a deep learning-powered tool she calls GlioVision. GlioVision is a major first step to personalised, targeted treatment for patients with cancer. “Patients all over the world diagnosed with cancer can have access to a personalised cancer treatment regimen while avoiding costly genetic tests. They would also have access to this treatment quicker and therefore, a better chance of beating their cancer,” she says.

Gita Bhargava, who grew up in a small town of Rajasthan, talks about the risks she took while starting her own venture coming to America, moving to Silicon Valley, creating business and more...

Recognised as one of 2018’s most successful female leaders from the Silicon Valley, Gita Bhargava, took over her father’s business at the age of 16, after his death. “It was a difficult time for our family and in a first for our small town — I took on the family business. It was unusual for a girl to take part in any business let alone take over and run it. I began running the family pharmacy and was met with many obstacles initially as no one took me seriously,” says Gita, Global Upside’s Co-Founder and Chief Operating Officer. 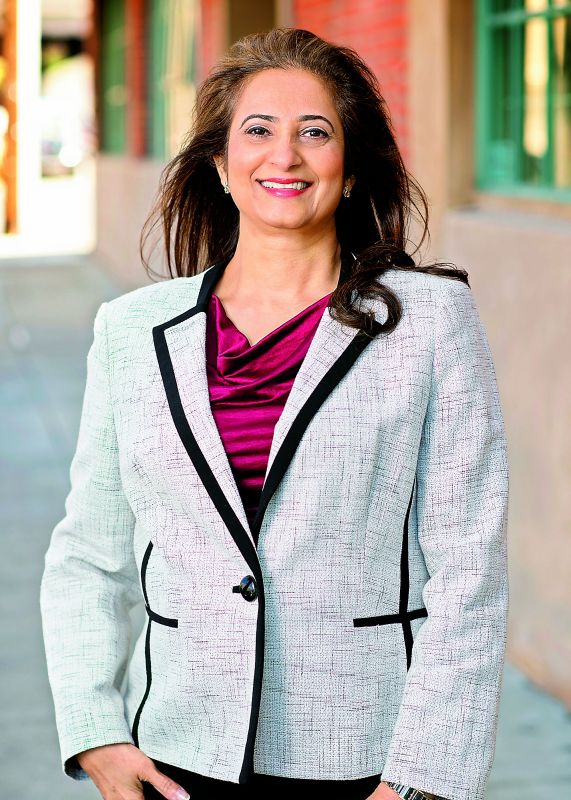 The risks she took — coming to America, moving to Silicon Valley, creating business and more — are the best things that have happened to her. “Looking back, I realise how important it is to just get started. If I had waited to understand everything we are doing for our client today, I never would have started Global Upside. It has been close to 20 years since Global Upside was founded and today we are present in over 150 countries,” says Gita, who grew up in Rajasthan. She had her fair share of distractors very early in life but was a determined teenager. “I took the criticism and dismissiveness with a smile, learnt from my mistakes and slowly and steadily gained the trust of my community. I went on to get married, moved to the United States, worked several jobs and got an education. I founded Global Upside as a mother of three and was one of the rare entrepreneurs in the field of accounting and finance, which even today continues to be a male-dominated field.”