A salute to woman power

As we celebrate International Women’s Day on March 8, here’s a look at some trailblazers who are charting their own course beyond the shores of India. Rising beyond societal expectations, they are hopeful of making an impact in their workplaces, communities and nations. Whether it is raising awareness about violence against women or heading hitherto male-dominated arenas, or contesting for the US Presidential elections, these leading ladies are making history.

Indian-American woman as US President?
In what can be termed as an unprecedented time in the history of US politics, a Hindu lady and two Indian-origin women have announced their interest in contesting the 2020 US Presidential elections, blurring the lines of race and gender. California Senator Kamala Harris, Democrat Congresswoman from Hawaii, Tulsi Gabbard and the skillful Nikki Haley, who managed to stay away from Trump’s ire and resigned gracefully, are all bracing up for political campaigns and fundraising activities at a time when stark divides around gender are shaping the US midterm campaigns. Interestingly, these female politicians have emerged as frontrunners in the 2020 US Presidential elections, and may prove to be formidable opponents to incumbent Donald Trump.

Kamal may bloom in the White house
Presidential candidate Kamala Harris credits her confidence to being the daughter of immigrants. While Harris identifies herself as an African-American in the political context, she is very much Indian in her personal life, and is close to her extended Indian family as well.

In her book The Truths We Hold: An American Journey, Harris details what she inherited from her mother and her upbringing. “Though I miss her every day, I carry her with me wherever I go. I think of the battles she fought, the values she taught me… There is no title or honour on earth I’ll treasure more than to say I am Shyamala Gopalan Harris’ daughter,” she writes.

Her mother, Shyamala Gopalan Harris and her father, Donald Harris, an economics student met as activists during the Civil Rights movement. As children, Kamala and her sister, Maya, followed them to marches. “It was the ’60s and ’70s, a charged time where everyone in my life was very actively involved,” says Harris, adding, “One of the soundtracks of my childhood is ‘Young, gifted and black’. It was about being told you can do anything you want to do and you’re accountable.”

After her parents divorced, her mother reinforced that idea. Harris remembers coming home and once complaining about some mishap at school. “My mother looked at me and asked, ‘Well, what did you do?’” she narrates.

“I realised she was teaching us that you’ve got to identify your position of power in a dynamic and not let things just happen to you,” she adds.

It took five more years for Harris, who was raised by her Tamilian mother, Shyamala (who was by then separated from her Jamaican-origin father Donald Harris), to get some national face time.

Based on her campaign video and campaign promise ‘For the People,’ it is likely that Harris’ campaign will focus on domestic policy over foreign policy. “The core of my campaign is the people. It is about the people and understanding that we all have lives that are complex,” she states.

Nikki Haley: Rising to the challenge
Lauded as one of the most powerful and influential woman leaders in the US, Nikki Haley, the daughter of Indian parents, says she was raised by her Sikh parents to be “strong”.

“My parents always said don’t complain about things, do something about it. Born Nimrata ‘Nikki’ Randhawa, Haley is only the second Indian-American to be elected Governor in the United States. Although raised in a Sikh household, she later converted to Christianity. Haley has embraced her Indian roots, and speaks often and publicly about her heritage as the daughter of Sikhs from the state of Punjab. 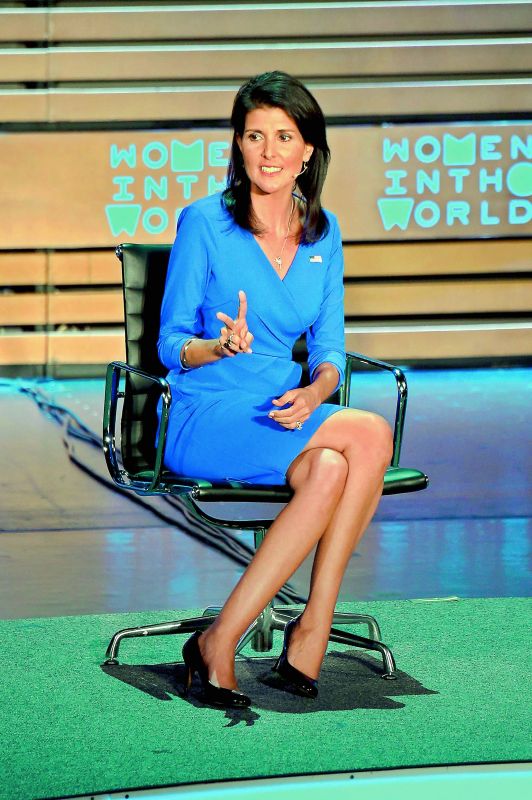 An Indian-American Republican, Haley’s name was proposed as a potential Vice Presidential candidate during more than one election season, and there’s tremendous media speculation that she could one day be the country’s first female President. However, Haley insists that she is taking a break after more than a decade of public life.

Amidst speculation around the 2020 elections, Haley said in an interview, “Everyone else likes to talk about it. What I’m really focussed on is doing my job. My parents always said, ‘Whatever you do, be great at it and make sure people remember you for it. That’s what I’m focussed on. I don’t think about the Presidency. I don’t think about 2020 or about 2024.”

Even though Nikki Haley has denied running for presidential candidate 2020, she’s getting a lot of attention and money, as a rising Republican Party presidential challenge in 2024. But if Trump is pushed out or opts out of his re-election bid, Haley could join a 2020 ticket led by Vice President Mike Pence, an ally from when they were both governors.

Tulsi Gabbard: Fighting with spirit of Aloha
When most Democrats running for the US President in 2020 are focussed on domestic issues, Tulsi Gabbard’s focus is war and peace along with other issues like health care access, criminal justice reform, and climate change. An environmentalist and a proponent of women’s reproductive rights, Tulsi started her political career at the age of 21. Gabbard was a member of the Hawaii House of Representatives from 2002 until 2004.

The first practising Hindu in Congress, Tulsi is proud of her multi-faith household. “My mom was a practicing Hindu and my dad was a Catholic who practiced yoga meditation and karma yoga. My siblings and I grew up studying from both the Bhagavad Gita and the Bible,” she says. 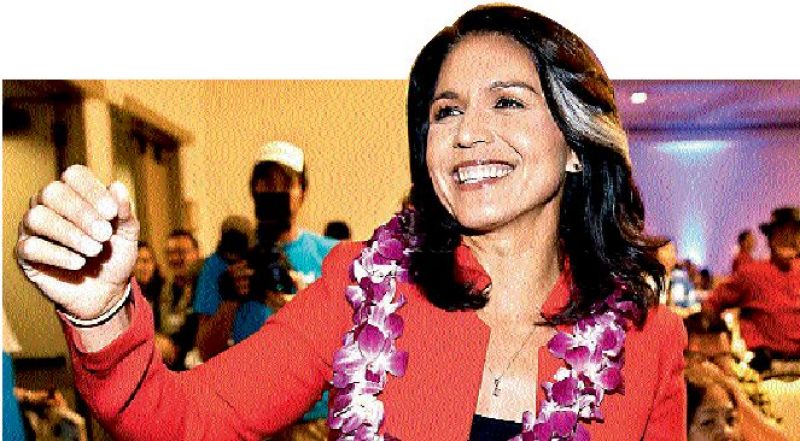 “The message of love that we hear from Lord Krishna in the Bhagavad Gita and Jesus Christ in the New Testament, is exactly what we should be speaking out about to defeat hate.” After 2012 election, she made a personal decision to take congressional oath of office on the Bhagavad Gita. “During my 2012 and 2014 elections, my Republican opponent publicly stated that a Hindu should not be allowed to serve in the US Congress. The Republican Party in Hawaii endorsed my opponent and didn’t criticise his bigoted comments,” she says, “But our nation was founded by people fleeing religious persecution, risking everything for the freedoms that form our foundation. The freedom to worship is enshrined in our Constitution, and every member of Congress takes an oath to protect that. Nothing is more important to our us than this.”

Interestingly, the United States is today home to more than five million Jews, three million Muslims and three million Hindus, yet nearly 23 per cent of Americans don’t identify with any spiritual path or religion. “At a time when some Americans are fuelling extreme divisions of ‘us vs. them’, hate-filled rhetoric, bigotry, and even violence, we cannot afford to stay silent. We must push back against those who perpetrate such bigotry and embrace the freedom and diversity that makes our country great,” states Tulsi.