Priya Gopalen and Sandhya Rajan with their team

“Great Goals” is a program for kids started in 2013 by Priya Gopalen and Sandhya Rajan in order to support their own children's interest in football. The program is designed to provide a healthy, safe environment for children of all genders and ages and is accredited by the All-India Football Federation (AIFF).

Two mothers who wanted to give their children quality sports training, are offering comprehensive and structured sports coaching classes for children between the ages of 4 and16.

“Team sports add a lot of value to a child's life. We felt that there needed to be a structured programme which should offer quality, safety and be fun at the same time. And as parents, we all value quality after-school time for our kids”, says Sandhya Rajan, founder of the program. 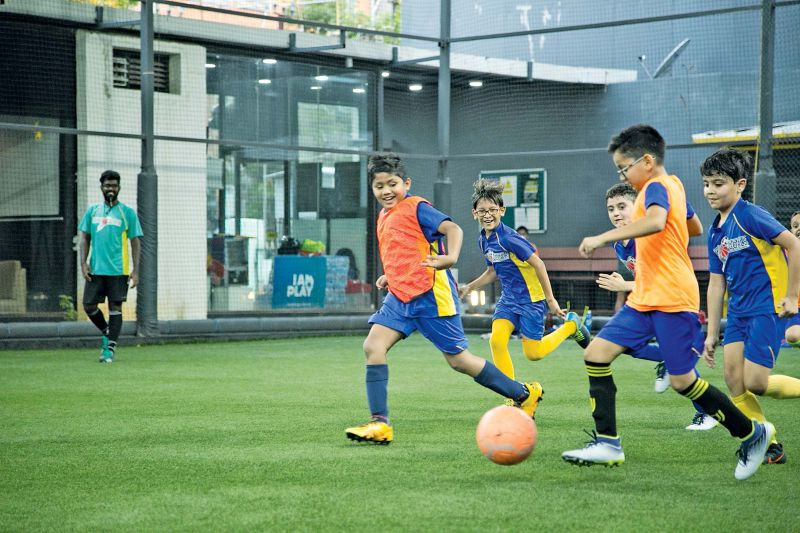 What started with 40 children in the first year now has around 400 children. A yearlong curriculum is being followed but the children are not aware of it as it is offered to them in a fun manner. Some children have competed in the national I-League conducted by the football federation. Two streams are involved - a recreation program and a competitive program, under ages 13 and 15.

“Over the years we have also built a good reputation with a lot of academies. There are academies where we give them a free entry or reduced entry fee”, says Sandhya.

Priya Gopalen, co-founder, explains, “In our tournaments we offer reduced fee and even admit some of them with no fee.  We have encouraged football in low-income groups in our I-league team and that is of importance. We have also got people to sponsor these players who come from low-income groups and more than half of them have got complete scholarships for a year”.

There is another organisation called SC-STEDS (Slum Children Sports, Talent, and Education Development Society) which was started by Thangaraj, a football coach along with his friends in 1997 in Vyasarpadi, a locality in Chennai which is densely populated with slums.

“Children join here voluntarily and coaching is given free of cost. It was a challenge for me to bring such children to play. We have also rescued many child labourers and given them new hope through football”, says Thangaraj.  Every morning coaching is provided for students from 6 am to 7.30 a.m. during schooldays and the training goes up to 10.30 a.m. during holidays.

“Nanda Kumar, a player from Delhi Dynamos, trained under us since he was six. Recently, Janani and Madhumitha from the junior girls' team, represented Tamil Nadu in the football tournament at Pune in the under-15 category”, he adds.