Keep it in the family

There are many reasons why families choose to take their children out of the formal education system. These could include illness, ideology, bullying, special needs and disengagement. However, regardless of the reason, there is proof that home-schooling is a great choice.

A classic example is that of Mumbai teen, Malvika, who was picked up by MIT after she faced rejections just because she was home-schooled. Another example is that of Naina Jaiswal, a table tennis player, who won multiple titles at both national and international championships. She was the youngest person to complete her post-graduation, not just in India but also in Asia. While most children of her age are prepping for their class X exams, the 16-year-old from Hyderabad crossed that milestone years ago, as they wrote them at the age of eight. And at 10, she completed her intermediate exams from St Mary’s college.

It isn’t always easy being a home-schooling parent — the main challenge being her struggle against the assumptions and prejudices people had about her being home-schooled. “I received a lot of negative comments. I was also demoralised by most of the people but today they have proved their mettle in education, sports and other activities. Not only Naina, but her brother Agastya, too, excelled at education at a very early age,” says Naina’s father, Ashwani Kumar Jaiswal. 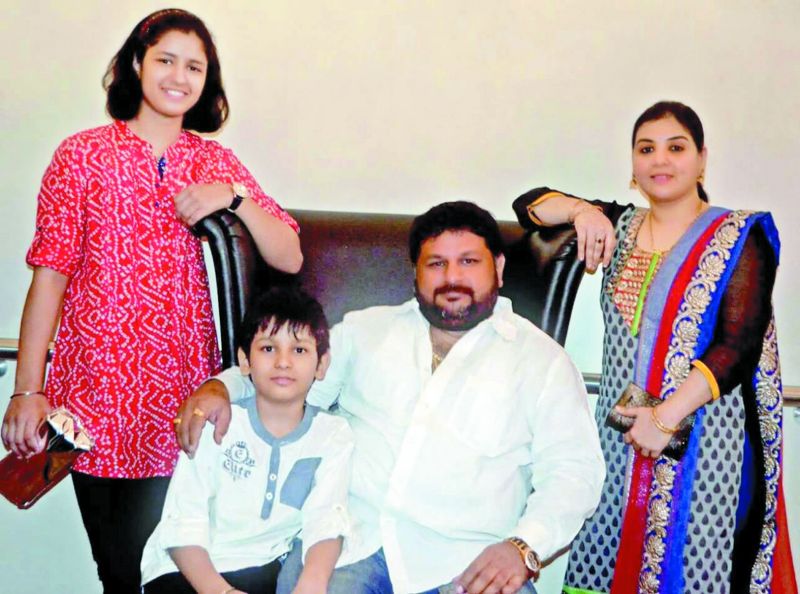 Naina and Agastya with their parents.

More parents in Hyderabad are warming up to the idea of home-schooling. Shweta and Sneha don’t spend their weekdays with exercise books anymore. They actively participate in the household chores — cooking, fixing something, working on farms and music. “We try to leave the children largely to themselves to choose what they want to pursue and how they wish to pursue it. There is very little in terms of a predetermined structure or curriculum that is imposed. The ‘learning’ happens as part of the day-to-day living,” says Ramgopal Koneripalli, who quit his corporate career and found his calling in teaching and working with kids at Centre for Learning (CFL).

So, how do they decide what curriculum to use? Says Ram, “While we plan time for  mathematics and practice Telugu reading, we don’t really see the need to do the others as structured subjects as yet, since ideas, concepts around these subjects come up anyway during the course of our work.” Adds Ram, “Whenever they have a question around a certain topic, we pick up books to refer to or research on the Internet.”

Priya Ravi, who has home-schooled her daughter Deeksha, came to know about home-schooling in 2011 at ‘Learning societies un-conference (LSUC)’ in Bir, Himachal Pradesh, where 300-odd people attended. “There I met some home-schooling families and was impressed with the idea. I was fascinated with the unlearning every parent was doing for themselves in the process of unschooling or home-schooling their children,” says Priya and adds, “It would be incorrect to say that home-schooling is simple and easy. It calls for quite a bit of commitment and involvement from at least one parent.”

What is wonderful is the options available to explore beyond schools, finding one’s interests and pursuing them. “What we enjoy the most is freedom and zero stress with respect to exams, books, classes and homework, etc.,” says Priya. Her daughter, Deeksha, has hardly ever fallen sick because of stress, competition or comparison, she says.

Given all the positives of home-schooling, there does arise a question: How would a child learn to socialise with her peers?

Saying home-schooled children are less social is not true, say these parents. Ram Koneripalli, who has home-schooled his daughters, Shweta and Sneha, says, “Like all children and people, in general, our children too like friends, company and interaction. Since they don’t have the pressures of attendance and exams, they have more time to participate in social gatherings like weddings, meeting relatives and friends. And, since they are a part of all the work we do, they go with us when we go to workshops or meetings or even teaching assignments. Because of this, their interaction is diverse —  with adults, older children, and teenagers. A group of home-schooling parents has also got together to network as a community, so the children go to each other’s homes to stay, and spend time on farms, among other activities. In addition, they play with other kids when they have the time.”

While there are many who do not agree with the idea of home education, it may still come as a surprise to hear that home-schooling is legal in India. “Even the law permits home-schooling in India. So, you can home-school and if you want your child to go to college, you get them to take exams through open schooling and accredited boards,” says Gurveen Kaur, founder of CFL.

But can children get a good science education without labs? Ram feels laboratories help in doing certain things but the world out there is a big lab of life. “We cut them off from that and bring the children into a room and want them to see science in a test tube? When one relates to nature and its process in the real setting, the heart is also engaged, in addition to the brain,” says Ram. However, they do have a simple lab setting to stimulate the interest of children.

Parents who opt for home-schooling need to equip themselves to deal with it. “Common pitfalls are over-indulgence and/or over-protection. The other extreme to counter the over-regulation of a child’s life could be that they could end up becoming extra permissive, which could convey to the children that they can do anything they want and need not take anything seriously. Such parents do their children a huge disfavour. But so many mainstream parents do the same too,” Kaur adds. Home-schooling can be a great option, a way out of the stifling rigidity of the formal system, if parents opt for it and do it responsibly. 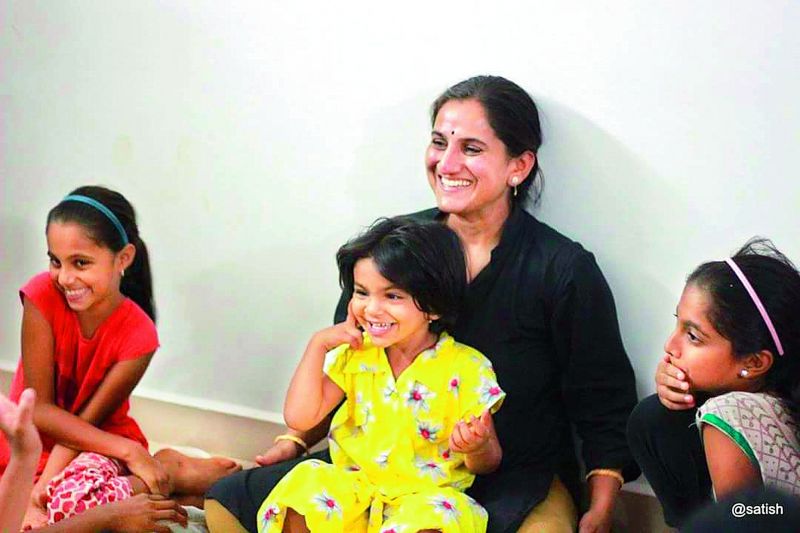 Priya Ravi with her daughter Deeksha