DECCAN CHRONICLE. | FATHIMA SHAREEF
Published Apr 7, 2019, 12:00 am IST
Updated Apr 8, 2019, 7:38 am IST
A few troll pages have been coming up on Instagram lately, which are not just hilarious but raise serious questions to society.

The quick-witted Malayalis have shown the world that humour is the best way to question, mock and even educate people. Maybe that is why Instagram has lately been witnessing a significant rise in the creation of some hilariously entertaining pages. Amongst them, two pages stand out in terms of the kind of content and messages they deliver. 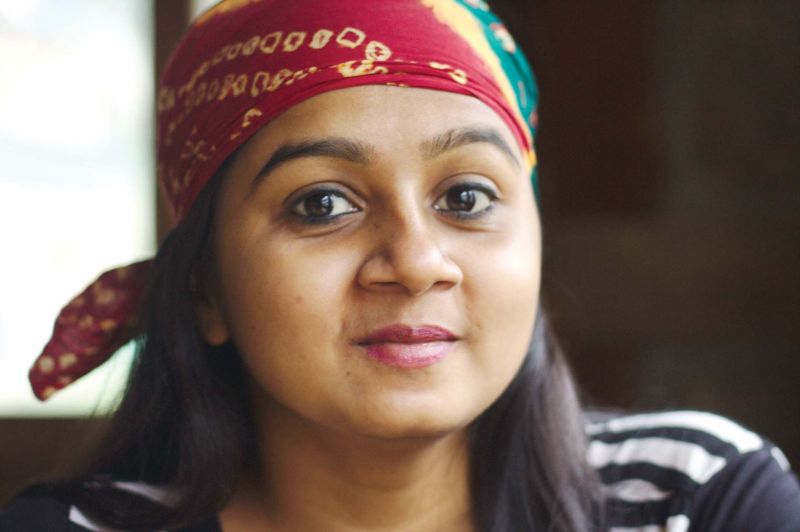 Rose Mary, a 23-year-old post-graduate from Ernakulum, wouldn’t have dared to even dream that an Instagram meme page started by her would attract a flock of followers within a short span of time. The name of her page is Too Much Equal. Rose Mary believes that feminism is something that is not acquired but innate, and had always wanted to lend voice to the oppressed women in our society. This gave birth to Too Much Equal that takes a dig at sexist thoughts existing in one’s mind. Presently running with 17.9K followers, the page was started by Rose after she took a break from her job in November 2018. Be it about taunting the next-door aunties and relatives who bug young girls to get married or sarcastically sneering at non-progressive and misogynist men, this page has all the ingredients to enlighten one on the patriarchal society. 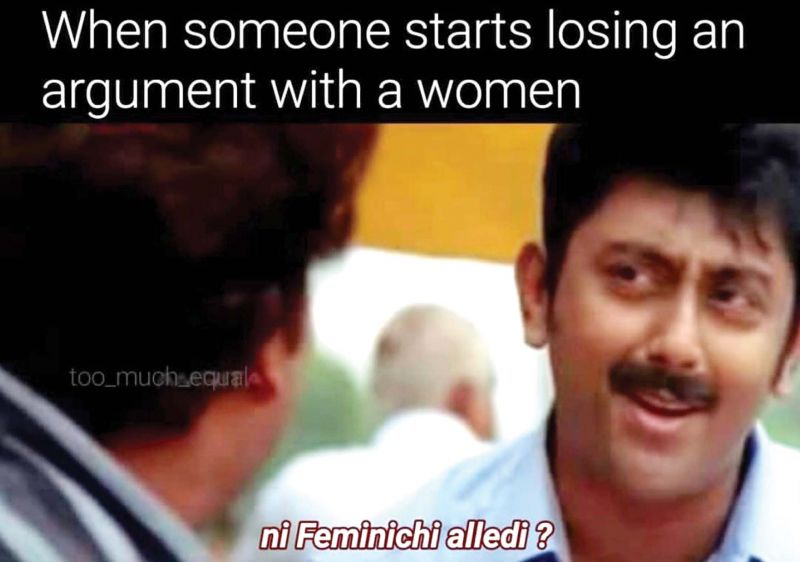 “People don’t understand what feminism is all about. They believe that women are whining over their rights. That is why I came up with the title Too much Equal,” Rose says. Her obsession with Malayalam movies and the tendency to question the system inspired her to create the memes. “Most of them are made based on my personal experiences,” she adds.

It is her friends Azmia Riaz, Neetha Shenoy and Akhil who have been helping her in the content creation and filtering the memes. “Earlier, I used to make my own memes, but now, a lot of them are sending memes and I have started to include them as well.”

Asked if her page is creating a difference among others, she proudly replies, “I think it’s creating a positive impact among the youth as I have been getting personal messages from girls asking me opinions on how to respond to the various situations that women are facing.”

Rose is working as a district coordinator under KILA in Thrissur. She takes Too Much Equal seriously and has been planning to take it a step ahead by creating public platforms for women to come forward and break the shackles by sharing their stories.

Charles Andrews, a media professional, quiz master and one of the founders of a versatile page on Instagram known as Pop Cult Tribe, says that the ratio of female-male followers of leading humour pages on the social media is 20:80. “This statistics explains that it is unhealthy to inject such sexist contents into one’s brain,” he adds.

Started on March 1st, this witty page now has 37.9K followers and has content categories ranging from Pop Cult dictionary where they give a new meaning to words, tinder profiles of Malayalam movie characters, relabelling of Hollywood and Mollywood movie titles, Kumbidiscope that ridicules superstitions and horoscope believers, and more.

Arya Prakash, an IIT English graduate and another founder of Pop Cult Tribe, says that they are trying to make ‘Mallu pop culture’ universal among the Malayalis. The definition they gave to the word Vedi in the Pop Cult dictionary recently gained immense popularity among everyone as celebrities like Rima Kallingal, Aashiq Abu and Parvathi Thiruvothu shared it. ‘‘It is a word that can affect girls in a really bad way. A girl also personally messaged us and informed that our new definition of the word gave a boost to her,’’ Arya says.

Charles feels that humour and digital space are now reduced to memes. He also adds that online pages in Malayalam cyber space are administered in a way that blatantly dismisses gender inequality.

Charles, Arya, Kishan and Aashiq – the team behind Pop Cult Tribe – are working towards the production of some uniquely different contents that were never seen before in the online space and sketch videos with celebrities containing progressive themes. They will be fun to watch, and will address social issues as well, they promise.