Nuzroul Abdulkareem was mocked for staring at a gold jewellery display. (Photo: Twitter)

A Bangladeshi worker in Saudi Arabia has been flooded with presents including the latest smartphones and gold jewellery after photos of him looking at a jewellery shop display went viral. The cleaner, who has been identified as Nuzroul Abdulkareem, earns a monthly income of around $187 (700 Saudi Riyals. 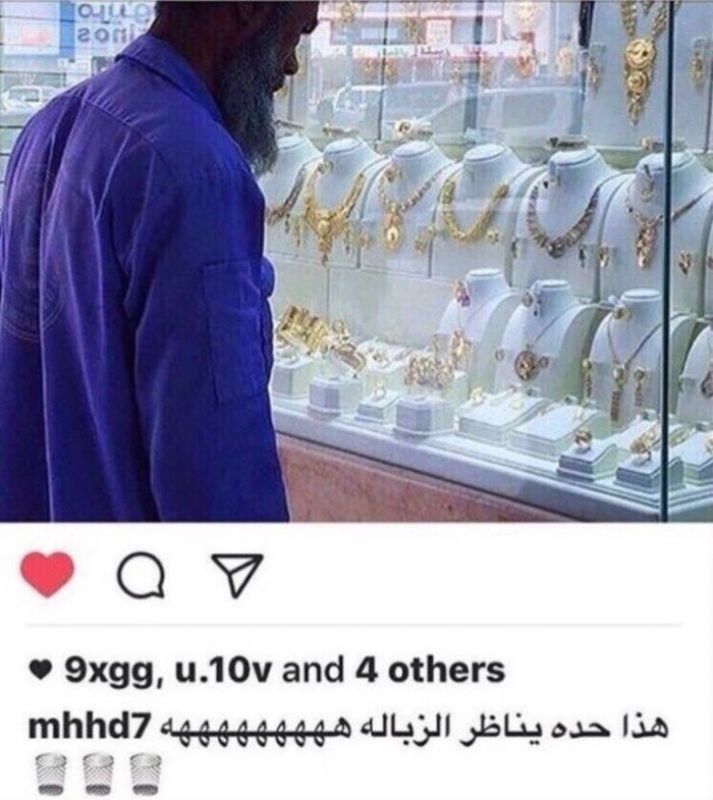 It all started when a social media user shared Abdulkareem’s picture online and wrote “this man deserves to only look at rubbish”. Saudis on Twitter instantly sprung in action to find Abdulkareem. Abdullah Al-Qahtani, a Saudi national, finally managed to track him down in Riyadh and gave him many gifts.

So far, Abdulkareem has received two-way tickets to his home country, bags of rice and honey and even two phones – an iPhone 7 and one Samsung Galaxy handset, reports Al Arabiya. Another online user tweeted photos of him holding gifts of gold.

A post mocked a waste-collector staring at gold by saying he should only stare at garbage..Saudi youth campaigned to find him&gave him a set pic.twitter.com/jw4HNqt1KS