A visit to Bhutan by Team India captain Virat Kohli with his gorgeous wife Anushka Sharma has made their countrymen proud, according to Damber S. Gurung, the first captain of the national team, who till last year was a coach and now the CEO, Bhutan Cricket Board.

“It’s always a pleasure to see cricketers visiting this scenic country. Virat Kohli is a great cricketer and Anushka, a wonderful actress. It makes every Bhutanese
proud to have them in Bhutan,” said Damber  Gurung.

Damber goes on to say how on the day the couple arrived in Paro, the Board started getting calls and messages. But once they got to Paro, Damber tells us,
Virat and Anushka headed out on an 8-hour hike, with a family who lives near their hiking track, one that did not recognise them.

“Virat celebrated his birthday here. We intended to invite them for dinner, but it could not happen because of their busy schedule. We are hoping Anushka also
celebrates her next birthday on May 1 in Bhutan,” says a clearly pleased Damber. 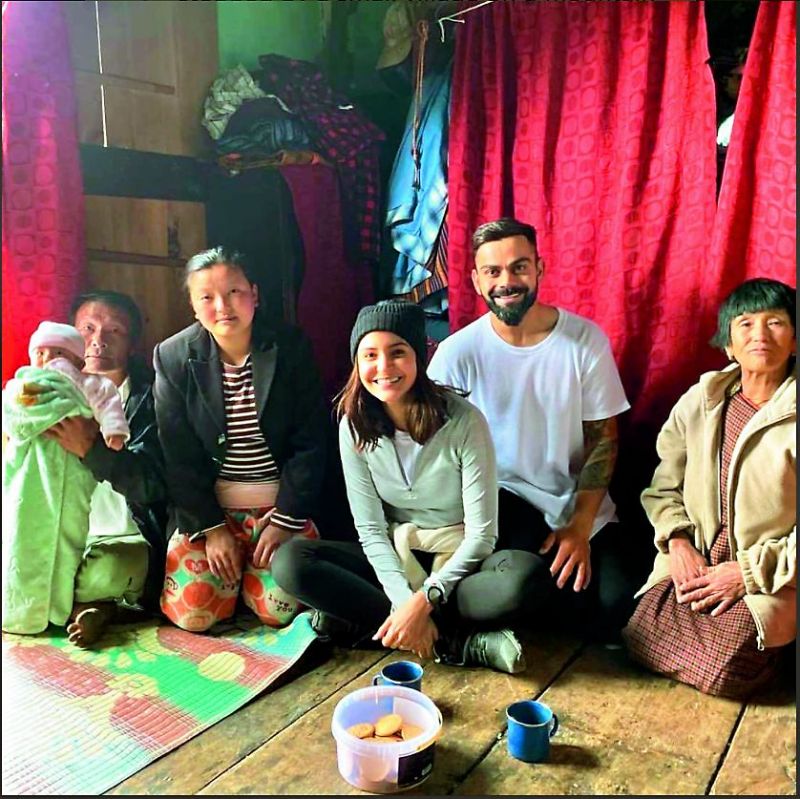 The couple with the family who welcomed them on their trek

Incidentally, Virat is not the only high profile India cricketer who has visited Bhutan.

“I was also lucky to meet the living legend Sachin Tendulkar during the UNICEF World Hand-wash Program in Thimphu, Bhutan. Sachin is an ambassador for
the UNICEF, an organisation with which Bhutan Cricket is partnered, too,” he said. 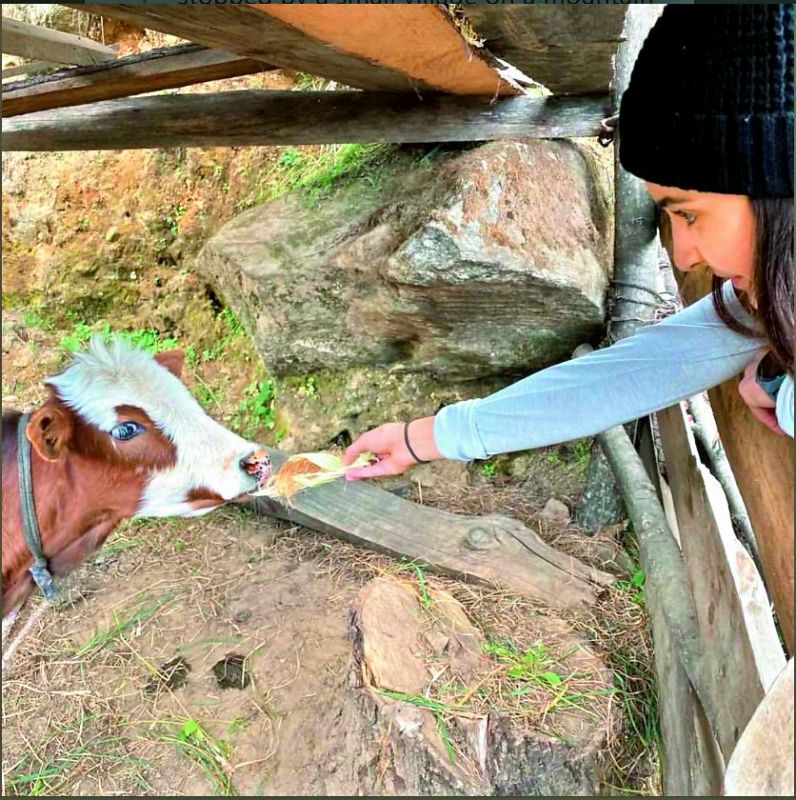 Anushka’s post:
‘A memory we will cherish forever’
“During our 8.5 km uphill trek we stopped by a small village on a mountain to pet and feed a baby calf... While we did that the owner of the house asked us if we
were tired and wanted to have a cup of tea. So we went into the home of this beautiful and warm family who had absolutely no idea who we were and yet they
treated us with such warmth and love. We spent some time with them chatting and drinking tea and the whole time they just know us as two tired trekkers !

Whoever knows Virat and me very closely, know that both of us live for such moments of genuine, simple & pure human connection... They just wanted to be
kind to two random foreigners (plus our guide) without seeking anything in return.
A memory we will cherish forever. (sic)”