A city that runs together

As many as 8,000 people participated in the Ultra Marathon

Hyderabad woke up to its first Ultra Marathon on Sunday morning and the city’s runners were obviously thrilled. As many as 8,000 people turned up at the Gachibowli Stadium before the crack of dawn. Panting gusts of air filled with pride for having completed 5k, 12.5k, 25k and 50k runs, the runners were seen to be in high spirits, feasting over the elaborate spread of breakfast, comparing their times, taking photographs and basking in the sense of achievement.

What was new?
The running culture in the city has only been growing for quite some time now. With several major runs in the past and smaller independently organised runs almost every month, we find out how different Ultra Marathon was. Udit Arora, a pacer for the 25k run, who encouraged others to stick to the time limit of 2 hours 45 minutes, says, “Runners usually practise for either half or full marathon, that is 21k or 42k. But here, it’s beyond that benchmark. It’s not just 21k but four extra kilometres, which actually make a world of difference.” Says Leela Prasad from the city, “What was new about this marathon was a drone capturing all the action, which was pretty cool to see. There were medical stations at every turn and the volunteers were great. The highlight was the food. We all had a well-deserved breakfast.” 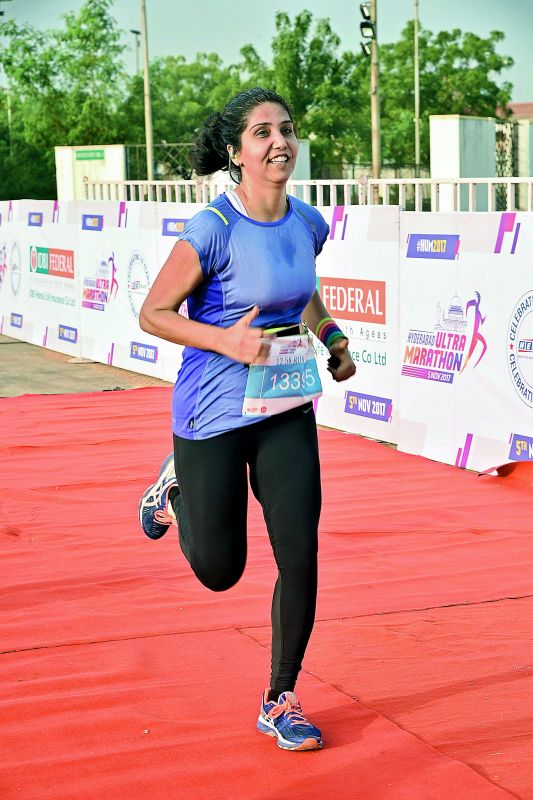 Encouraging words
The marathon organised by NEB Sports in association with P. Gopichand Badm-inton Academy, saw the master shuttler in absence as he couldn’t be back in the city in time for the event. Dutee Chand, the current national champion in 100m flagged off the 25k run. “On a Sunday morning, when many are fast asleep, it was nice to see so many people turn up. It feels good to know that athletics is being taken seriously. I have run two marathons in the past and know that patience is the key. I am happy about the turnout,” she shared. 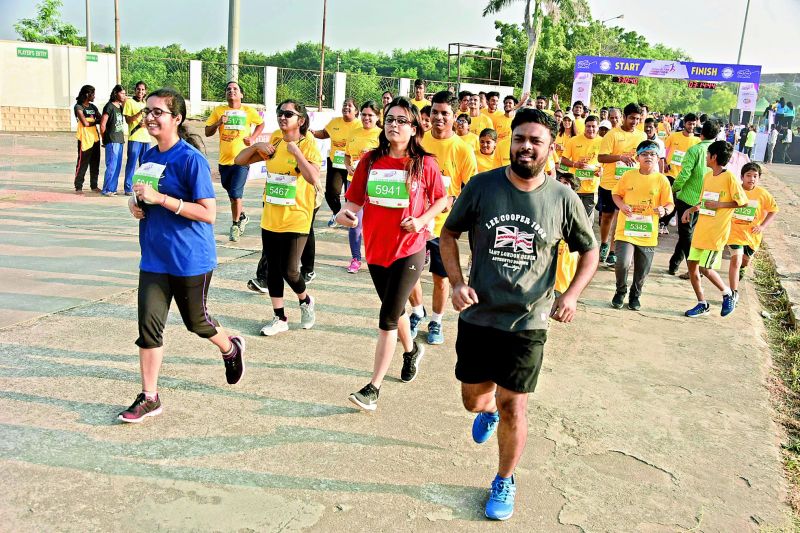 A bonding activity for family
What truly caught one’s eye was the number of parents and children who ran together. From five-year-olds to grandmothers of 75, families took part in the event and enjoyed themselves. Abhim-anika Yadav, Mrs Universe Intelligence, took part in the 5k race with her eight-year-old son Tavish. Interestingly, it was her son who inspired her. “I am a Zumba instructor and fitness is a way of life but I didn’t expect my son to be self-motivated. One day, I asked Tavish if he wants to participate in 5k and he was very keen. He plays cricket and was awed by Sachin’s documentary. Since then, this is his second marathon.” 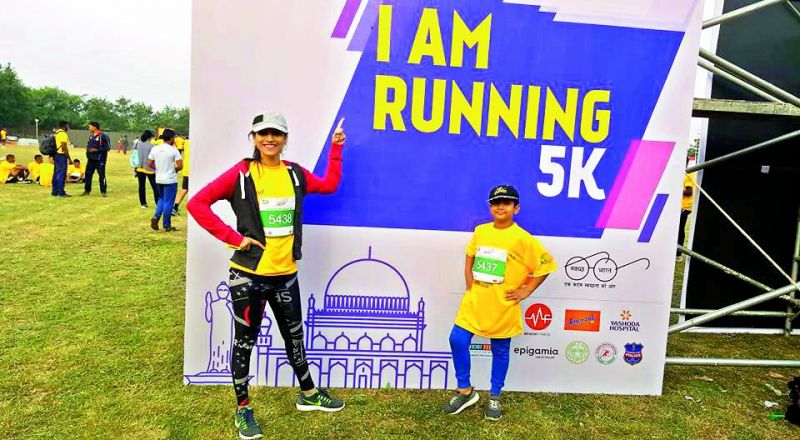 Another celebrity was seven-year-old Taniya Beg-um, who has over seven 5k runs under her belt and one 10k, along with a few more runs of shorter distances. “Her journey started at the age of three when she would accompany me for runs. Today, running is something that she’s very excited about! She’s the Indian ambassador for the world campaign Truth About Drugs run by Foundation of Drug-Free World. She spreads awareness by going to various districts where she meets ministers and sends their messages to the Indian Government,” shares her father Sheikh Salauddin. 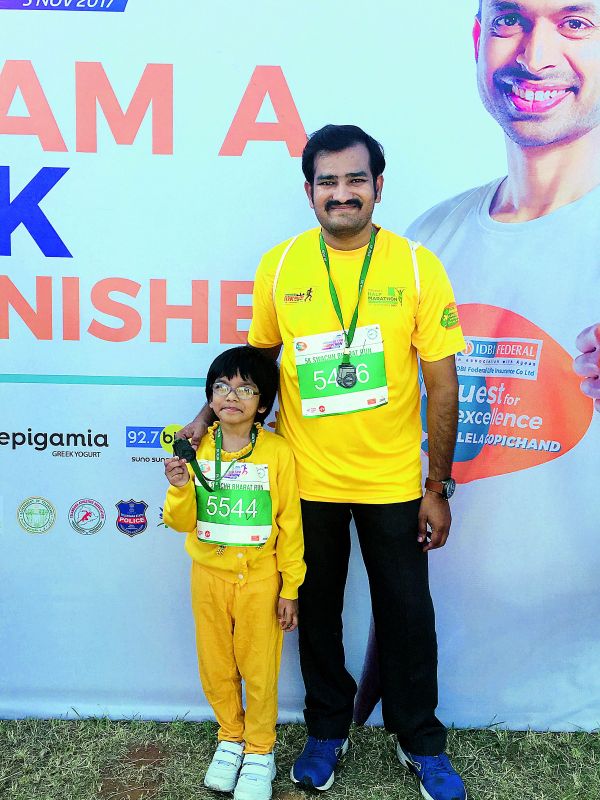 Age no bar
Manjula Srivastav, a 74-year-old, completed the 5k run on Sunday. “I did fast walking and some running throughout. My son Utkarsh is a lot into running. He took part in the 25k run today. Through him, I saw that the running culture here is bubbling and I wanted to be a part of it! I first ran in the Pinkathon two years ago and since then there’s been no turning back,” says Manjula, who even received an award from Milind Soman for being the eldest participant at an event a couple of years ago.