Puppy left at airport gets rescued

Chewy the pup and her owner's letter (Photo: Facebook)

Not only humans, even our pets are often subject to trauma because of domestic abuse. Recently, McCarran Airport bathroom in Las Vegas was witness to one such incident of domestic violence affecting pets.

A 3-month-old puppy was found abandoned in one of the airport’s bathrooms over the weekend. The owner had left behind a note with the pup, stating the reasons why the pup was left in such a predicament. 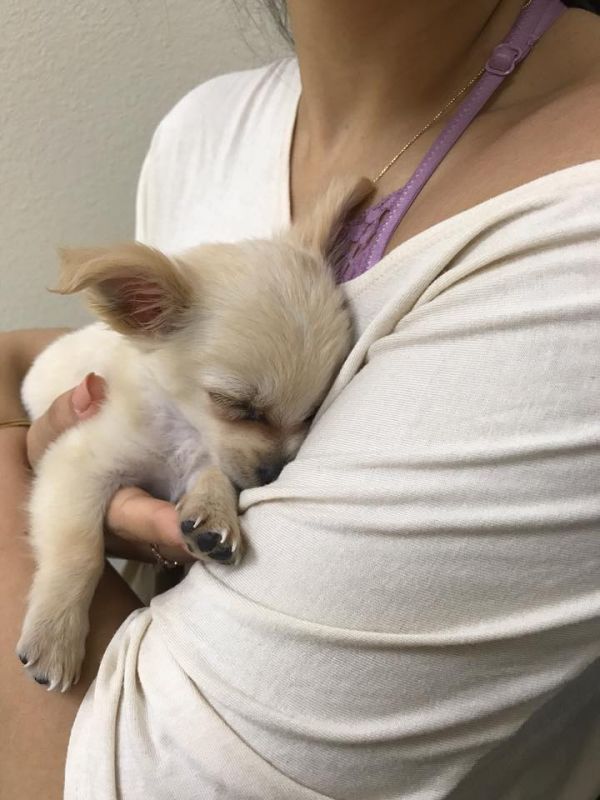 The note read, “Hi! I’m Chewy! My owner was in an abusive relationship and couldn’t afford me to get on the flight,” read the confession.

“She didn’t want to leave me with all her heart, but she has no other option. My ex-boyfriend kicked my dog when we were fighting and he has a big knot on his head. He probably needs a vet. I love Chewy sooo much – please love and take care of him.” 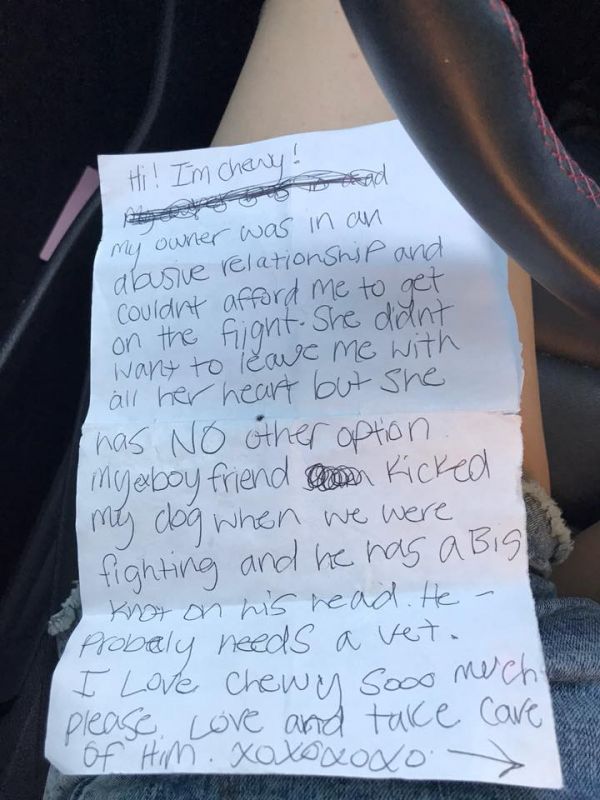 Chewy, thankfully, was discovered by a traveller shortly after his owner was forced to flee. The pup was subsequently transported to a local dog rescue centre called Connor & Millie’s Dog Rescue.

Thankfully, the rescue has taken good care of Chewy and she seems to be making a good recovery.

Their Facebook page posted, “There has been tremendous interest in little Chewy!!! We are compiling all the interest forms and will be going through them all. CMDR would like to say thank you for all the offers of a loving home.”

They further wrote, “ “However, there is but 1 Chewy and he can go but to 1 home. Please consider the hundreds if not thousands of ‘Chewys’ loaded with love that are desperately seeking homes in shelters which are at max capacity, rescues are full!” 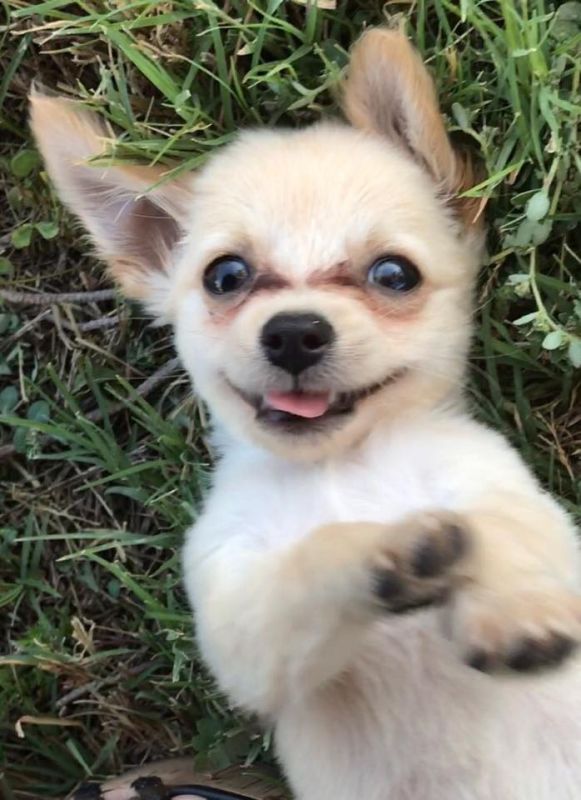