Weaving his way up

“My love for textiles dates back to when I was only eight years old and visited my father’s tiny store that used to be a matching centre and also sold saris,” says Gaurang Shah. His story is not one of luck or overnight success, but of hard work and patience. 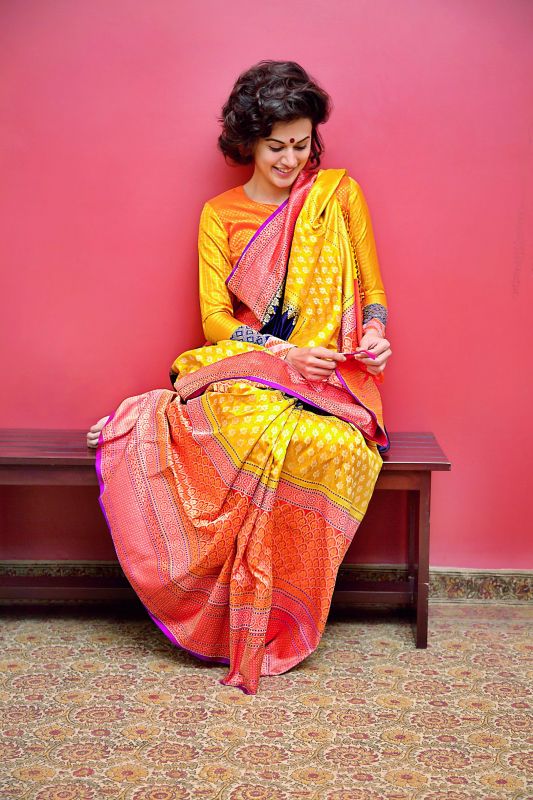 Drapes of elegance: Actress Taapsee Pannu in a sari designed by Gaurang Shah.

Back in 2001, when traditional handlooms were fading into oblivion due to declining patronage and an onslaught of embroidered saris like georgettes and chiffons, weaver communities were mired in debt, uncertainty and hunger deaths. It was then that Gaurang took up the challenge of reviving the traditional handlooms and bringing them back in vogue, a task which took him nearly two painstaking years.

“After I finished my education, I knew that I had to do something in the field of textiles. My father already owned a shop and it was quite popular, but I wanted to make it more than just a matching centre. So, I started researching about various textiles, weaves and handicraft work, and travelled the length and breadth of the country to gain knowledge about as many weaves as possible,” says Gaurang, who elaborates on jamdani, a kind of weaving technique that caught his attention. 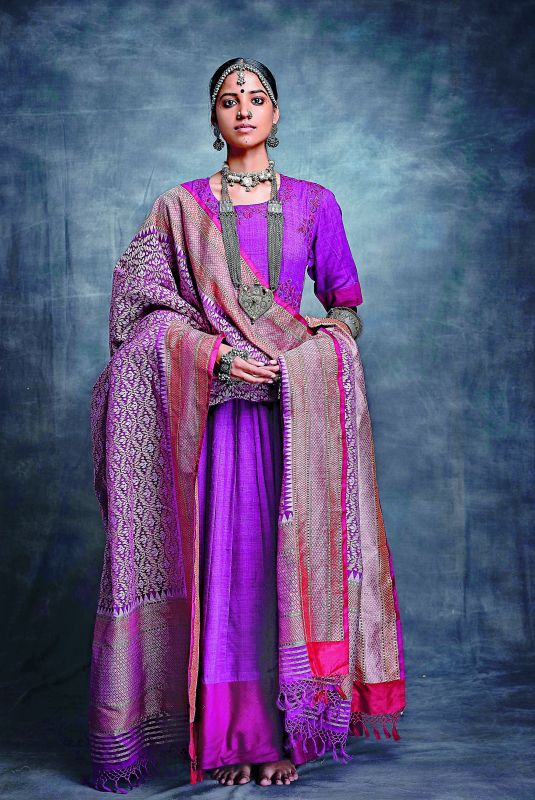 “Jamdani is a brocaded fabric woven with discontinuous extra weft yarns. The age old horizontal tapestry technique is used while creating a sari, so that we get the effect of a drawing on fabric,” says Gaurang, adding, “The bigger problem was to convince the jamdani weavers to make saris differently than what they were doing for centuries, in order to increase their saleability. It takes a lot of courage to accept change and I had to persuade them that these saris will sell and that I will give them work throughout the year.” 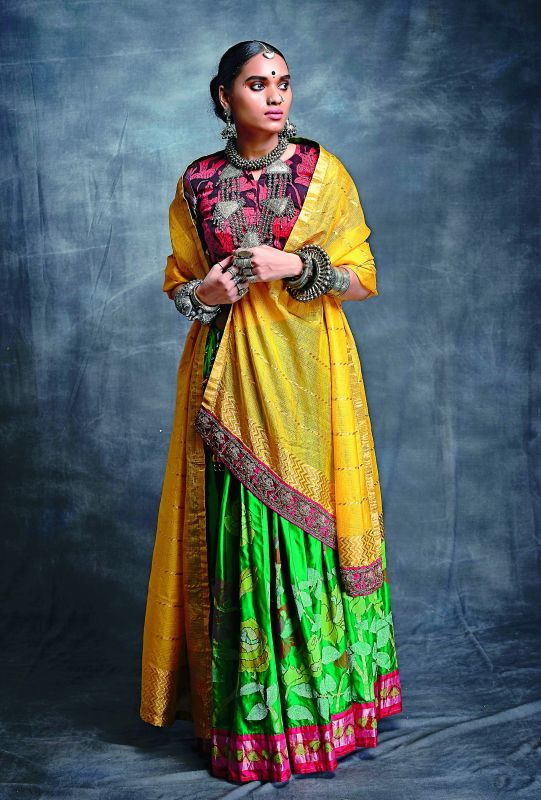 Gaurang recalls, “I somehow managed to convince 10 weavers and started a premium line. But, powerloom and printed saris were in fashion and not many appreciated what we had designed. There were times when the store was overstocked and there would be no customers.” It took two to three years for Gaurang to build a loyal clientele. Today, many ladies wait patiently for his collections and the designer has reached fascinating milestones, including global recognition in the form of the Best Indian Weaves Designer Award at Lakme Fashion Week Winter Fest, 2012.

Weaving a sari requires an ability to visualise the final product and a lot of patience. Also, a hand-woven sari typically takes 10 to 12 months to be made. “My competition is with the power loom. Although the quality of a hand-woven sari is very high, economically, a power loom sari of the same print will be much cheaper. Also, there are many who can copy my designs from a fashion show and print as many saris as they want. So, I need to make sure that my designs are exclusive. Also, I never make a customised sari for anyone because not everyone can visualise how that sari will look, once done. I don’t want my customers to ever be disappointed,” he says.

So, why is Gaurang known exclusively for his saris? The self-taught designer says, “Even as a kid, I was fascinated by the way my mother and other ladies who came to our shop carried their saris. It was then that I decided to make saris more fashionable. A sari is like a six-metre-long canvas which never goes out of fashion. It is such a beautiful attire and looks good on women of all ages.”

Today, Gaurang, the label, personifies elegance and captures the beauty of traditional handlooms and weaves. He works with over 800 weavers across the nation and tries to bring forward traditional Indian weaves and hand embroideries like Parsi, Kashmiri, chikankari, Kutch, and kasauti on handloom saris with a subtle contemporary flair.

“While touring the country, I found very talented weavers with unmatched skills, but with no one to tell them how to go about designing the sari. Many of them live in rural areas and are not very well-versed with the current fashion and trends. After I started giving work to weavers in some of the areas, many who had left the business started weaving again,” explains Gaurang.

When asked if he would like to expand his business further with an online presence, Gaurang says, “No. My saris are very expensive, and there is no point expanding the business in smaller cities or abroad, where people don’t wear such saris. If someone wants to buy a sari worth lakhs, they would want to see and feel it, not buy it online. The focus is on designing great saris and making my customers happy.”