The siege of Seringapatam marked the end of the Fourth Anglo Mysore War and the fall of the kingdom of Mysore, perhaps the most powerful opponents of the British rule.

On May 4, 1799, Tipu Sultan fought his final battle. The siege of Seringapatam marked the end of the Fourth Anglo Mysore War and the fall of the kingdom of Mysore, perhaps the most powerful opponents of the British rule. After their victory, the British took indirect control of Mysore, restoring the Wodeyar dynasty to the throne and installing a British commissioner to advise the puppet king on courtly matters. Tipu Sultan's young heir, Fateh Ali, was sent into exile. "My ancestors, Tipu's descendants, were banished from South India, so they fled to Calcutta," said Sahebzada Mansoor Ali, a seventh generation descendant of Tipu Sultan.

Ali works out of a non-descript office in Hudson Circle, the nucleus of his impassioned study of the family legacy. Those who appear sceptical of his ancestry invariably find themselves presented with papers, pulled out of large, heavy files and spread out across his desk to confirm his bloodline. About a month ago, when we first met, Ali had just finished dashing off a letter to the Chief Minister, asking for the rehabilitation of the family. "We have also asked for a library and a research centre," he said. It was another project, however, that he held closest to his heart -  a website that details the much-misunderstood legacy of the Tipu Sultan Shaheed, freedom fighter and former ruler of Mysore.

"It can be translated into 153 languages," he beamed, proudly showing us what was, at the time, a prototype. On May 4, 2017, 218 years since the death of Tipu Sultan, Ali launched the website in Srirangapatnam, where family custom demands an annual ritual, conducted in Sufi tradition, in memory of Tipu Sultan. The need for a more holistic view of Tipu's legacy was pressing. "British versions dominate the narrative around Tipu Sultan," said Ali, visibly distraught at stories of the king's supposed fanaticism that are liberally used in local politics.

"The family was imprisoned till 1806 under Lord Cornwallis, who was determined that we should have nothing to do with Srirangapatnam," he explained. "They were banned from entering South India." When India finally won her independence, existing royal families, several of whom had forged alliances with the British, were given their due in Indian politics. "Our family was left out, despite the fact that we opposed the British rule so vehemently," said Ali. "We were never given any kind of political opportunity and we didn't demand it either." 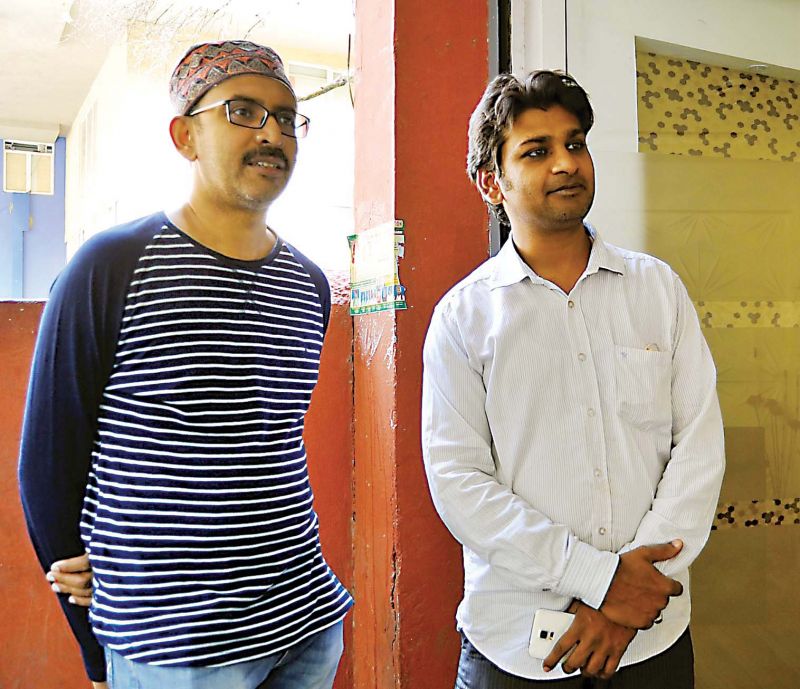 Trapped in Kolkata, there was very little the family could do to return to its roots. "We made our way back through the women in the family," said Ali. The women married into families in the South and managed to re-establish the Tipu Sultan bloodline in the south. One of these women was Shahzadi Shah Rukh Begum, the daughter of Sultan Yasin, the fourth son of Tipu Sultan. Begum married Mir Humayun Bahadur, who belonged to one of the wealthiest Muslim families in India at the time. Their son, Nawab Syed Muhammad, a deeply patriotic young man filled with ideas of a united, secular India that would go on to defeat the British, made his way to Indian National Congress in 1894, sidestepping the Muslim League - which still hadn't evolved into the vociferously anti-Congress organization it became. INC archives say he was appointed the first Muslim Sheriff of Madras in 1896. "He gave the Congress a great deal of help, offering them land and financial assistance," said Ali. "He became the President of the Congress in 1913." 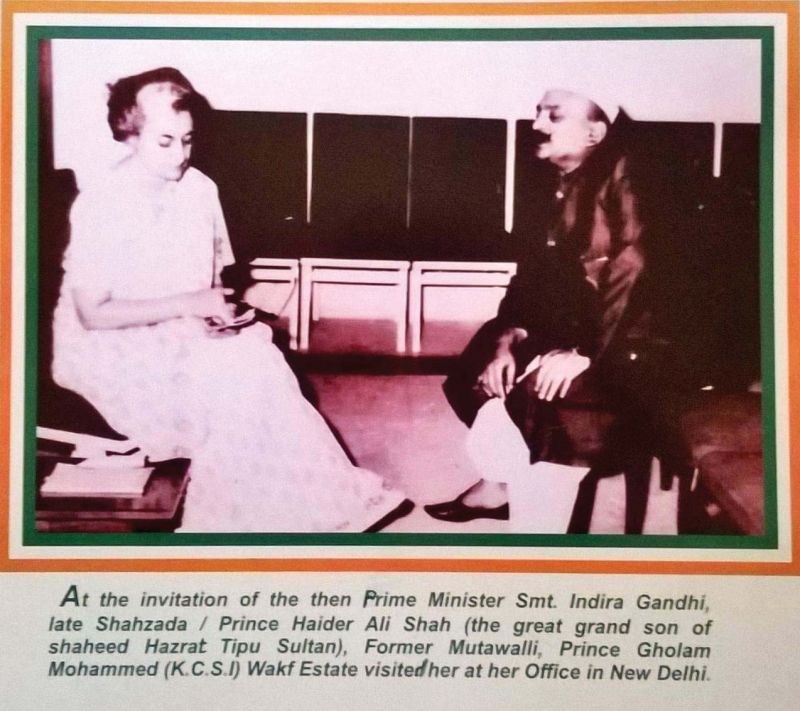 It was only after Independence that the family returned to South India, this time through the male descendants. "In 1950, we moved to Kolar and even then, never demanded anything of the Congress," said Ali. In 1978, Prince Haider Ali Shah, the great grandson of Tipu Sultan, was invited to visit Prime Minister Indira Gandhi in Delhi. "We asked if we would be allowed to take care of Tipu's tomb." This didn't pan out, for political reasons - "Perhaps they worried that if our family came back here, they would occupy the political scene." 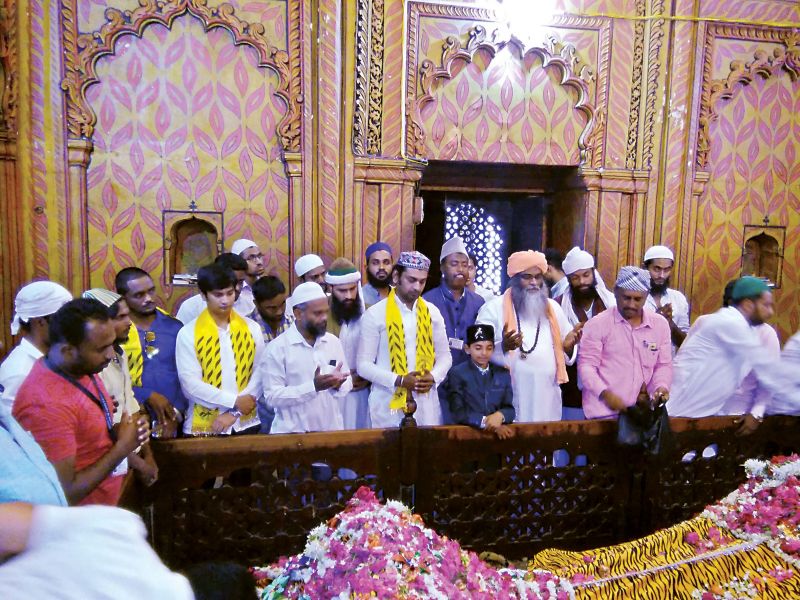 In 2013, Ali's wedding took place at the tomb, reviving a long-lost family tradition after over 200 years. That's when he first encountered the riptide of communal forces operating in the area.

In 2013, Ali's wedding took place at the tomb, reviving a long-lost family tradition after over 200 years. That's when he first encountered the riptide of communal forces operating in the area. "Tipu Sultan's name was being misused and history was misrepresented. Some people call themselves the rightful followers and many people have views on his legacy, but very few actually know the facts." Ali delved into local archives for information, unearthing volumes in different South Indian languages and learning to understand them with translators. "I met them all, from Mir Hussain Ali Kirmani, Bhagwan S. Gidwani and of course, Girish Karnad, to talk to them and learn their references."

The narrative, he said, is dominated by stories of Tipu Sultan's fanaticism. "This is one of the reasons why I decided on a website." His research took him to libraries scattered across South India and to every site where Tipu Sultan made an impression. "He may have lost everything, but he was a freedom fighter and people across the world remember his name."The website launched on Friday attempts to set the record straight.

On Nawab Syed Muhammad Bahadur
Bahadur was an Indian politican who served as the president of the Indian National Congress in 1913, at the Karachi conference. The son of Shahzadi Shah Rukh Begum, daughter of Sultan Yasin, the fourth son of Tipu Sultan, Bahadur belonged to one of the wealthiest Muslim families in the country at the time. "He gave property and financial assistance to the Congress," said Khan. Muhammad joined the Congress in 1894 and became an active member and believed that the aim of the party was to unite the people of India, regardless of religion, into a strong nation.

Tipu's Death
Tipu's body was found close to the northern fringe of the Seringapatam fort. A stone plaque marks the spot. Lachlan Macquarie, who participated in the battle of 1799, says, in his account: It is not known how or by whom the Sultaun was killed; nor was it ascertained for several hours after we were in Possession of his Palace and Capital that he was killed at all, most People supposing that he had made good his Retreat out of the Fort at the opposite side that our Troops entered it at the commencement of the Assault. 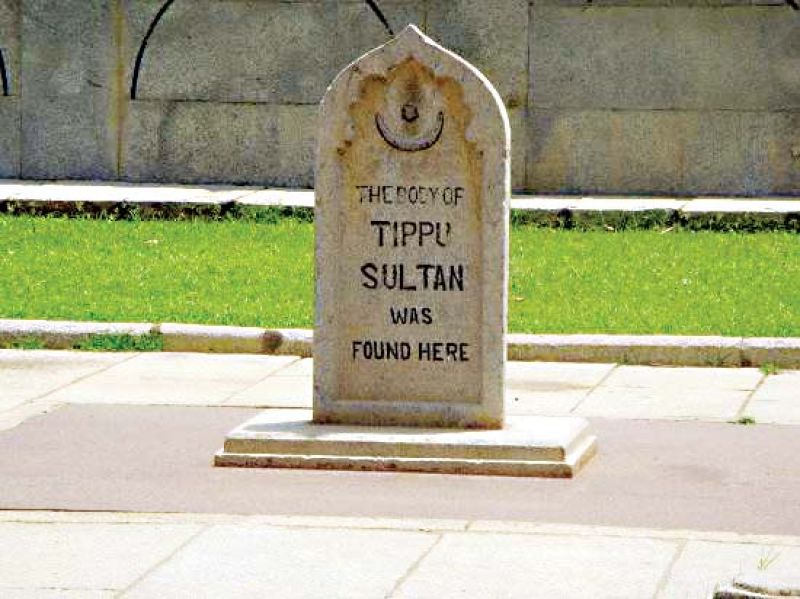 Tipu's body was found close to the northern fringe of the Seringapatam fort. A stone plaque marks the spot.

Tipu Sultan and Kunigal Stud Farm
Located on the outskirts of Bengaluru, this 400-acre farm is the oldest of its kind in the country. The property, which was leased to United Racing and Bloodstock Breeders in 1991, traces its origins back to the 1790s. Tipu Sultan, an ardent equestrian, set up the farm to breed horses for his wars. "He imported studs from Arabia and France for the cavalry regiments," said Syed. In 1887, the farm housed Pero Gomez, the first ever thoroughbred stallion to be imported into India.