DECCAN CHRONICLE. | FATHIMA SHAREEF
Published Apr 6, 2019, 12:03 am IST
Updated Apr 6, 2019, 12:08 am IST
Sana and Jassim have started a chapter of the Robin Hood Army in Kozhikode, who collect excess food and distributes among the hungry.

Sana and Jassim with their family

We all have advised our children not to waste food. We have also expressed dismay over the amount of food that gets wasted at restaurants and parties. What else? Is that all we can do? Then, meet this couple who has moved from Kuwait. They are collecting surplus food from restaurants and catering services, and donating it to the underprivileged people in Kozhikode. 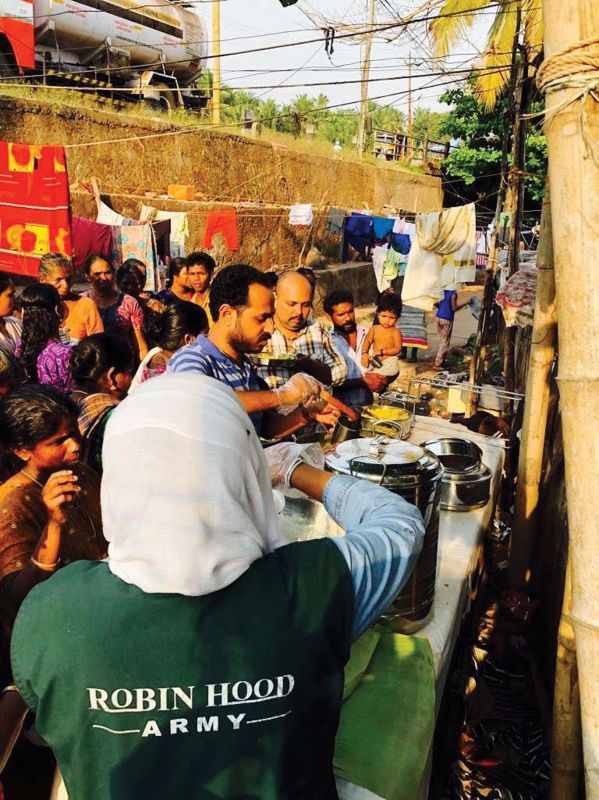 Fret not anymore, if you have excess food after a function at your home or if you ordered a little too much while having dinner at a restaurant. Because Sana and Jassim’s green veiled volunteers from the newly started chapter of Robin Hood Army in Kozhikode are one phone call away. They will rush to your place to collect the food and deliver it to the needy. 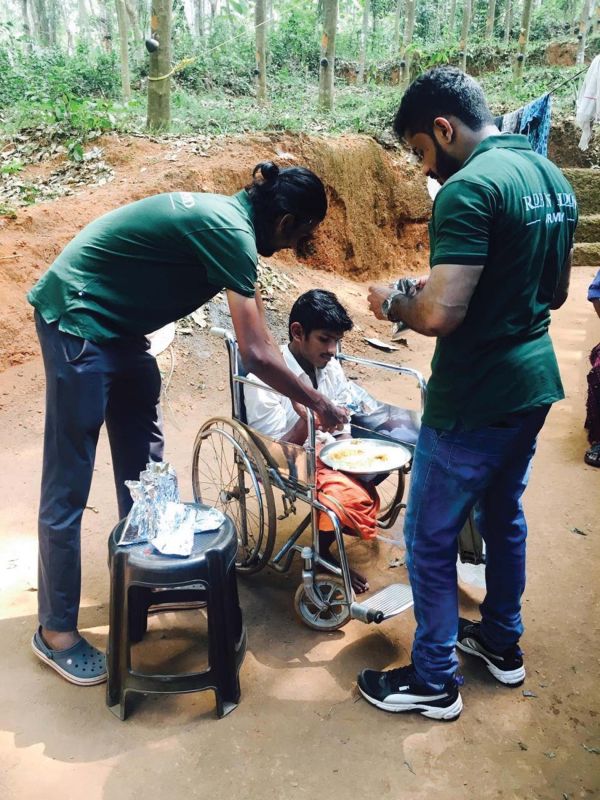 In less than two months, the Robin Hood Army has fed 4,959 people in just 54 drives. A zero-fund worldwide organisation started by Neel Ghose and Anand Sinha on August 26, 2014, the Robin Hood Army is functioning in 133 cities in 13 countries. Its vision is to eliminate hunger. “More than 40 per cent of cooked food in the world is directly going to the dustbin and I believe that every religion emphasises that we shouldn’t unnecessarily waste food,” says Sana.

Sana, mother of three and hailing from Mumbai, had always wanted to dedicate her life to social service and was looking for the right NGOs to work with, when she found out about the services of RHA and applied to be their volunteer in Kozhikode.

“My vision is to make Kozhikode as a zero food wastage city and reach to each and every needy person out there – be it the need for food, education or social awareness, myself and my army will be there,” she says.

From professionals including lawyers and teachers to wheelchair-bound people, they have 45 volunteers at present. Specialised in health coaching and nutrition, Sana Jassim’s husband Mohammed Jassim personally arrives at restaurants and other venues to taste and check the quality of the food before it is donated. He had been working in Kuwait for 40 years in an oil company before he moved to Kozhikode last year.

“Our main purpose is to end wastage of food. This is a nonprofit service. Everyone who commits to volunteer will have to meet their own expenses such as fuel for the transport,” Jassim’s adds.

Presently, Sana and her team including her husband are preparing to start RHA chapters in hyper local areas such as Balussery, Wayanad, Malappuram etc. There will also be educational training for the local kids and their mothers on the beach areas as Sana thinks that even though Kerala is 100 percent literate, the quality of education offered to the underprivileged needs to be improved.