An advice for Anand Mahindra

Mumbai based businessman Anand Mahindra was surprised after receiving a letter from 11-year-old girl suggesting a modification in Mahindra’s vehicles in order to reduce noise pollution.

A girl named Mahika Mishra, in a handwritten letter, suggested limiting the times a driver can honk in 10 minutes to prevent drivers from over honking. Anand shared a picture of the letter on Twitter and wrote, “At the end of a tiring day, when you see something like this in the mail..the weariness vanishes...I know I’m working for people like her, who want a better—and quieter world!(sic)” 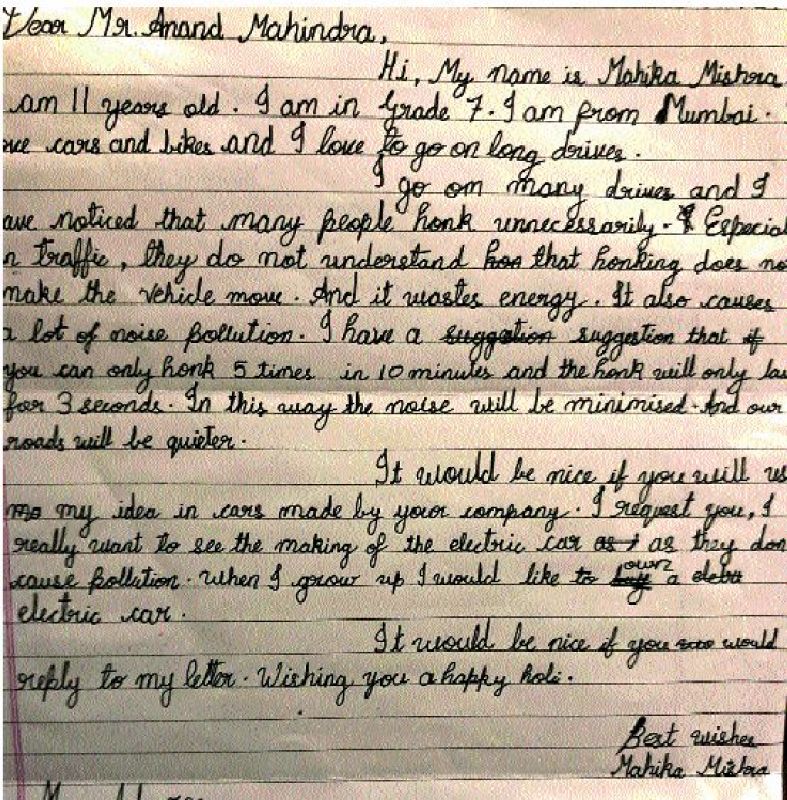 The tweet also got massive acknowledgement from Twitteratis and many praised the girl for being sensitive towards the environment.