The warp and the weft of a nation

Indian handlooms are famous the world over, so why should handloom be considered a dying art, given that people from all walks of life endorse them in their day-to-day life? Even the film industry is witnessing a wave of Indian handlooms and hand-woven traditional trends with films like Sui Dhaaga and Mallesham. Today, the handloom industry is not just a source of employment for the underprivileged weaving community but is gradually gaining a brand value of its own.

Indian handlooms hold a major chunk of hand-woven fabric, almost 95 per cent in the world. With fashion designers stepping in with their ideas, handloom weavers have started experimenting with Chanderi, Ikat, Benarasi, Mekhlai, Kanjivaram, Paithani, Zamadani, Mekhla chadar etc. Many brands are also working with weavers from different regions like Peter England (weavers from Andhra Pradesh), Biba (mainly from Rajasthan and Gujarat) and Allen Solly (Pochampally Handloom Weavers Co-operative Society from Telangana) among other retail brands.

Although this sector has global business potential and designers and celebrities are endorsing handloom in a big way, one of the most promising industries is going through a lot of transformation right now. So do we really need a National Handloom Day?

Designer Gaurang Shah, who took up the challenge of reviving traditional handlooms and bringing them back in vogue, says, “More than a day’s exhibition, it is important to inculcate the value of handloom consumption and also the sustenance of ancient handloom craft. While exhibitions enthuse consumers, what is really needed is for people to appreciate its value and encourage the artisans through consumption. The weaver tribe also needs to grow and become more creative if they have to fight power looms. Weavers need to show their best to the designers.” 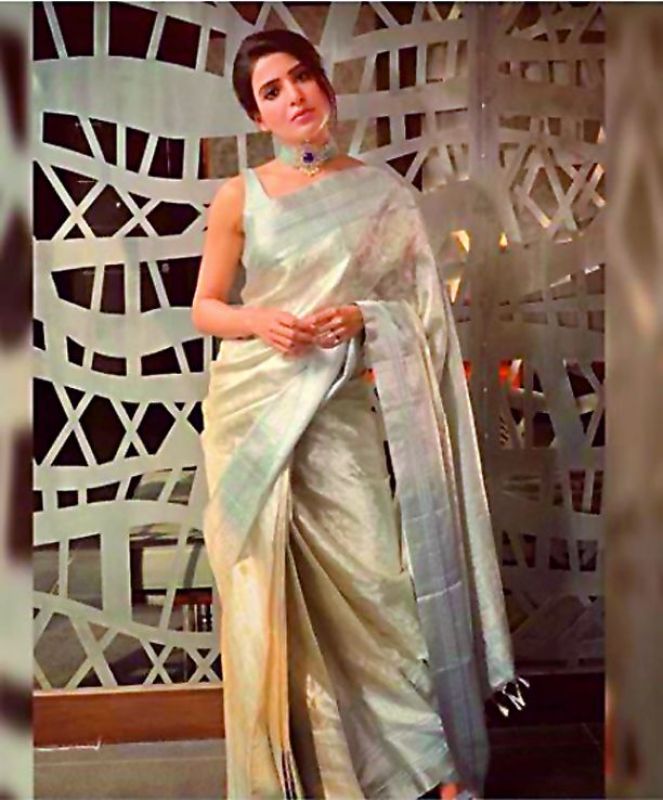 Since the eighteenth century, aesthetic mementos, décor, craft, art and hand-made products have been integral to diplomatic relations. Now, designers are giving a fresh perspective to this age-old textile and craft — making it even more meaningful for today’s generation. Handloom is a designer’s paradise that just needs the right design interventions.

“The handloom sector is getting a huge impetus from different directions — the Government, designers and consumers. Even if it is for a day, any handloom driven initiative increases awareness and draws attention to handloom varieties and processes. This in turn, can be a catalyst for more innovation, opportunities and change. The processes of handloom and handmade products will be better understood and appreciated, and hence, marketing handlooms would be less challenging,” says Jyoti Reddy of Ereena, who has been cultivating eri silk for the past decade in Assam.

Meanwhile, designers are conscientiously bringing back Indian crafts and handlooms by working with rural artisans and understanding these very aspects. Indian designers like Anita Dongre, Rahul Misra, Gaurang Shah and Ritu Kumar among others have made conscious efforts to infuse their designs with Indian handlooms and crafts.

“This will encourage youngsters to sit on handlooms with their weaver parents. The more educated among the handloom weaver communities will change the rules of the game. And handloom weaving will become a hobby of sorts for the elite,” predicts Jyoti.

So how does one ensure that these skills sustain and thrive in the future too? Uzra Bilgrami, also known as Uzramma, says, “The youth are really into handloom. Further, hand-woven cloth is becoming increasingly popular in the fashion industry.”

Meanwhile, with an objective to promote upcoming designers to use the handlooms of the state and work with weavers, the Department of Handlooms and Textiles, Government of Telangana, has brought young designer Rina Singh on board to recreate the Telia Rumals with Master weaver Guda Srinu from Puttapaka, one of the few weavers in the state who is still an expert in working in Telia Rumals. “New designs and colours have been created and will be worked on to take it forward to the next generation,” says Rina Singh.