A file photo of marathoners in Bengaluru.

The Kempagowda International Airport is becoming a marathon paradise! Yes, you heard that right! For a marathon runner, the ultimate paradise would be to run without any hurdles. And this marathon at the Kempegowda International Airport gives runners a chance to use that exclusive tarmac to celebrate its 10th anniversary. The airport will be opening up its runway, which is considered to be a high security area, to runners for the very first time. Only a lucky 100 will be allowed for the 10k run on the runway. We got runners to share their views on this hurdle-free run and more.

Akash Nambiar, who has already registered for this run, says that it will be a dream come true for runners. Akash who works at a social media management forum says, “As soon as I got the news, I immediately registered. It is definitely a great opportunity for Bengalureans as this has never been done before. I noticed that it had happened once in the USA at the John F Kennedy Airport. It will be a new experience for people who normally run at Cubbon Park. The fact that they are taking only 100 runners will ensure that it won’t be crowded, and one can run at their own pace. I run from city to city, but the craziest run was at Dharmshala. It had never ending hills and though we were running on the highway, it is a hilly one.” 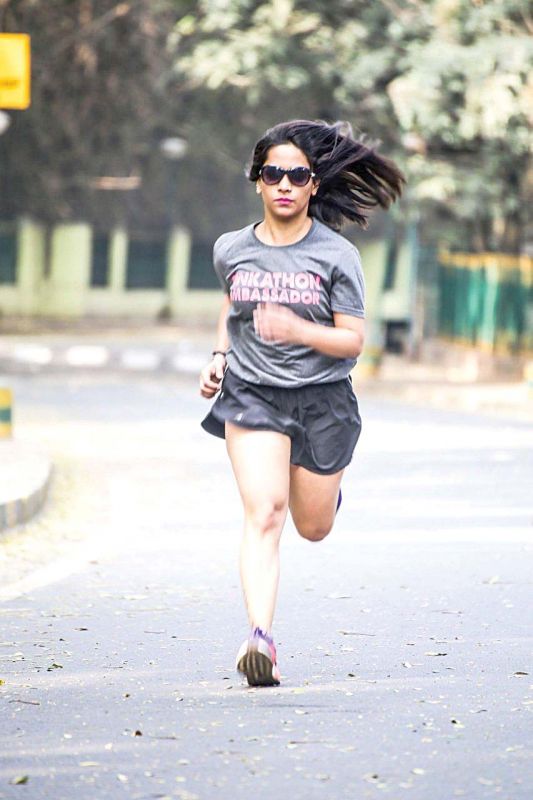 Spoorthi Seethamma Muruvanda feels that it is great that the KIA has organised an event that has a health focus.  She says, “Such an event has never been done before. There are so many ways in which KIA could have celebrated, but coming up with an idea that has a health connect is great. I think many other airports too need to take inspiration from it. One of the craziest places I ran was at Leh-Ladakh, but unfortunately I wasn’t able to complete as I had an issue with oxygen, but I plan to complete it this year.”

This event will let you experience the thrill of running on the runway that other countries already offer without travelling overseas. Nagaraj Harsha, a business development manager says, “Running on the airport runway is an experience which is offered globally but never in India. This event is perfect for anyone who wants to experience the feel of flying (on foot) on the runway and experience running besides parked aircrafts. One of the craziest runs that I did was a 110 km nonstop in 12 hours on a 400 metre track, going round and round on the track in Mumbai in August 2016. Running in the heat, rain and humidity on race day was quite challenging. When I look back, I miss that just for the fact that it helped me to realise anything is possible.”

According to a BIAL spokesperson says, “The Bengaluru airport is in its 10th year, and to celebrate it, we created an opportunity to have about 100 people running on the runway. On Tuesday from 12:30 pm to 3 pm, the airport is shut down for scheduled weekly maintenance. And because it is shutdown, we are able to have this run. The runway is a high security zone and that why it is limited to 100 people, and all of these runners need to get security clearances before they participate. It is a unique opportunity and as an airport to create this opportunity is a big deal. We are working with various authorities like CISF, Bureau of Civil Aviation Security etc to ensure safety and security, and  nothing is compromised.”