Bengaluru: Last week, the city witnessed the launch of a unique campaign called “cup and cloth campaign” to bring the government and the nation’s attention to sustainable menstrual choices. The campaign was launched by, Green The Red, a group of eco-activists and healthcare professionals working in areas related to menstrual hygiene management.

The group will send the Prime Minister’s Office a set of sustainable menstrual products as part of its awareness campaign and will urge the government to replace disposable sanitary napkins with reusable menstrual hygiene products in its schemes and programmes.

It is not the first time that this group has launched such a campaign, and has been working relentlessly since 2016 to bring awareness about menstrual health and sustainable living.  “The whole idea behind launching this citizen-backed activism was to spread awareness about alternative products safe for the environment. Sadly, there is a huge gap in information about healthy alternatives to sanitary napkins, which are also safe for the environment. However, over the last two years we have been able to successfully fill the gap and a lot of people now know about menstrual cups and cloth pads and also many have converted to these products," says Sindhu Naik, who along with Shilpi Sahu started the Green The Red campaign in the city. The campaign now has close to 110 active members or volunteers across the country and 30 in the city who actively work in various campaigns or awareness sessions. Last year, her team conducted 150 sessions about sustainable ways of menstruation management across the country including close to 90 sessions and workshops in Bengaluru. 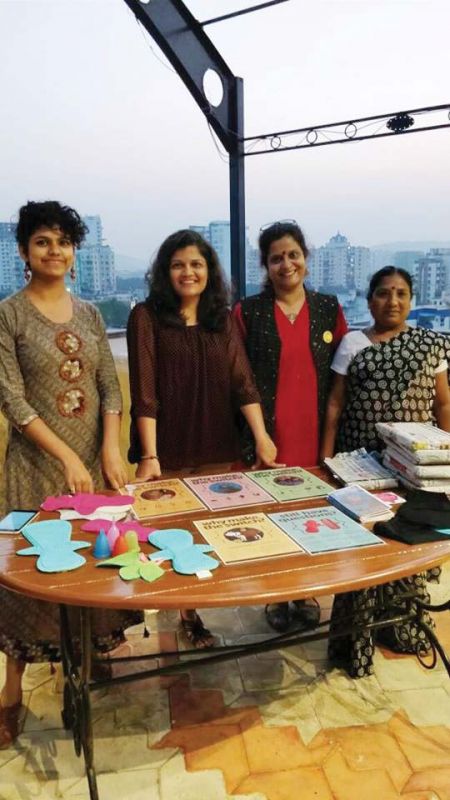 It is estimated that a woman uses up to 10,000 sanitary pads during her reproductive age. Most sanitary pads contain a lot of plastic and each may take 500-800 years to decompose. Indian villages and cities have no means to manage this waste. Incineration is being proposed as a solution, but the cost of scientifically-managed incineration is prohibitive. Bio-medical waste incineration firms charge as much as Rs 22 for one kg of sanitary waste in Bengaluru. Some schools, colleges and workplaces have installed mini-incinerators that are a lot cheaper, but burn waste at temperatures far lower than the 800 degrees Celsius, recommended by the WHO, which may lead to harmful emissions. “Some women flush down disposable sanitary napkins after use, clogging underground drains. The environment always takes a beating. Thankfully, in the city we have people who not just think about safe and healthy ways to menstruate, but also the environment," says Sindhu.

Sindhu said that through the “Cup and Cloth” campaign, the group aims to reach out to Prime Minister Narendra Modi to spread the message about sustainable menstrual products. Entrepreneurs who produce “green” menstrual products have each donated either a menstrual cup or cloth pad to the campaign. Also, the group is requesting the government to evaluate these alternatives and to provide them in their menstrual hygiene schemes, a move that may prove to be financially more sustainable, considering the non-recurring nature of the expenditure and huge cost savings in waste disposal.

The future for these eco-warriors is to reach out to more rural women and girls. “This movement has to grow and we have to reach even rural areas. We need to start looking at small outreach movements through NGOs. Recently, we did a few sessions in Magadi and similarly we are going to focus on government schools in and around the city. But the biggest challenge in rural areas is accessibility and how do we make such products accessible," she rues.