Art and the great Indian comedy

Weaving humour into the mundane is a Bengaluru based author, artist and animator through a web comic series called Brown Paperbag. The web comic speaks about ironies and hypocrisies in the Indian society in a fun, light-hearted way. The series has gained popularity not only because of its witty but simple language and relatable content but also because of the colour palette used in the illustrations—all his characters are brown. “We find ourselves standing on common ground when it comes to social grievances, no matter which corner of the country we come from. I thought, why not add a little chuckle to it as we go along?” says the 21 year old, “As for the name, the Paperbag part of is actually a metaphor for shame and embarrassment used in old comics. Brown is a colour we Indians everywhere relate ourselves with the most and I wanted it to be something that we could all identify with.” 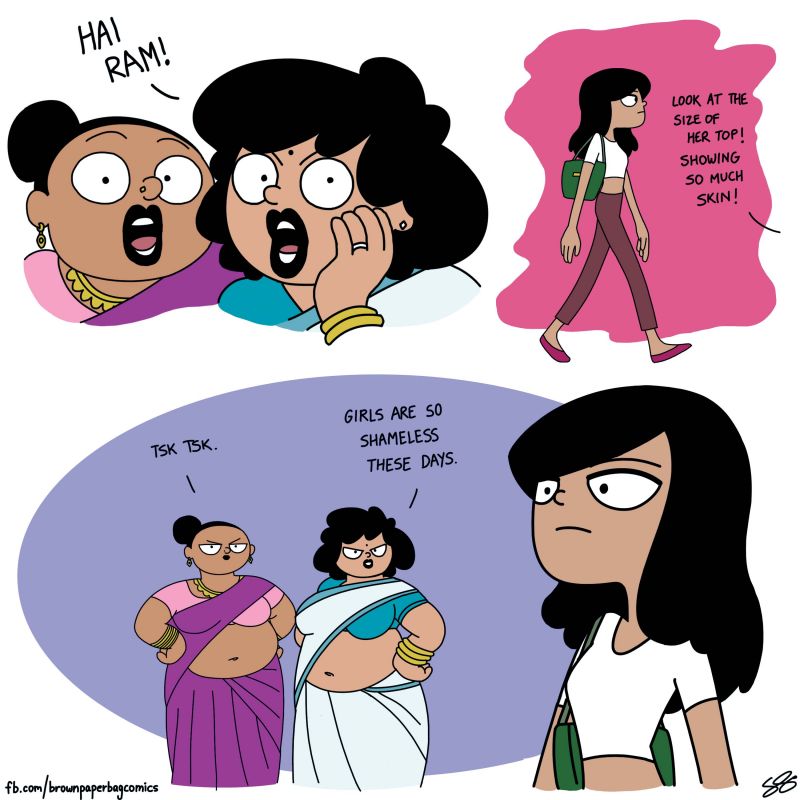 Started in June 2015, the series gained 200,000 followers all across the country and abroad in its first year itself. What started as a passion project turned into an online sensation, says Gopalan. “I have the habit of venturing into new things. There are countless projects I’ve started and left unfinished, but when Brown Paperbag was created I was passionate about it and the response left my belief in it stronger than ever. I started out with 10 strips made for my friends and family and in two days it was followed by 25 thousand people. It was so unexpected!” he says, a little overwhelmed.

Currently a final year student pursuing Animation Design at Srishti Institute of Art, Design and Technology, Gopalan says it takes about two hours to create a strip. “First comes settling on a topic, then comes deciding the story and scenario, then paneling and finally creation. The ideation to the final touches is done in this time,” he explains.

If you find yourself fascinated by the world of quirky web comics, Vapour Indiranagar is the place to be this Sunday. Gopalan will be a part of a nationwide web comic workshop that kicks off in Bengaluru this week as a part of Maruti Suzuki Comic Con India Fandom Month. It will give participants an insight into creating web comics. “It will be a quick run through into the inner part of the web comic scenario. The techniques and the differences between making web comics and paper comics will be a big part of the workshop,” he says. A kid friendly workshop, it starts at 4:30pm and is free to all.