Party-goers in Hyderabad today are spoilt for choice, with the sudden explosion of nightclubs, bars, lounges and themed pubs in rapid succession. With a more sophisticated and well-travelled clientele at their doors, establishments are vying with one another to offer menus that are at par with any other eatery in the world.

Riyaaz Amlani, an F&B entrepreneur and the President of the Restaurant Association of India, is the mastermind behind successful outlets like Mocha, Smoke House Grill and Stone Waters Grill, apart from the Social chain of bars in Mumbai.

“Hyderabad comes in the top four nightlife destinations in India,” he says, adding, “It has a great culture of going out and the government has slowly become more receptive to letting lounges and bars open up. This, coupled with a vibrant and growing metropolitan crowd makes it the ideal market for more F&B joints. We are currently on the lookout for locations to start a new project and should zero in on one pretty soon.” 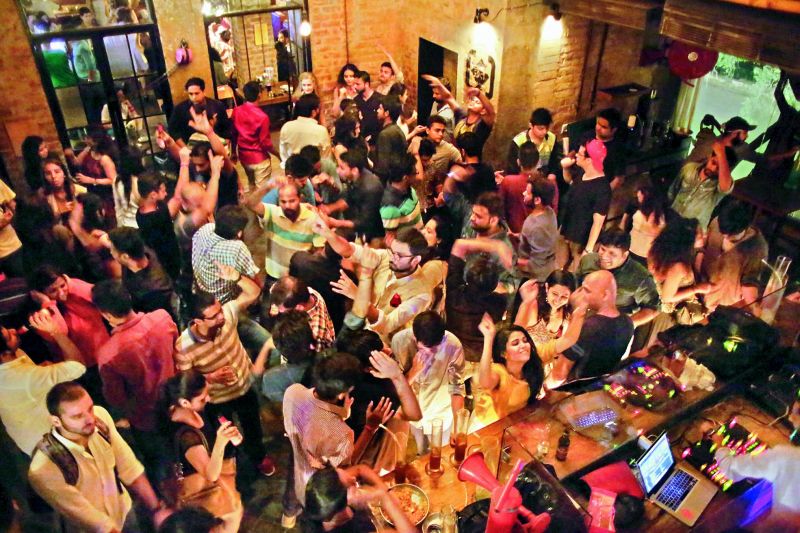 Hyderabadis partying the night away at a city pub

But it’s a very competitive market. Many places shut shop after only a few years, and at more than Rs 45 lakh annually, the liquor licence is one of the most expensive ones in the country.

“The cost of the licence is crazy,” says Zorawar Kalra, the founder of popular joint Farzi Café and other such concepts as the Masala Bar and Asian multi-cuisine restaurant PA PA YA. “The waiting-list and difficulty in getting a license is even more challenging. But Farzi Hyderabad has been an eye-opener. It’s the largest in the country and I’m happy to see the way it’s performed since its launch. The city is known for its amazing culinary history, so we created an evolved menu that balanced molecular gastronomy along with the pub culture of Hyderabad,” he says. 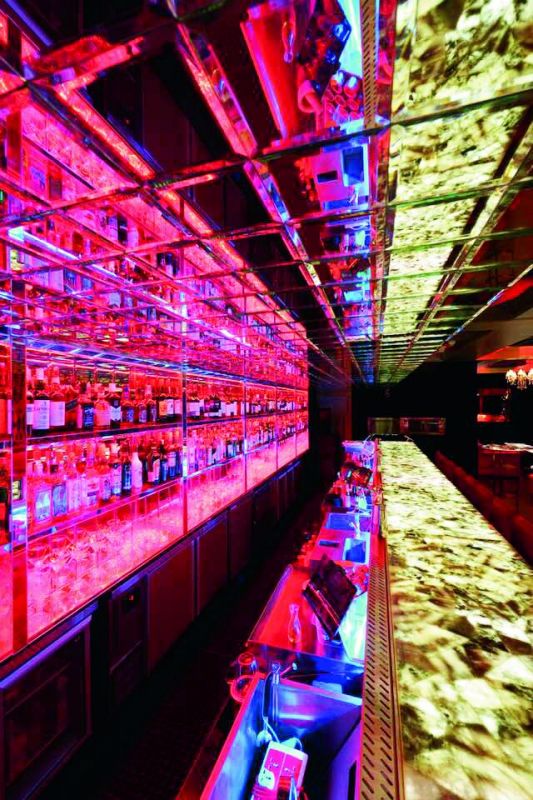 “We don’t see a threat to Farzi from places beyond HiTex, but we are looking to open a new joint in Gachibowli with a different concept that will cater to the crowd there,” adds Zorawar.

For many urban clubbers however, Gachibowli and Kondapur still remain an alien land when it comes to nightlife. “There are two clearly marked segments in Hyderabad’s nightlife,” says DJ Zameer, one of the city’s first DJs who now plays extensively for clubs beyond HiTex, including The Lal Street, an innovative bar concept where the price of certain brands of liquors go up and down on a daily basis, much like an alcohol stock market. “There is the Banjara-Jubilee Hills area and then there’s the Gachibowli-Kondapur area. They have two completely different sets of crowds and clubs, which don’t intermingle often,” he adds. A perennial favourite of clubbers since the past few years is the resto-bar Olive, which apart from having an active bar serves Mediterranean cuisine, while being situated atop a cliff overlooking the Durgam Cheruvu Lake.

Mumbai-based restaurateur and founder of Olive, A.D. Singh says, “We decided to expand in the city with our own beer-garden The Hoppery, an Iranian cuisine restaurant and bar SodaBottleOpenerWala and a speakeasy called Giggle Water. And although I decided to enter the Hyderabadi market because of my nephew Shaaz, it’s impossible for any national chain to not have at least one outlet in Hyderabad. The market has just grown too fast.”

Reminiscing about the old days, Cherazad Pestonjee, a fashion entrepreneur and socialite shares, “Initially, just a few hundred of us would go out to clubs. Touch and N were crowd favourites. Now, the party culture has changed. Food has become as important as drinking out. My friends and I usually go to Farzi Café or to house parties these days.”

While clubbing is no longer just for the ‘few elite’, there still remains a demand for smaller places that cater to a more closed clientele. Tejaswini Chowdhury, daughter of former Congress Minister Renuka Chowdhury, recently opened her own members-only nightclub Pudding and Mink, along with her husband Kiran Raju. Declared the world’s first Ayurvedic bar, the place offers a range of cocktails that are made using organic mixers and ingredients instead of the usual sodas and colas. The club has a smaller, yet tastefully done-up space, with red velour-covered walls, an impressive bar and quirky art installations, which includes a mirrored skull.

“We began with very few members and now, we have about 300. Hyderabadi nightlife is better known in the privacy of people’s homes, which is why I wanted to maintain a sense of intimacy here,” shares Tejaswini.

However, the majority of Hyderabad’s night life has shifted towards a more ‘cater to all’ mentality that is concentrated predominantly in the Jubilee Hills and Gachibowli/Kondapur area. In fact, Jubilee Hills’ Road No. 45 has in many ways become a party district, with the emergence of popular bars and breweries like Prost, Fat Pigeon, Heart Cup and Dock 45.

Hyderabad’s nightlife is most certainly booming, with a whole new way of partying when compared to a decade ago. And from what can be seen, no one seems to be complaining.