On a graceful mission

One way to popularise the dance form, according to Prachi, is educating children about it.

Odissi is one of the many preeminent classical dance forms of India, which originated in the Hindu temples of the eastern coastal state of Odisha. It is a graceful and sensuous dance form through which the dancer tells religious stories. The dance performance not only portrays the beauty of the sacred feminine, but also shows its initiation in religion and philosophy. Twenty-two-year-old Prachi Hota has dedicated her life to conserve the traditional art form. And the talented dancer has already carved a niche for herself amongst the leading Odissi performers in India.

Prachi Hota was in Kerala to perform at the Regional Theatre, Thrissur, as part of the seventh All-India Classical Dance festival (Naatya Kousthubh Nrithyotsav 2019).  She believes it is very important to make the new generation aware of the art form for its bright future. “I see that there is increased interest in children and youngsters to learn Odissi dance, which gives me hope that its popularity will continue to grow. More practitioners, aspirants and enthusiasts are there now, in India and abroad, says Prachi. 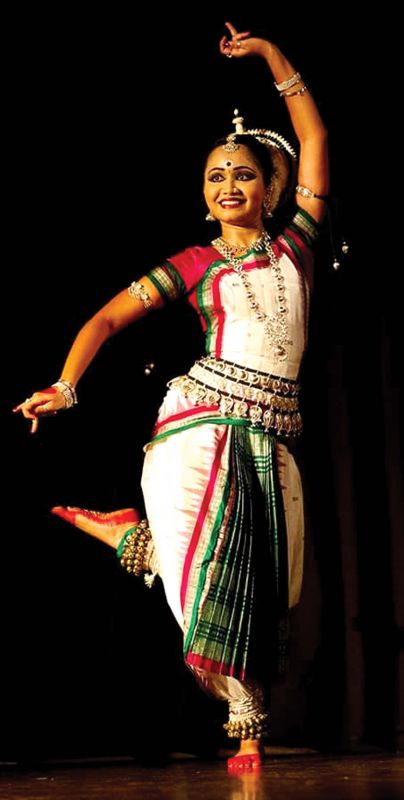 One way to popularise the dance form, according to Prachi, is educating children about it. She believes that Odissi should be part of school curriculum. “Indian classical art forms ought to be part of academics. It will help kids understand our rich tradition and its importance,” she adds. With an experience of over 19 years, her mission now is to propagate Odissi as much as possible, especially among the youngsters of her age.

She is a founding artiste of Project Anjuman, as part of which a set of young and motivated artistes conduct workshops in government schools across Delhi to help develop in students skills like creativity, collaboration, communication and critical thinking.

Prachi started learning dance at the tender age of three. It was acclaimed Odissi dancer Guru Smt. Arpita Venkatesh who initiated her into this dance form. Prachi has learnt folk dance and Rabindra Nritya along with Odissi. She shares that she became fond of the art form and it drew her towards it as she found that it helps her express herself. “It helps me emotionally and psychologically. “Odissi is lyrical and its movements are unique, compared to other classical dance forms,” she adds.

Prachi has been to Kerala before and says she is happy that many from south India, where Bharatanatyam, Kuchipudi and Mohiniyattam are more popular, have come forward to learn Odissi, which is actually another way of getting the art to help grow. “While performing at various centres in Kerala earlier, many approached me with queries on Odissi, says Prachi.”

She says her parents Umesh and Smitha Hota introduced her to various dance forms, but Odissi remained her passion.Although she belongs to Sambalpur in Odisha, the young dancer was brought up outside the state. In 2004, she shifted to Gurgaon. Under the aegis of the renowned Guru Sri Hare Krishna Behera, she started learning the intricacies of this graceful dance form at Odissi Kendra, the oldest centre for learning Odissi in Delhi. Guru Sri Behera, who is the founding father of Odissi dance in Delhi and the northern parts of India, is a recipient of numerous national and international awards including the Sangeet Natak Akademi award.

Prachi is also interested in trying her hand in cinema. She hopes to become a director and scriptwriter, and has received training from the London Film Academy and the Prague Film School in Czech Republic. She is currently engaged in making short films.

Prachi thinks she can combine dance and filmmaking to talk about Odissi to a larger audience. Her short documentary on Adiguru Shri Pankaj Charan Das, who is credited for scripting the grammar of Odissi dance, was screened at Bhubaneswar for five days during the silver jubilee edition of Guru Pankaj Utsav which commemorated guruji’s 100th birth anniversary.

The audience, comprising well accomplished Odissi dancers and gurus, appreciated its content and presentation. The documentary is scripted, edited and directed by Prachi.

After 2 years curb, Hyderabad gears up for a grand Christmas celebration