The world is his oyster

Some ‘security checks’ are mandatory before the person called Neju Bharatham is unlocked. He’d ask how you came to know about him, why you want to write about him and why didn’t you choose someone else like him. Given convincing answers in response – that he was seen in a television programme, that he is different in his own way and that other people like him don’t do the things he does — he’d be a chatterbox, nonstop. The contrast beginning from his name is present all throughout.

A television programme was the first to introduce Changanassery native Neju to the world as someone bitten by wanderlust, who began touring places upon getting inspired from the paraplegic character portrayed by Jayasurya in the movie Beautiful. The wheelchair bound universe around him was expanding, getting broader. Thirty- two years ago, Neju was born at the sixth month of his mother’s pregnancy. The infant survived, but a serious condition hampered the stability and movement of his limbs.    “Had I been born prematurely one more month later, I’d have been able to move around like Mammootty in Udyanapalakan. The inability to stand straight apart, I can say I am strong like anyone else,” Neju says confidently. 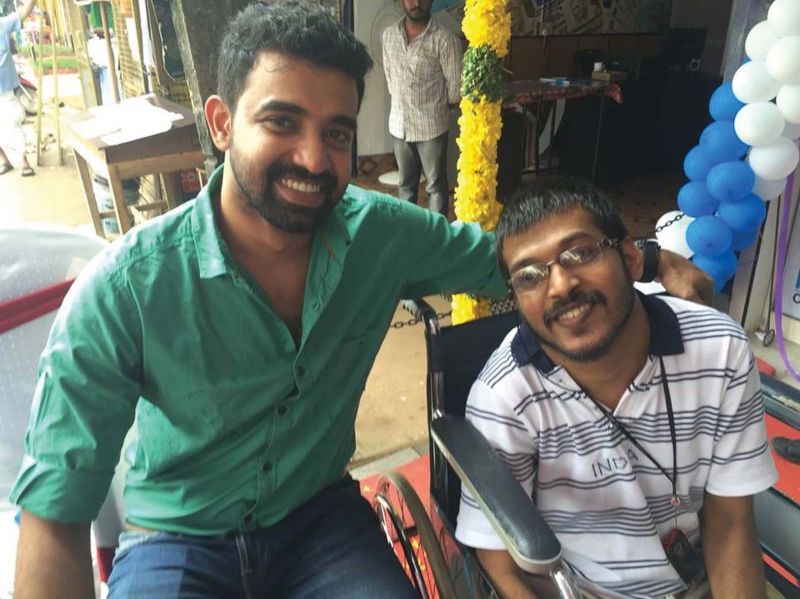 Neju’s ‘globetrotting’ happens within Kerala, since backpacking for him is not as easy-breezy as it is for others. His favourite city is Ernakulam. “The place entices me to come again and again. My dream is to see India Gate in Delhi, take a photo and raise a salute at Amar Jawan Jyoti,” he says. The self-chosen surname, Bharatham, should not be mistaken to have come out as a result of this nature, it is something he has willingly opted to not get classified under any religion or tag.  Provided there is someone to tend to his needs, Neju may dare to go abroad. “If anyone offers to take me around, I’d go. Mainly, I need somebody’s to help me execute my toilet needs. Now my mother is doing all those for me, at my beck and call,” says Neju.

The impediment has denied him proper schooling, his mom Suhara tells. He was admitted to kindergarten classes, but that did not last. “Back then, I used to attend tailoring classes after taking him to school. He has issues regarding coordination that increased his reluctance to attend classes. I am always his friend and foe. He’d pick up fights with me. We’d become friends in no time. He wants someone to be by his side, now he goes with his friends. He does social service and is growing his hair to donate to cancer patients,” the mother says. As he came to know about a girl with mobility issues, he gifted her an electric wheelchair. When his mom sadly says, the baby’s problems were not identified in the prenatal stage, Neju quips from behind. “You’d have thrown me out then.” 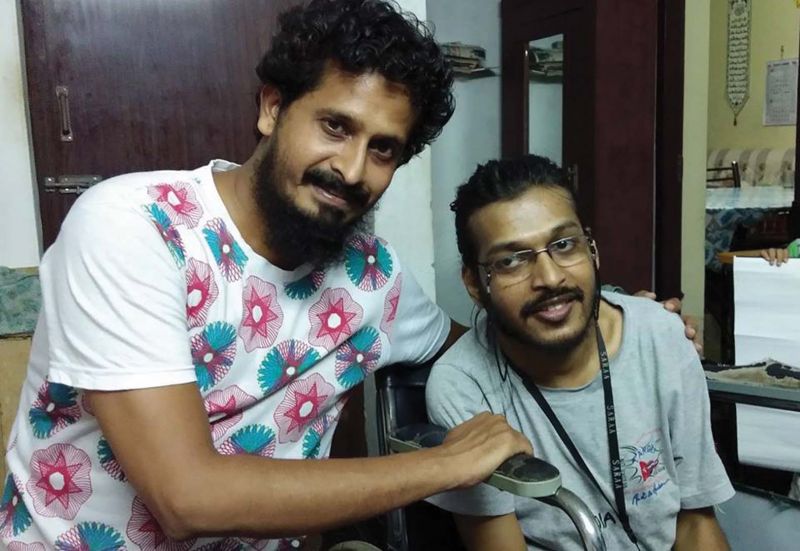 But other than the facts that are recurrently highlighted about him, Neju wants to talk about many more things. He is a great lover of sounds, with a keen ear for anything related to it. If a spoon falls on the ground, he’d like that too. Sounds in cinema lure him a lot. “There is a female actor in Malayalam, whose laughs and cries alone were given voice by a dubbing artiste. Do you know that it is one person’s voice behind six different characters in one frame in Manichitrathazhu? Her different sound modulations are hard to understand. No one knows it. I am madly in love with all kinds of sounds,” he says.

Travel and sounds aside, cinema has a great place in Neju’s life. “I go and watch movies in a theatre. Poomaram is the latest I have seen,” says Neju, who is outspoken in nature when it comes to his likes and dislikes about a movie. He is friends with Anoop Menon and speaks about Shyamaprasad with great respect. The respect for the director is his Facebook DP— the poster of Hey Jude.  Neju hosts a YouTube channel in his name where he has uploaded the autobiography of Mahatma Gandhi in Malayalam, in the voice of his friend. “My idea was to upload the whole work in 67 episodes. I run short of time and it had to be stopped with 21 episodes,” he says. The reason he is busy is a new job. Actor and anchor Pearle Maaney, who he met five years ago, is his boss. Neju is manager to Paul and Pearle Maaney in Kottayam.