Pride 2018: Queer farmer, priest among thousands out to champion LGBTQ rights for all

DECCAN CHRONICLE | ALFEA JAMAL
Published Feb 4, 2018, 6:06 pm IST
Updated Feb 8, 2018, 10:55 am IST
Every year, supporters and members of the LGBTQ community take to the streets of Mumbai to fight for their basic civil rights.

Every year, supporters and members of the LGBTQ community take to the streets of Mumbai to fight for their basic civil rights. (All photos/gifs: Alfea Jamal)

The annual march marks the start of 'Mumbai Pride Month' from the maidan to the Girgaum Chowpatty beach.

Every year, supporters and members of the lesbian, gay, bisexual, transgender and queer (LGBTQ) community take to the streets of Mumbai to fight for their basic civil rights.

Dressed in the brightest hues, with quirky-yet-strongly-worded placards, they march on, unaffected by judgmental looks that passerbys give. 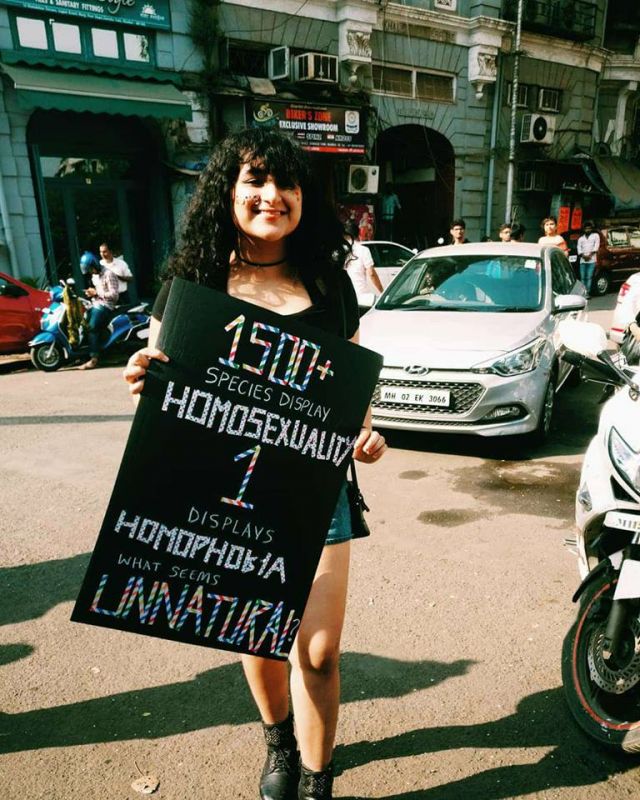 The theme for this year’s march was 'Section 377 Quit India', which focuses on the LGBTQ community's demand to get rid of the Indian Penal Code's section 377, that criminalises sexual acts "against the order of nature".

The community and supporters came in large numbers to voice their demands and hope for change.

Farmer Ram Rao, who identifies as bigender, came all the way from Chennai to walk the march. "The parade is more vibrant this year, everyone is expressing their heart, not just their art,” he said. 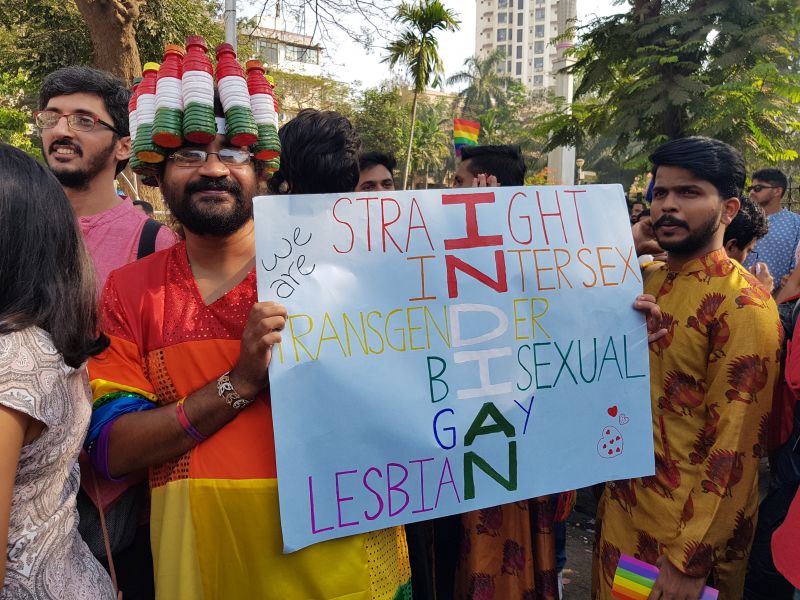 “People from all around have come for the pride, it's like Mardi Gras in India," Rao expressed.

At the march, this farmer used his clothes to send a strong message. "In India the queer community isn't treated with respect, they are denied all their rights. It's almost like we are plastic bottles, you drink the water and throw it away. So my costume is making a statement that: We may be disposable to society, but we still need our rights," he explained.

His support for the community goes beyond the march. Rao also runs a support group called Pink People, for those who have to struggle with their internal challenges and suffer in isolation.

47-year-old Mykel Dicus, from New York came to Mumbai especially to attend the march. His trip was made possible by a crowd-funding campaign, which he claimed was funded by 85% straight people. 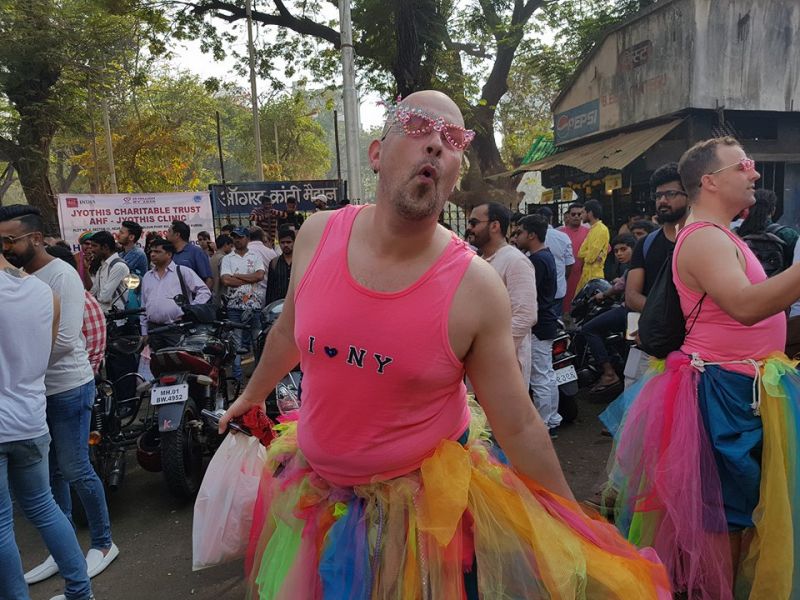 "India is 10 years behind America in terms of equality, it's my hope that it doesn't take you'll 10 years to get LGBTQ rights,"  he said.

Dicus is associated with 'Broadway to Bombay', a flag-dance workshop that aims to help LGBTQ people who are trapped inside their minds and find it hard to express themselves. Dance, he believes, helps set them free.

Amidst the crowd of rainbows was a pleasant surprise. Suren Abreu, a 50-year-old priest, who came out to support the cause with a group of young college going parishioners.

Father Abreu is part of a group called Green Mad Caps, that fights for the environment, feminism, child rights and LGBTQ rights. Marches like this one he explained have big impact.

"These marches help with two things, first, an awareness that these are humans who need their rights. The second is, we need to move towards a greater acceptance, there is so much positive energy here, maybe it will counteract the negative energy that India has for people that have alternate sex choices," he believes. 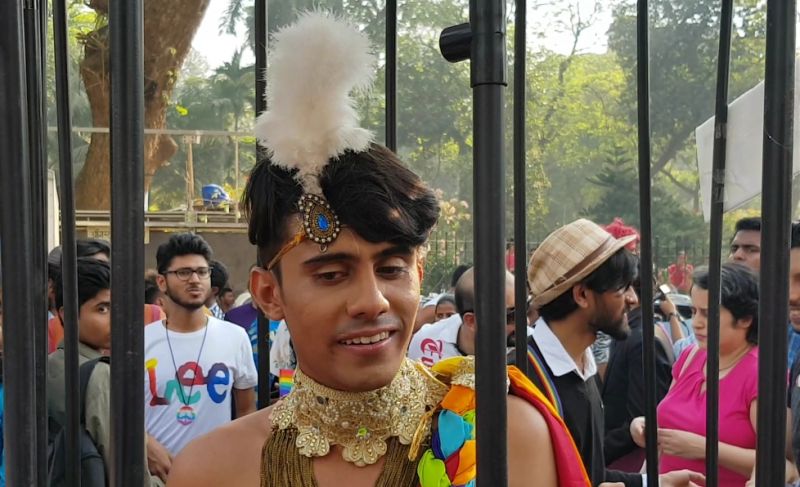