DECCAN CHRONICLE. | SWATI SHARMA
Published Jul 2, 2019, 12:00 am IST
Updated Jul 2, 2019, 12:05 am IST
Randeep Hooda took up cudgels on behalf of a woman forest officer who was mercilessly beaten during discharge of her duties in Telangana.

After the horrific incident where the woman Forest Range Officer (FRO), C. Anita was viciously assaulted with a stick during a tree plantation drive by Koneru Krishna Rao, the brother of Telangana Rashtra Samithi’s (TRS) Sirpur MLA, Koneru Konappa, Bollywood actor Randeep Hooda took to social media to seek the attention of Prime Minister Narendra Modi, Amit Shah, Prakash Javadekar and other Bharatiya Janata Party (BJP) leaders towards the matter. Sharing a video of the incident, the Sarbjit actor said, “An attack on uniformed personnel of the state is an attack on the state itself,” before pleading to the state’s representatives.

Expressing outrage over the incident, he said, “Yesterday, a friend of mine, Sarosh Lodhi, a wildlife photographer, shared the video of the lady officer being attacked. The officer was opposing illegal cultivation since the last three months and was carrying out her duties, trying to protect the government tractor when she was attacked and beaten with sticks. This is not acceptable. I posted the video and appealed to the PM and others.” Hours after the video footage of the incident went viral, Koneru Krishna Rao was arrested. The Telangana government, especially the DGP Mahendra Reddy, acted promptly and the TRS MLA was suspended. His brother and other police officers who were there at that time were arrested too. 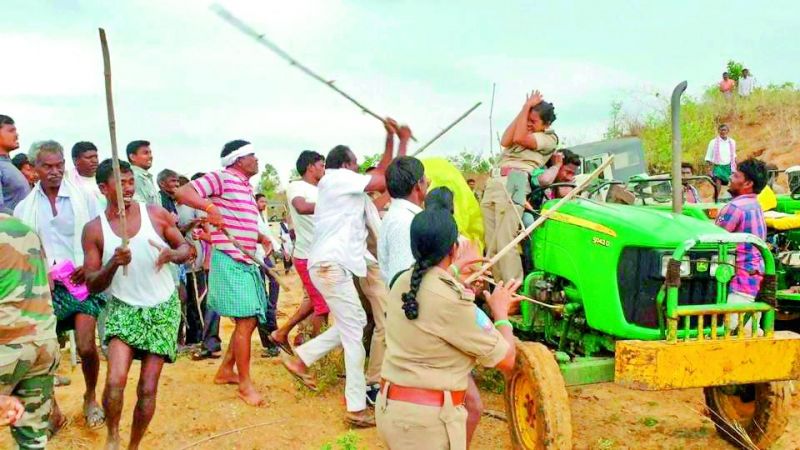 An attack on uniformed personnel of the state is an attack on the state itself. a Lady Forest Range Officer in Kagaznagar Telangana beaten mercilessly for compensatory afforestation in Sarsala village by the brother of the local MLA Koneru Krishna and goons in police presence.

The actor, who ardently promotes environmental causes, says, “I have always been interested in the environment and have a couple of forest officer friends and neighbours who work at the ground level. I keep getting news about the problems on a regular basis and am constantly in touch with them. I have been dealing with the problems of corridors and encroachments in the forest areas for a while and am learning the art of wildlife photography as well.”

The FRO was attacked when she went to Sarasala village in Sirpur Mandal to participate in the Telangana government’s plantation drive, Haritha Haaram.

Randeep said that a similar incident had taken place at Tipeshwar sanctuary in Maharashtra. He tagged Prime Minster, Prakash Javedekar and Hardeep Singh Puri, urging them to ensure the safety of forest officers. “Things like this happen, but the swift action by the Telangana government has deterred their wrongdoings. I don’t know what compensation she will get from the forest department, but have urged the PM to look into it as she is a uniformed personnel of the state, fighting for the country,” says the actor.