For a black beard’s toast

Members of the Bangalore Beard Club

A beard probably says a lot about one’s character. What exactly, you might ask? We find out from the men behind the face fuzz movement in the city. Vishal Singh, a young wedding planner and the face behind the Bangalore Beard Club shares his idea behind this unique initiative where handsome men with beards can not only meet, but also unite among bearded men from different religions, race and creed while supporting health causes.

“We have heard a lot about women groups doing things for the cause of women’s welfare. That’s when I decided it was time to do something for men’s causes too and started Bangalore Beard Club. There are many beard clubs abroad but none in India, so I wanted to create a community of bearded men, where we can socialise offline rather than the usual online stuff which has taken over our lives,” states the Bengaluru-based founder Vishal who was born and spoiled, as he says, in Mumbai and went onto complete his bachelors degree in hospitality from Ooty.

Different beard styles have had different meanings and style statements in several parts of the world. Even pop-culture trends have created myriad beard styles. “It’s the first and only beard club in India,” says 30-year-old Vishal, adding, “We don’t believe in any religion. We believe in humanity and support many causes like Youwecan and men’s prostate cancer. I just started out this month and the response has been very good. There’s a big beard growing community in Bengaluru. We already have an exciting events calendar in place for this year where we plan to include stuff like grooming sessions, bearded and beer bar nights, bike rides, fashion and grooming tips for bearded men and of course a lot of charity work by the bearded community in the city.” 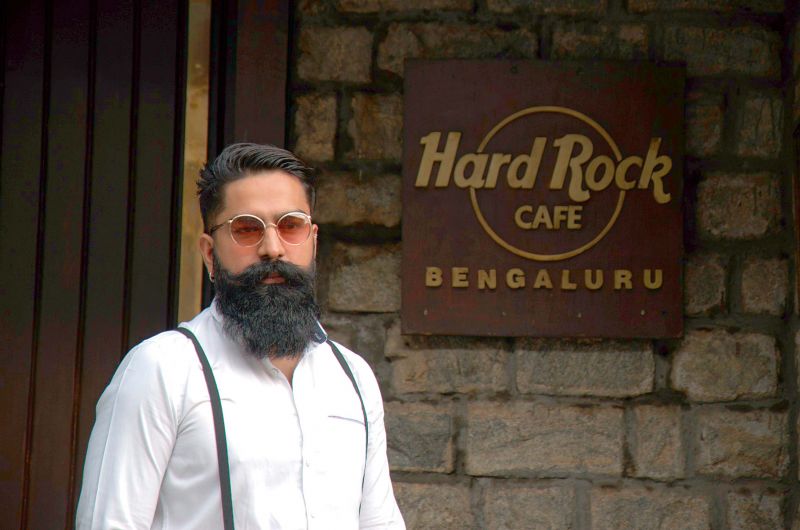 When Vishal gets time from grooming his beard, he says, “I’m a wedding planner and event manager and we specialise in high end destination weddings and also local traditional weddings. When I’m not working on my events or at the Bangalore Beard Club, I take off on my superbike. I’m very passionate about riding bikes. I also love horse riding.” Many beards, one mission!