A still from the Play

Revival of Kalari
Like the many things that had lost its importance over time, Kalari too had lost its charm. But the martial art made a spectacular comeback and is a growing favourite among the urban crowd. Santhosh V.S, a former senior Kalari Faculty at the Attakkalari Repertory Company and the Kalari instructor at Mamangam - The School of Dance, Ernakulam, says, “I studied Kalari from a friend. Back then, I did not even have proper support from home. My career started through Yoga since there were Yoga Championships for grace marks. I learnt Kalari as part of learning Yoga and found Kalari much more interesting. This was back in 1998. There were hardly any people to learn Kalari then.” 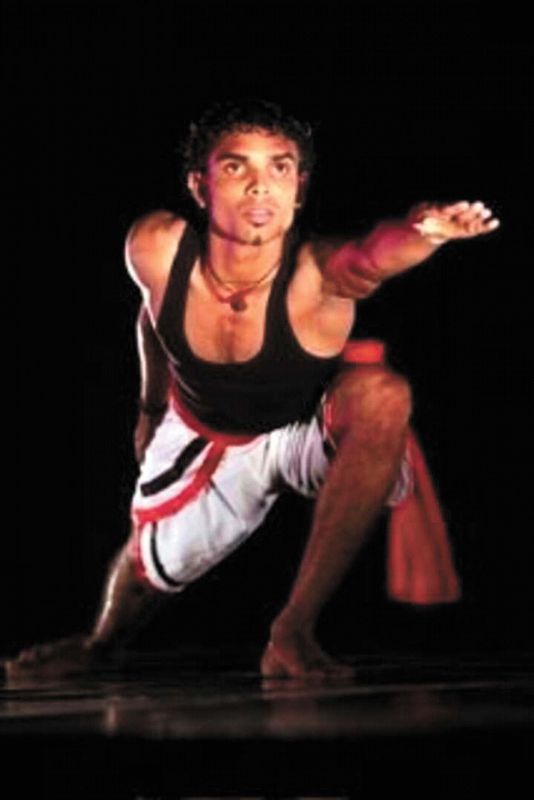 Santhosh, who was trained at Attakalari and CVN Kalari, Thiruvananthapuram, admits that there is a change in attitude towards the martial art form. “Kids aged 8 to 15 and people above 50 are more interested in kalari. This attitude change has been noticed for the past three to five years. More than learning kalari for self-protection, people are thinking in terms of maintaining health.” 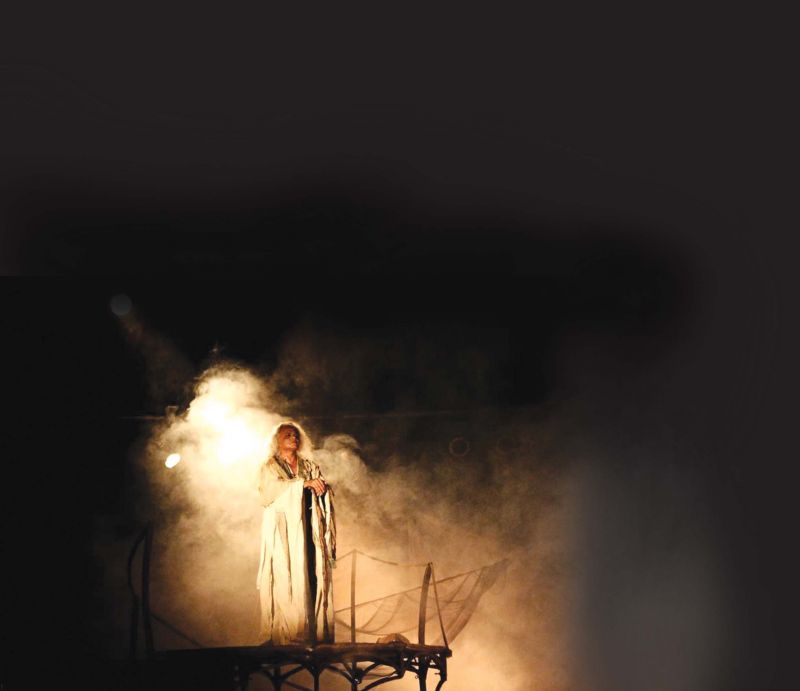 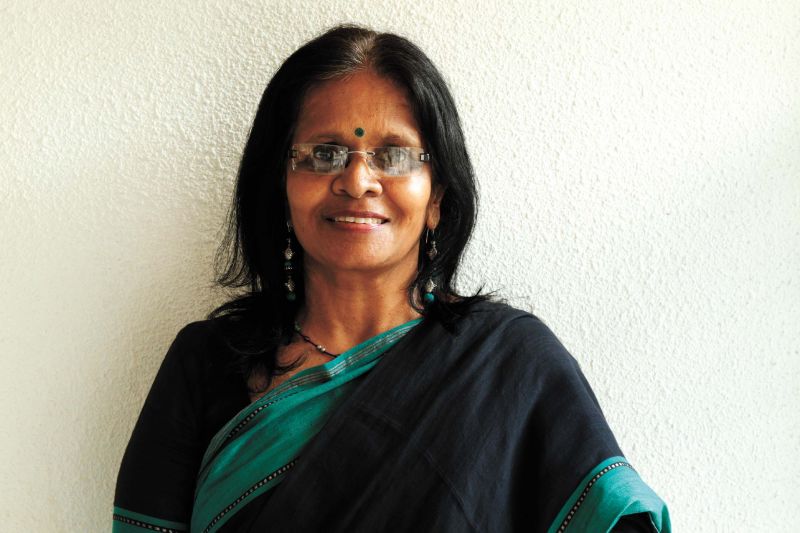 Explains Indu, “There is a definite demand for handloom products now. People are going for sustainable products that do not harm the ecosystem; thanks to the collective consciousness that is building up. For the last 60 years, we have grown from a time people had no choice other than handloom products. A decade ago, powerloom forayed in with cheaper and perfectly-woven textiles, but quality was compromised. There is an obvious difference between powerloom and handloom products and people are well-aware of it. The contemporary handloom designs have revived the sector to a great extent. And it is the imperfection of the uneven handloom weave that is adding value to the product. Probably because of social media, the value of handloom products has increased. We work with four cooperative societies and it is very evident the revival of handloom sector has inspired weavers as well. They think of innovative ways to design the material than the stagnant traditional designs.”

Fall and rise of radio

Radio was an integral part of Malayali culture when the state was formed, but the dominance of TV and other media kicked radio out from the culture. Later, it made a comeback in the form of FM channels and became part of the routine of majority of the Keralites. Biju Mathew, programme executive of Ananthapuri FM, points out that it was for just six to seven years that the number of radio listeners went down. 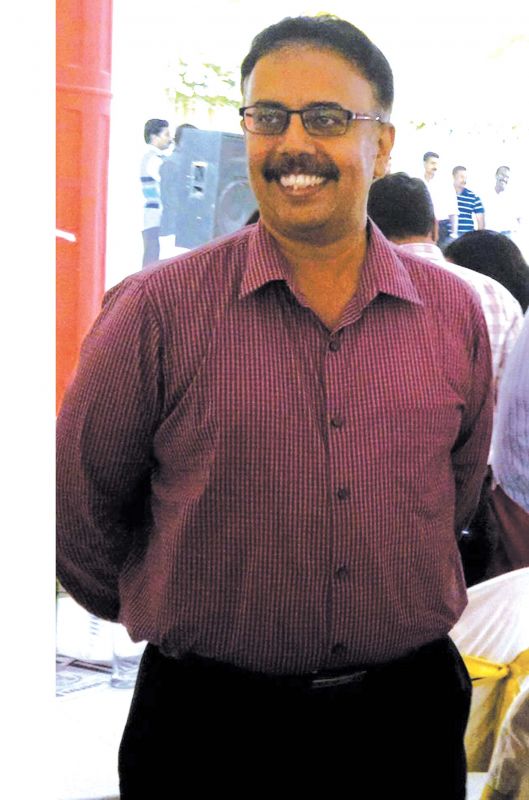 “I guess it was from 2002 to 2009 that there was a dip owing to the arrival of private TV channels. In fact, that revolution had affected not only radio, but cinema too. People became keener on watching TV programmes instead of tuning radio or going to cinema halls,” he says. Biju opines that technology development was what helped bring back the radio culture. “As FM services are available on mobile phones, we have more listeners among youngsters. Anyone can listen to FM channels anywhere doing anything. Even during driving, they listen to our programmes. The only difference between AM and FM is that AM gives importance to information and news and the latter prefers to entertain,” he says, adding that AM continues to have the same number of listeners as in the past.”

It is a taste that has been imbibed from our childhood — the aroma and flavour of homemade food cooked at home by the loving hands of our mothers. Perhaps it is that umbilical link with our childhood and youth that has made nadan food ever popular. Western, European and Chinese food may have made a significant impact amongst the youth but the pull of nadan food cannot be severed. 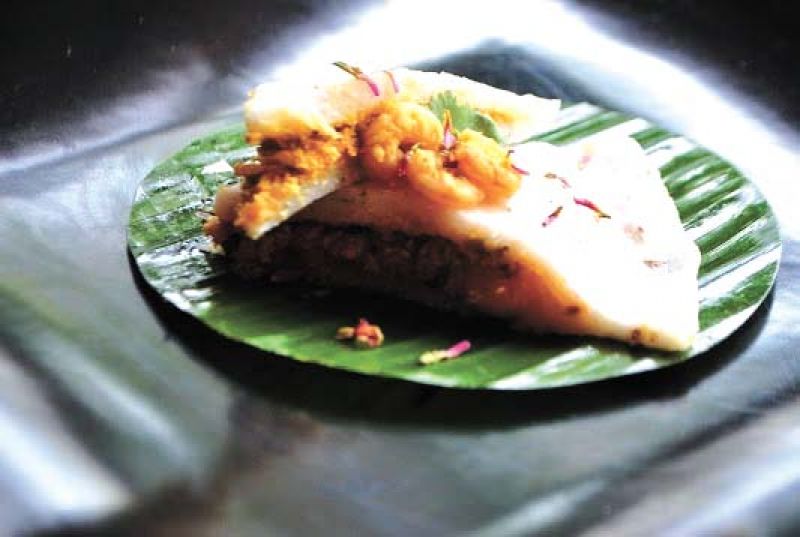 Sumaija, a chef who is into healthy living and an expert on various kinds of cuisine, states, “Our taste buds have become accustomed to the flavour of the authentic spices and masalas present in our nadan food. I personally feel you can relish Western or Chinese fare for three days but more that, your taste buds start yearning for nadan food.” The youngsters of today are weaned on a diet of hamburgers or other junk food and so nadan food has accommodated that change.

Sumaija says, “There is something called Kadathanadan Chicken Curry in the Malabar region but that has now slightly altered to suit new-gen sensibilities by incorporating capsicum, soya, chilli and soy sauce into the recipes. Even in the usual chicken curry, sauces are sometimes added for taste. Even I have tried to introduce novel twists to nadan recipes. I have made the dum biriyani in a plantain leaf and even in a puttu maker. Lately, the outlook of healthy living has made people return to authentic nadan dishes prepared in mud pots.”

D. Reghoothaman, founder member, Abhinaya Theatre Research Centre, Thiruvananthapuram, says, “Theatre surpasses the mechanised nature of cinema and television. In a play, the actor goes live before an audience and interacts with the viewers after the performance. At a sub-conscious level, the audience strikes a bond with the performer. If the viewer catcalls, it affects an actor immediately, whereas a movie could progress without affecting the people on screen. The frequency of number of stages develops a familial bond within the team. It is the same team that performs for every recurrence and hence they can’t hold on to a disagreement or disapproval between one another for long. These two are the factors that stand theatre in good stead till now.”

Over time, people have lost interest to veer towards the hazzle-free, easy access to the various means of entertainment. This was expected well before. The growth of dine out culture has fortified the craving for the direct experience of an art form. Theatre is always inventing and exploring in form and content to fit into the changing times. It incorporates the techniques of video, dance, painting and more. Less narration and more impact is the style. It is a wonderful tool to contribute for the emotional and social growth of a child. There is theatre therapy for autistic children. After all, what a play requires is an actor and an acting floor to perform.