DECCAN CHRONICLE. | SAHARSSH
Published Oct 1, 2017, 9:56 pm IST
Updated Oct 2, 2017, 1:23 am IST
As a part of their tenth anniversary, Dramanon staged a collection of four short plays braving the rain at Phoenix Arena in the city.

A still from the short play Immobiles

On the tenth day of the holy Navratra, when the world celebrates by slaying the ten headed monster Raavana, Dramanon decided to celebrate its ten year anniversary by trying to speak to the audience through The Unspoken Word. 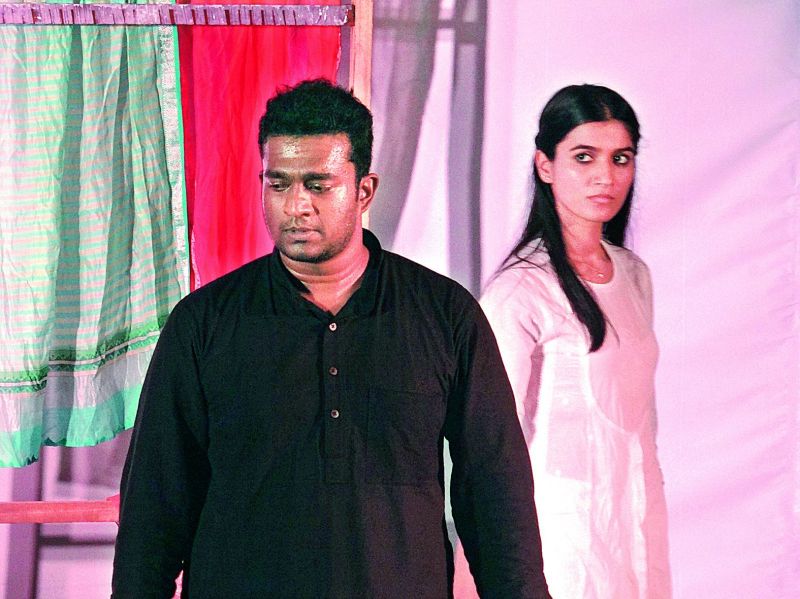 A still from the short play A Play About Colours

Although Dramanon stands for Dramatist Anonymous, the group can be called anything  but that. In the past decade of its existence, it has put up multiple memorable performances. Most notably, Dramanon, through its annual short play competition SKiTS, has been the inspiration behind many of the contemporary theatre groups in the city. 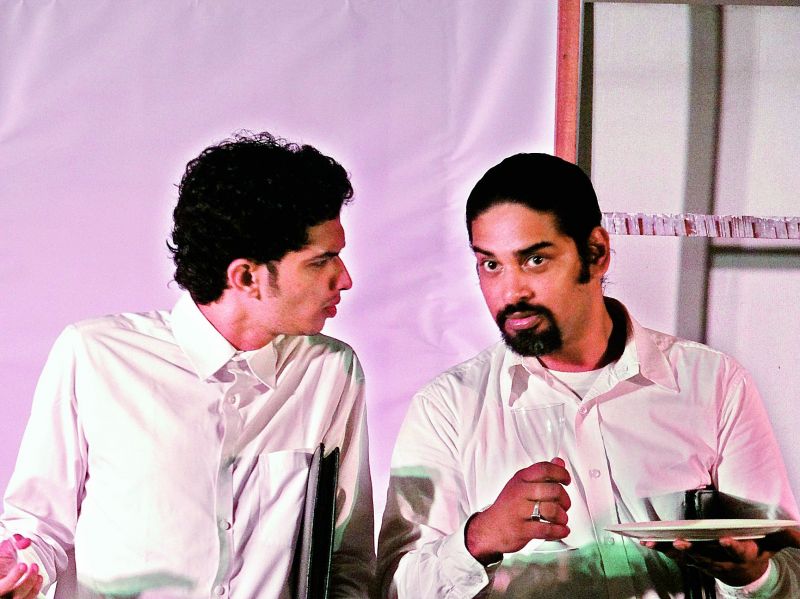 A still from the short play Toasters

The Unspoken Word is a collection of four short plays, nine actors and two directors. And since the founder of the group, R.K. Shenoy, decided to sit this one out, God decided to chip in with just enough rain to flood the streets. But the show did go on, and whoever made it to the show was glad they did. The four plays, Toasters, Immobiles, Look Away Now and A Play About Colours, albeit different in their genres had one common theme. The characters did not talk to each other directly, and in some cases did not talk at all. The plays were experimental in nature and judging by the audiences response, the experiment was a Eureka! The innovative ways in which the characters spoke to each other while not talking to each other directly, was a refreshing take to see on stage. The fact that the two relatively new directors, Ganesh and Rahul, could take on such experimental topics speaks volumes about their confidence and their mentor R.K. Shenoy. Due to the sudden love showered by the clouds, the play had to be moved indoors, so the sets and the tech had to make do with the constrained space. And even though lack of wings did create a distraction at times, the actors did a brilliant job of tuning out everything else and staying in their characters.

Dramanon called this play season 10 episode 01, meaning that this is just the kick-off. They plan to celebrate their tenth anniversary well into the tenth month of the year and beyond. And judging by the manner in which they powered through their opening act for the season, you can be rest assured that come hail, rain or thunderstorm, the show will definitely go on.