When lovers Zehdir and Reshma from Kolhapur, Maharashtra, decided to become man and wife, they opted for a wildly unconventional route to marital bliss – by exchanging vows while being suspended 90 metres above the ground. And yes, they lived to tell the tale!

The priest, secured by a harness, carries the veil to be used in the wedding ceremony. (Credit: YouTube)

The daredevil pair, who incidentally met and fell in love while on a trek, took part in the marriage ceremony dressed in all their traditional finery even as they hung from a ropeway. 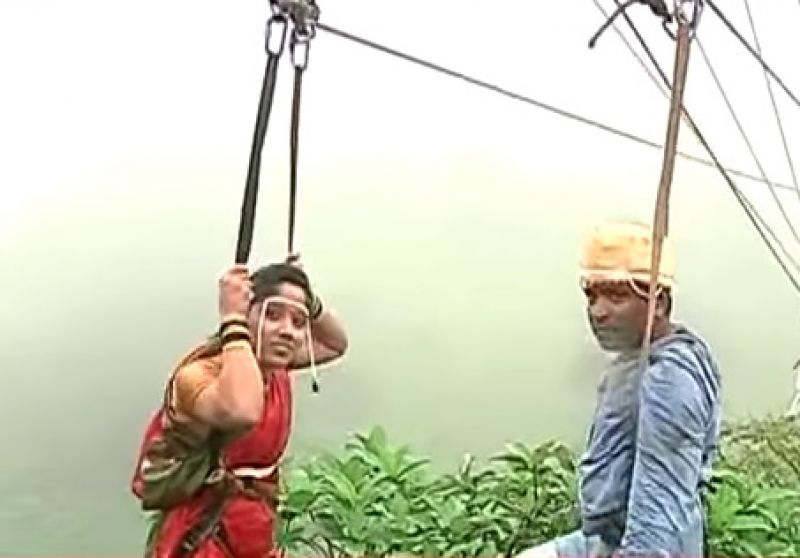 Zehdir and Reshma smile for the cameras. (Credit: YouTube)

Of course, they insisted that they had taken all the necessary precautions in order to prevent any mishaps. 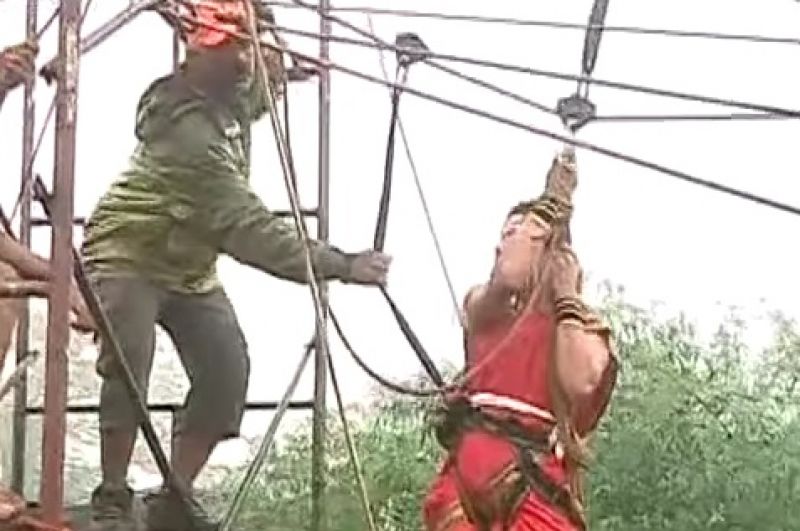 Reshma, the bride, seems all set to go. (Credit: YouTube)

Zehdir, the groom, later told ABP News, “I wanted to make my wedding different.” Well, they surely did succeed in their plan. 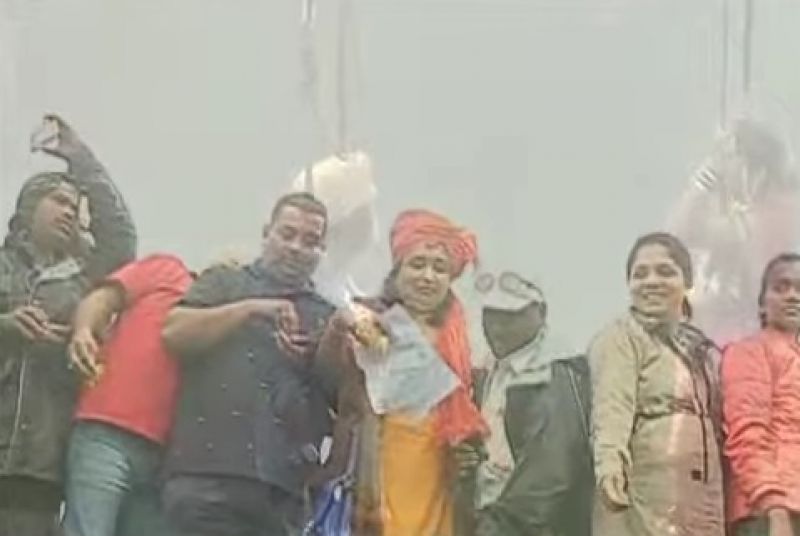 #WATCH Couple get married mid air, suspended over a 1000 feet ditch, hanging on a ropeway in Kolhapur (Maharashtra)https://t.co/fUhQCS1JYk