A file photograph used for representational purposes only

We have all faced days when we didn't like how our uniforms looked, and probably did not have a say in what we wore. Mount Carmel PUC 1 students are going through a similar dilemma on whether to wear their new uniforms introduced recently, or not. The dress code comprises of black pants, an off-white shirt and a red/maroon waistcoat which many opine appears like a typical waiter’s uniform. Principal of the institution, Sister Ashwini Kumar says, “A uniform can help maintain discipline on the premises. Students are getting distracted due to the Internet culture, and uniformity can make them focus on their studies.” However, the option of wearing coloured clothes on Friday and Saturday might be a small reprieve.

Yet, students and teachers question the need for uniforms.

“Uniformity in dress code won’t help bring in discipline, instead, the girls will be curbed from trying out new trends  which MCC girls are known for.  This will bring about a huge change. It is very saddening news for all the newcomers,” says Nimisha Nagaraj, a student of BSc. 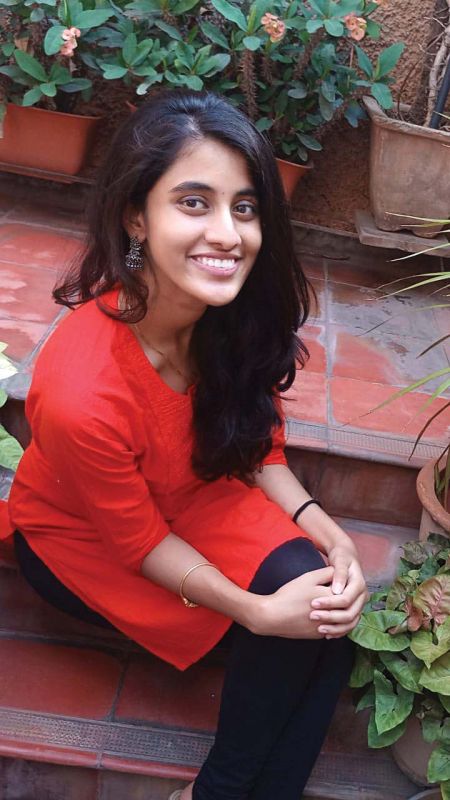 Nandini Chandrashekar, who recently graduated from PUC says, “I believe Mount Carmel is a college that brings out the best in you with beautiful colours. This uniform is not helping students transform. I would have rethought joining the college if I had to wear it. Students come here not only to study, but to get the best out of oneself.”

Another ex-student, Kanishka Agarwal, an ex-student says, “Mount Carmel has always been the  fashion hub among colleges in the city,  The management is trying to curb a students’ freedom of expression by such initiatives. The college has already implemented many stringent rules on timings, attendance, etc. This move has got a lot of negative reactions across the board.”

But discipline, one might argue is necessary, and a teacher from the institute (on condition of anonymity) says, “It’s a good decision to avoid differences between students. Uniformity will be maintained, as they will be modestly dressed. Intentions from college to avoid clothes which expose, is good for students. Coming to the student’s opinion, it’s 50-50. Since it was started this year, they might not be comfortable but as it becomes a practice, this will be part of their college.”

But, are the intentions justified? Is the onus on women only to change, and why can’t men be sensitised, instead? Shruti Sharada, a city-based sociologist says, “It is clear from the cut of the uniform, what the thinking is. It is clearly intended to hide and cover. This issue is not about how unfashionable the uniform is, it is about placing the onus of the purported ‘distractions’ on young women, and not on the ones distracted. It is a typically patriarchal reaction to demand correction from women, and not from perpetrators. Such an environment will always demand that you not invite harassment instead of punishing harassment. The former is easier and is achieved by forcing women to become inconspicuous. It is conveniently forgotten that fully-clothed or not, nobody deserves to be harassed, and harassment has never been a factor in the length of one’s skirt. This is an educational institution and it is doubly disappointing that this is the message they have chosen to send out to their students.”