Women power: Of ambition and grit

She was a patriot since she was in Class VIII and later joined the forces to prove her worth to the country. This 1996 batch officer says, “Right from an early age, I wanted to do something for the country and hence I joined the forces.” Charu has served as Assistant Superintendent of Police in Pulivendula, Cuddapah district, handling faction feuds, then as Assistant Superintendent of Police Eluru, West Godavari district and as OSD (Officer on special duty) in charge of anti-extremist operations in Medak district, where she handled the issue of extremism and rehabilitation of surrendered cadres.

The path she carved out for herself was laden with difficulties. She says she battled discrimination while on her way up to leadership position. “When I joined the force, it was difficult in the male-dominated field. Media always wanted to know where I go, whom I meet and so on. It was almost as if I didn’t have a personal life.

But things gradually changed,” says the upright officer with a no-nonsense attitude.Talking about the highs of her career, she says, “When I was the SP of Prakasam district, I worked closely with the Chenchu tribals, educating them not to support extremists. Then, I was SP Intelligence Security Wing, and then SP, Nizamabad district. When I was posted as SP, Chittoor, I worked for the restoration of property rights of HIV affected women and children thrown out of their homes,” says Charu. 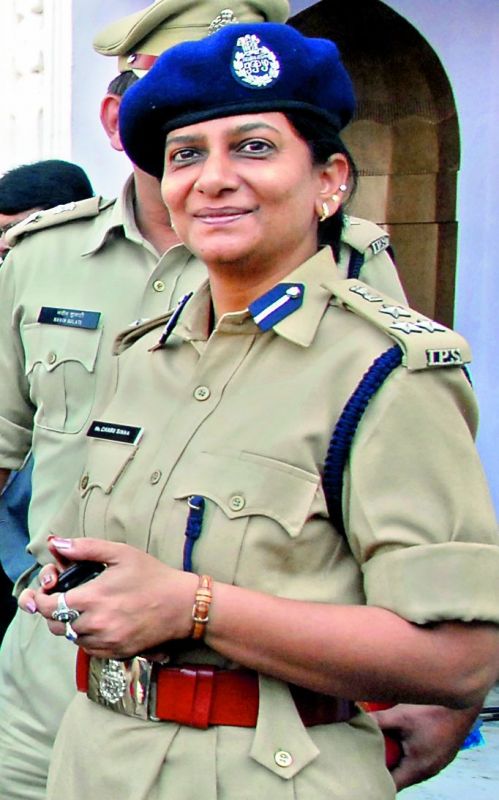 Her community policing initiatives ensured that all the members of the dalams surrendered with their weapons, without shedding a drop of blood, and extremism was rooted out completely. When she was posted as Joint Director Anti-Corruption Bureau, she fought against corruption.

A graduate in English Literature, History and Political Science, from St. Francis College for Women in Hyderabad, she did her post-graduation in Political Science from Hyderabad Central University. During this tenure as IGP training, she has incorporated the Israeli military self-defence technique, Krav Maga, for police constables in their respective units across the State. “The first semester focuses on life skills, community policing, public speaking and Krav Maga. The second semester deals with awareness on child sexual abuse, human trafficking, gender awareness, tactics, cyber crimes and economic offences,” says Sinha. How does she unwind? She enjoys travelling, loves reading and spending time with her pet dogs.